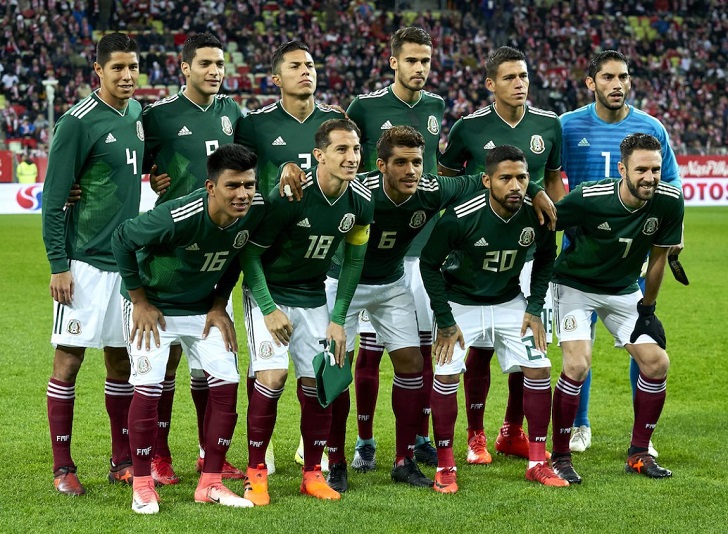 The Mexican national team is the most successful team in the CONCACAF region having won seven CONCACAF Gold Cups and three CONCACAF Championships. The team has also won three North American Nations Cups and one CONCACAF Cup. FIFA has ranked the country in 16th position.

Representing Mexico, the team is controlled by the Mexican Football Federation (Spanish: Federación Mexicana de Fútbol). The Mexico national team, along with Brazil and Germany, are the only nations that made their appearances over the last six World Cups.

The team is currently managed by the head coach, Juan Carlos Osorio. He was named as the new manager of the team in October 2015. He is a former Colombian player who made his debut in 1982 with Deportivo Pereira.

Nicknamed El Recreacionista, for his unorthodox training methods, Osorio has worked as an assistant coach. He started his coaching career with Millonarios in 2006. He has managed Major League Soccer teams Chicago Fire and New York Red Bulls, Once Caldas, and Atlético Nacional before joining the Spanish national team.

Mexican professional, Hirving Lozano plays as a winger for Dutch club, PSV Eindhoven, and the Mexico national team. He signed the six-year contract with the club in June 2017. He is popular by his nickname, Chucky.

Lozano has won Liga MX: Clausura 2016 and CONCACAF Champions League: 2016–17 with the club Pachuca. He joined the club in 2009 as part of its youth team. Lozano applied a bullet header to Jesus Corona’s well-worked cross, leading the team to victory in the qualifier match against Panama.

Javier Hernández, a Mexican professional player commonly known by his nickname Chicharito, plays as a striker for the Mexico national team and the English club West Ham United.

Started his career in 2006, playing for the Mexican club Guadalajara, Hernández is the first Mexican player to join Manchester United. He joined the club in July 2010.

Hernández was named the most valuable player of the tournament, Gold Cup 2011, and was the top scorer with seven goals.

Mexico made their FIFA debut in 1930 and has made 15 appearances to date. Mexico has been qualified to the 2018 World Cup making a 1-0 victory over Panama in September 2017.

Mexico will be playing the matches against Germany, Korea Republic, and Sweden in the second edition of the tournament, FIFA World 2018.

Have a look at this World Cup Schedule for more information about the groups and matches.