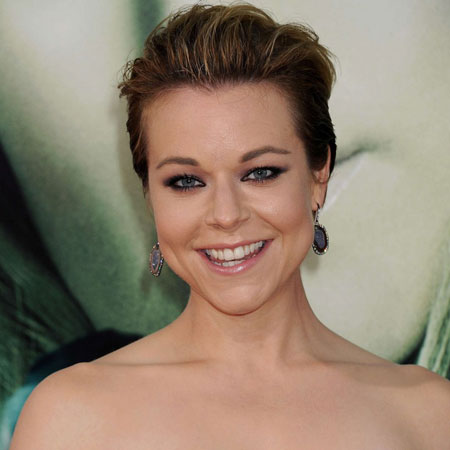 American actress, Tina Majorino is known for playing Mac Mackenzie on American neo-noir mystery comedy-drama film, Veronica Mars and Deb in the American comedy film, Napoleon Dynamite. Majorino began acting as a child actor, starring in movies such as Andre,  Corrina, When a Man Loves a Woman, Corrina, and Waterworld. She was also listed at No. 42 on the E! special 50 Cutest Child Stars: All Grown Up.

Tina Majorino was born Tina Marie Majorino on 7th February 1985 in Westlake, Los Angeles, California, the U.S under the birth sign Aquarius. She belongs to Mixed ethnicity/race-she belongs to the Italian, Cuban. French, and English descent, and she holds American nationality.

Majorino was born to real estate agents, Bob Majorino, and Sarah Majorino. Her mother is of English, Scottish, German, and Filipino ancestry whereas her father has Italian, Cuban, and French descent. Majorino has a brother, Kevin Majorino, with whom she formed a rock band, The AM Project.

Regarding her academics, Majorino graduated from high school in 2000. There is no further information regarding her education.

Tina Majorino started her acting career since her early age. Majorino kicked off her career in television with a major role of Sophie Wilder in the 1992 American television sitcom, Camp Wilder, her breakthrough role. In the series, she shared the screen with Mary Page Keller, Jerry O'Connell, and Meghann Haldeman.

Some of her popular TV series includes:

Majorino then appeared in various movies, such as Napoleon Dynamite, Think Tank, What We Do Is Secret, A Sharp, and Veronica Mars among others.

Tina Majorino's Net Worth And Salary

Tina Majorino started earning a good amount of money from an early age and coming to the 30s, she has already established as a star. As of early 2019, Tina Majorino's net worth is estimated to be around $1.5 million. She earned an impressive sum from her appearance in TV series and movies.

Usually, the average salary of Hollywood actors is $1510k-$300k. Majorino also might earn the same amount. She has been a part of several box office hit movies where she shared the screen with several renowned actors. Some of her box office movies are:

Majorino has many upcoming projects from which we can a s sume to see a rise in her net worth in the coming future.

She is currently has a recurring role of Florence in an American action drama TV series, Scorpion. She has appeared in other series such as Legends, Grey's Anatomy, True Blood, Napoleon Dynamite, Bones, The Deep End, Veronica Mars, and Camp Wilder.

Tina Majorino is a fun loving person. She has a great love for nature and animals, especially dogs. She has kept many dogs and posted many of the memorable moments with her dogs on her Instagram account. One of her dog Daisy Jane died in July 2018.

She loves to spend her free time with her friends as seen on her social networking sites. She has posted many pictures with her male friends on her Instagram but has not confirmed her relationship with any of them.

Tina Majorino is yet to be married. Majorino prefers low key personal life and doesn't share about her relationships. She is not spotted with any men on a romantic date and even has not introduced anyone as her boyfriend. So, with the limited information, she has provided about her love life, she is possibly single in the present days.

Majorino is active on social media including  Instagram and Twitter where she usually promotes her work. She is quite close to her family and often makes time to spend with them despite her busy schedule.

This is my papa. And one of the greatest blessings of my existence is being his kid. #happyfathersday to you, Yevo. I love you the biggest. I hope I make you as proud of me as I am of you. (nice capris)

Majorino has a potentially life-threatening allergy to peanuts and related nuts. She also appeared in the music video of American singer, songwriter, dancer and actress, Pink's single, "F**in' Perfect."

Here is the short video of the interview with Tina Majorino: