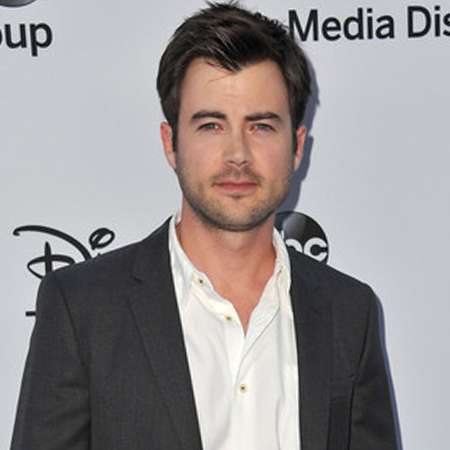 Matthew Clayton Long, in short and known to the world as Matt Long, is an American actor born in the year 1980 May 18 at Winchester, Kentucky, US. He has been active in the entertainment industry since 2001 till date. He has appeared in the several of the Box Office Hits. He has played as the Jack McCallister in Jack & Bobby, younger Johnny Blaze in ghost rider and Tyler Prince in the Sydney White. Matt started his filmography career in the year 2001 from the movie The Greatest Adventure of My Life as Private Smith. Later on he started playing the television movies and series from the year 2004. His most recent appearance in television is in Lucky 7 as Matt Korzak in the year 2013.

Matt was born to an assistance teacher, his mother and his father an insurance salesman. He has a younger sibling named Zach. Matt has graduated from Western Kentucky University and was a member of Sigma Alpha Eplison fraternity whilst in his University. After finishing his graduation, he moved to New York City and started working as a theater actor in several of the theatres and in different theatre performances.

Matt started his career as an actor since the very young age. He used to appear in number of plays since his elementary school. While acting at Williamstown Theatre Fest, Matt was noticed by his current manager and then he got his lead role as Jack McCallister in Jack and Bobby. He later on appeared and started acting in several of the films, series, programs that made his popularity to grow.

Matt is a handsome man with the manly features standing the height of 5 feet and nine inches tall. He has the nice cut body shapes that make him look attractive. He is very dashing and looks incredibly sexy without his shirts on that makes his female fans go crazy. He was listed as one of the sexiest man in November 2004 edition of People magazine. His shirtless pictures can be seen in the internet websites and in the different films and series he appeared on.

Talking about the personal life of Matt Long, he is a married man. He is not available. He is married to his University Sweetheart Lora Chaffins. They both met each other at the Kentucky University. The couple got married in the year 2005 April 11 and are spending happy and joyful life. Thus proves he is not a gay. There is no any argument or issues has arisen in their relation yet nor the rumors to drag about their divorce this soon. There is no speculation current affair or girlfriends of Matt. Matt is currently living in Los Angeles with his wife. He loves to go outdoors. He enjoys hiking and backpacking when he is off his work.

Matt Long, the name, is often confused with a firefighter Matthew Long and baseball player Matt Long and also with the racing champion Matt long as all four are famous in their field and has the common name. He is active in social networks like facebook, Twitter, etc and been liked and followed by thousands of his fans. There is no information regarding his interest on pottery making, ceramics, etc.