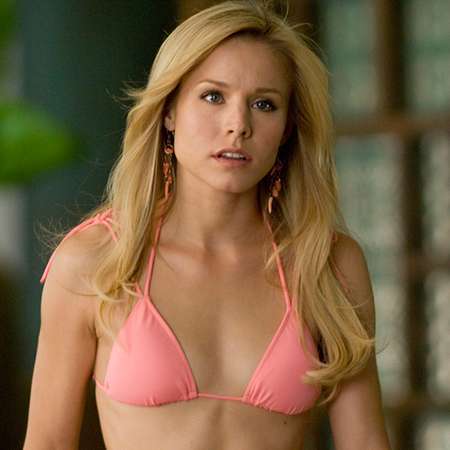 Kristen Bell is an American actress and singer who has notably appeared in Veronica Mars, Gossip Girl, The Good Place Forgetting Sarah Marshall, Bad Moms, When in Rome and The Lifeguard.

She is also widely known for providing the voice of Princess Anna in the animated film, Frozen. She has been married to Dax Shepard with who she shares two daughters.

Kristen Bell was born as Kristen Anne Bell on July 18, 1980, in Huntington Woods, Michigan, the United States of America.

Her father, Tom Bell, was a television news director in Las Vegas, Nevada. Her mother, Lorelei Frygier, meanwhile, was a registered nurse.

Her father has German, Scottish and Irish ancestry while her mother is of Polish descent. She studied at Shrine Catholic High School in Royal Oak.

While in college, she took part in the drama and music club; she appeared as Dorothy Gale in the school's 1997 production of The Wizard of Oz.

While in high school, she also appeared in productions of Fiddler on the Roof, Lady, Be Good and Li'l Abner. She graduated from college in 1998.

In 2006 she played the lead role in film Pulse which is the re-make of J-Horror film.Similarly she was also part of the television series Heroes where she played the character of Elle Bishop.

She has also acted in various comedy films such as You Again, Fan boys, couple retreat and When in Rome. In 2013 she gave her voice to the character of Princess Anna in Disney animated film Frozen which is said to be the highest-grossing animated film of all time.

As for her remarkable contribution, she was nominated various times for Television Critics Association Awards as well as Teen Choice Awards. She won two awards Satellite and Saturn awards. She was interested in drama and music from her school days and was also part of clubs. She was involved in various kinds of activities related to drama. She was also named as the Best looking Girl in her school.

Kristen Bell has been married to actor Dax Shepard since 2013. She started dating the Zathura actor in 2007 after calling it quits with film producer Kevin Mann earlier that year.

The amazing couple got engaged in January 2010 and later exchanged vows in a beautiful ceremony in October 2013. They are blessed with two adorable daughters Lincoln, 6, and Delta, 5. 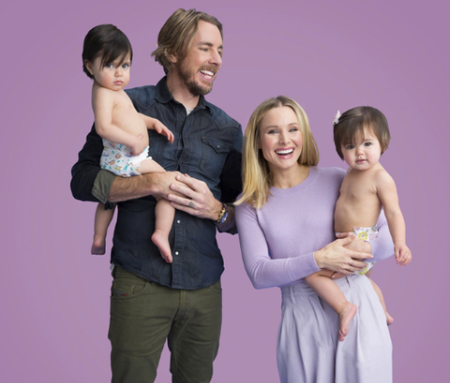 Kristen Bell earns a decent amount of money from her career as an actress. According to the Celebrity Net Worth website, Bell has an estimated net worth of $20 million.

She currently lives in a luxurious house in Los Angeles, California, with her husband Dax Shepard and their two children.