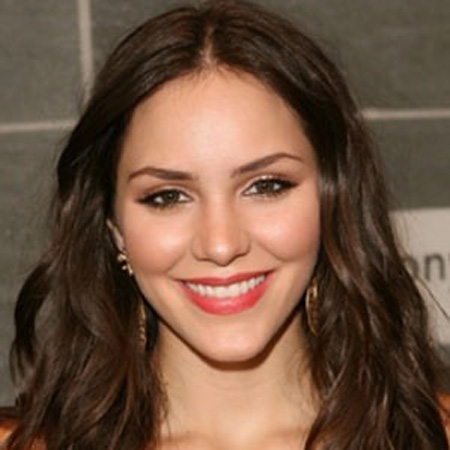 Katharine McPhee is an American singer, songwriter, and actress who earned a wide recognition after featuring as the runner-up on the fifth season of American Idol. McPhee then released several albums and single from where she earned a good net worth and also earned a huge popularity. Along with music, she also pursued her career in acting. McPhee is famous for her role as Karen Cartwright on Smash and has worked in the movie Scorpion as Paige Dineen.

Regarding her personal life, she is engaged to 68-yeard old record producer, David Foster after multiple failed relationships.

When she was twelve-year-old, her family moved to Los Angeles. Her mother was the one to recognize her talent and decided to train her.

McPhee joined Notre Dame High School where she used to perform in school plays and musicals. She completed her graduation in 2002 and then attended Boston Conservatory for three semesters, majoring in musical theatre. Before completing her college graduation, she left the college and returned to Los Angeles to try for the television pilots.

After McPhee was cast in a television pilot she dropped out of college. Then she auditioned in a mall-based MTV soap opera pilot, You Are Here. Further, she played Annie Oakley in the musical, Annie Get Your Gun which was produced by Cabrillo Music Theater.

Katherine McPhee started her career in music in 2005 after participating in a reality show, American Idol season 5.

McPhee gave an audition for a reality show, American Idol season 5 in San Francisco where she sang God Bless the Child. She was selected as a participant after her amazing audition. After the first round of the Hollywood week, the artistic singer sang I'll Never Love This Way Again by Dionne Warwick.

She came in bottom 2 for only twice in the entire season. She lost the title to Taylor Hicks.

After the American Idol, McPhee signed a recording deal with 19 Recordings Limited and Sony BMG's RCA Records on 6th June 2006. She then performed in several concerts and stage shows.

On 27th June 2006, McPhee released her debut single, Somewhere Over the Rainbow/My Destiny which hit #12 on the Billboard Hot 100. The song also became the second-highest best-selling single of 2016 after Do U Make You Proud by Taylor Hicks.

On 30th January 2007, she released her self-titled debut album which sold over 116k copies in the first week. It also hit #2 on the Billboard 200 Albums Chart. The album's two single, Over It, was certified gold in RIAA Chart. In 2010, she released two albums Unbroken and Christman Is the Time to Say I Love You. Both albums made an impressive sales.

My very first TV special is airing now! PBS Soundstage with Katharine McPhee & Friends. Featuring in this vid the amazing @fredyonnet. Check your local listings. Ya know, just trying to defend my title as the Queen of Jazz-Pop!

McPhee made her movie debut as a cameo role, Paramount Girl in the musical film, Crazy, which was based on the life of Hank Garland. The movie debut Ali Larter, Waylon Payne, and Steve Vai.

The following year, she portrayed the character of Harmony in the comedy film, The House Bunny starring Anna Faris, Colin Hanks, and Emma Stone.

Katherine McPhee's contribution in music and acting field helped her to get nominated for several awards. She also won some of the nominated awards which include

Some of her nominated awards include Ovation Awards and Teen Choice Awards.

Katherine McPhee's Net Worth And Salary

With such earning, Forbes ranked McPhee in top 10  American Idol performers with earning $1 million for the music and acting career for the period May 2010 to May 2011 in July 2011.

McPhee also earns a good amount from her endorsement deal. In 2006, she signed a two-year endorsement deal with Sexy Hair Concepts. In addition, she also became their first celebrity spokesperson for their hair-care product line.

McPhee signed a two-year endorsement deal with Neutrogena. She filmed her first commercial in 2008, which was aired on television in May 2008 and on Neutrogena's skinid.com website.

McPhee owns several houses in different places which include:

Katherine McPhee is involved in several charities. McPhee founded a charity, McPhee Outreach in 2006 which is established to join with several organizations to help the needy ones.

In the past, her foundation collaborates with the Lollipop Theater Network to provide music outreach to help the sick children in Southern California hospitals.

She also joined with many actresses Alyson Hannigan, Jaime King, Minka Kelly, and Emily Deschanel in a video in October 2009 to promote regular breast-cancer screenings for the organization Stand Up To Cancer. In 2012, she traveled to Africa to help the needy people of the place.

Katharine McPhee has struggled with eating disorders. At the age of thirteen she began starving herself, and when she was just seventeen she became bulimic. Due to her binge-eating,  she gained a lot of weight and was ill. After seven years of illness, and passing through the American Idol audition, she entered a three-month rehabilitation program.

During her season of American Idol, she lost 14 kg. In an interview with Teen Vogue, she said,

Katharine McPhee married Nick Cokas on 2nd February 2008 at Beverly Hills Presbyterian Church. But the relationship did not last long and McPhee filed the divorce in 2014 and separated in 2016. The reason for their marriage to fail was McPhee's extra-marital affair with director Michael Morris.

McPhee cheated on her 19 years senior husband Coaks with the ''Smash'' director Morris who is a married man, he is married to Mary McCormac and has two children with the actress. Talking about the scandal, Mcphee said,

''I don't have any regrets. All of the choices I made I learned from in a really deep way.''

As of 2018, she is engaged to 68-yeard old record producer, David Foster. Initially, the couple was spotted kissing on a dinner date but both of them never spoke a word about their affair. The couple is now set to marry and to start their life as husband and wife.

Here is the video which shows five facts about Katherine McPhee and David Foster: