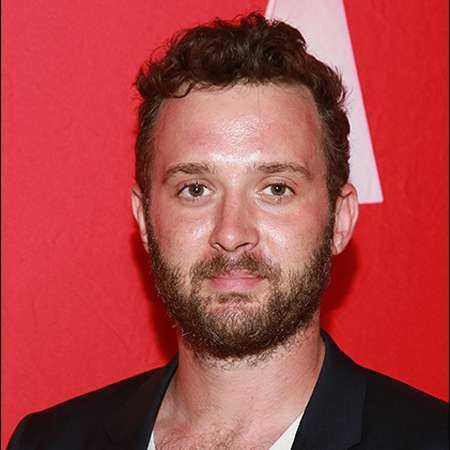 Eddie Kaye Thomas is an actor of television and film and also a comedian and stage actor of American nationality. He is famous for appearing in the series, American Pie as a Paul Finch.

Eddie Kaye Thomas was born on the 31st of October, 1980 in Staten Island, New York City, New York. He is of American nationality and belongs to Ashkenazi Jewish ethnicity.

He was enrolled in New York’s Professional Children’s High School for his studies.

Thomas started his career as an actor at the mere age of seven. He appeared in the 1992 movie Four Baboons Adoring the Sun and also on the 1997 film The Diary of Anne Frank.

He debuted on-screen in an episode of Are You Afraid of the Dark? and also appeared on two episodes of Law and Order on the year 1996. He played different characters each time and appeared also in the independent movie Illtown. His other endeavors in independent movies include appearing in The Rage: Carrie 2 as well as the motion picture Black and White. His other appearance includes acting as Freddy on Freddy Got Fingered and as Rosenberg in the 2004 movie Harold and Kumar Go To White Castle.

Thomas has also got the chance to be portrayed in the television series Off Centre on 2001 2002. ‘Til Death showcased him on television on the first two seasons, on 2006 and 2007. Eddie has managed to make appearances also on the television shows like CSI: Crime Scene Investigation as well as on American Dad!. He is also the face of the commercials of Snickers as well as Nike and is a member of the TV series Scorpion now.

The net worth of this actor is an estimated $5 million but his actual salary is not known yet.

Eddie Kaye was in a relationship with actress Ari Graynor previously. The couple was together on 2008 but their relationship, which split soon, was a short-lived one. It seems that this was the only association Thomas had in the entertainment fraternity as he has never been associated with any of his co-stars or actresses yet.

He might have a girlfriend outside the entertainment fraternity but this lad wishes not to disclose details about his love to the public. A secretive personality, he seems to be doing a good job of hiding details about his girlfriend from the public. He thus has no known affair yet. He has also supposedly never been married and thus does not have a spouse. He also has no children yet and has never been assumed to be a gay or a bi-sexual.