Why did Scarlett Johansson and Romain Dauriac get divorced? 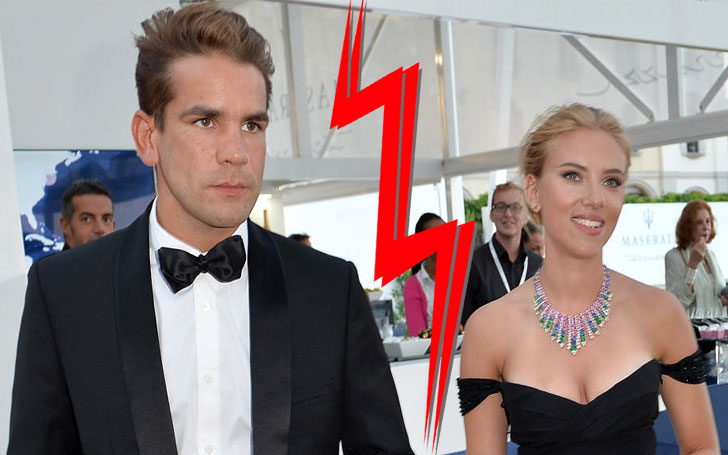 Scarlett Johansson, one of the highest grossing Hollywood actress of all time, was married to Romain Dauriac for two years before she filed for divorce in 2016.

The pair who was together since 2011 got married in October 2014, have a 3-year-old daughter Rose Dorothy Dauriac.

So, Why Did Scarlett Johansson File For a Divorce?

“Mr. Dauriac is tired of having to run his life, and his child’s life based on Ms. Johansson’s shooting schedule,” Dauriac’s lawyer Hal Mayerson told Associated Press on Wednesday. Dauriac stated that he was too “tired” of dragging their daughter to her work. That could be what fueled the failure of their marriage.

The couple posed in front of the camera for pictures together at the opening of their gourmet popcorn store yummy Pop, in Paris in January, but, are reportedly separated since the summer of 2016. 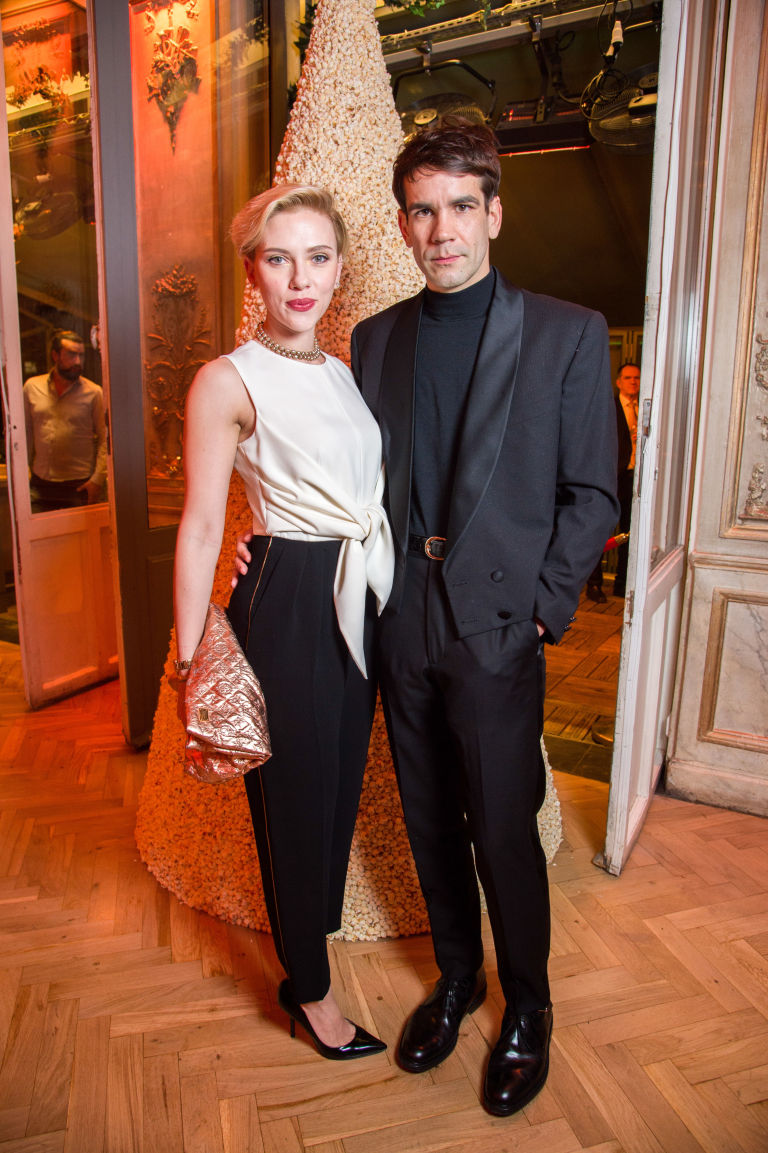 Scarlett and Romain were last seen together in Paris

Maintaining a healthy marriage is hard enough for regular people with a regular schedule, it seems to be even tougher for celebrities like Scarlett Johansson. And this being her second divorce in less than five years proves the case

What's the follow up on Scarlett Johansson and Romain Dauriac's divorce?

They both are now battling for the custody of their daughter. The divorce filing made custody filing a ‘'public spectacle’' Dauriac commented.

“He plans to petition the court to allow him and his daughter to move to France,” Dauriac’s lawyer, Harold Mayerson, tells People. “He believes that her schedule makes it impossible for her to have primary custody.”

Johansson whereas has denied commenting publicly on the matter. People of the Twiter, however, have been pretty vocal about this matter.

@SpencerKarter Do u hear that #ScarlettJohansson has filed 4 divorce from her husband of less than 3 years, #RomainDauriac?

Here's what Scarlett Johansson has to say:

Scarlett Johansson issued a statement saying :“As a devoted mother and private person and with complete awareness that my daughter will one day be old enough to read the news about herself, I would only like to say that I will never, ever be commenting on the dissolution of my marriage. Out of respect for my desires as a parent and out of respect for all working moms, it is with kindness that I ask other parties involved and the media to do the same. Thank you.”

Who will win the custody battle for their daughter, Scarlett Johansson or Romain Dauriac?

The filing of divorce has led Scarlett and Romain into an intense legal battle for the custody of their 3-year-old daughter, Rose. Scarlett Johansson with her daughter, Rose

As per who is going to win this custody battle, some experts are saying Scarlett Johansson's busy world schedule could work as a disadvantage to her while others are saying that the court will also see where the child has more significant roots. Let's see how this turns out!

How long was Scarlett married to her ex-husband Ryan Reynolds?

As we all know, Ryan Reynolds is currently married to Blake Lively and they have two daughters together. However, just a couple of years back that is still 2011, he was married to Scarlett Johansson. Ryan and Scarlett got married in 2008. Scarlett Johansson suggested in various interviews that her marriage to Ryan Reynolds was competitive and the fact that they both were actors might have been why it didn't work out.

She went on to marry Romain Dauriac in 2014, he is not from the movie industry, and even that didn't work. Guess when the time's not right, the time's just simply not right!

The mother of one who is recently divorced is reportedly dating her Avengers' co-star Chris Evans. They were seen together in 2017 Oscars which started the rumor. Scarlett Johansson and Chris Evans at the London premiere of Avengers

They were seated together during the Oscars and had the natural dynamic, the ''chemistry'' which have led people to believe that they might actually be a thing!

Scarlett has made remarks about how monogamy isn't natural to human beings, and not everybody can monogamous.

She did clarify later that she has always been in monogamous relationships and believes in love. But who knows! And who knows maybe Chris and Scarlett might actually be dating! Let's wait and see what happens!