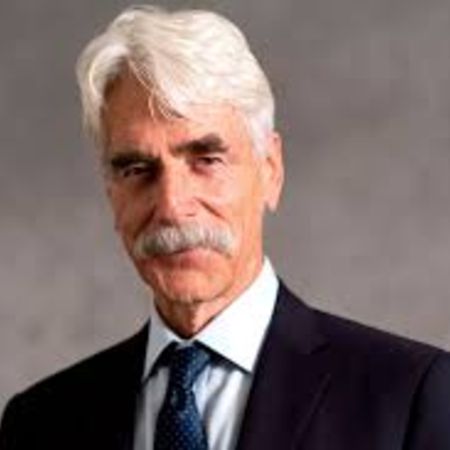 Amerian actor Samuel Pack Elliott, better known as Sam Elliott, established himself in Hollywood from his untiring work. He has nearly 100 films credit under his belt. Elliott is widely known for his role as Pickett Smith in Frogs, Johnny Lawler in Molly, and Rick Carlson in Lifeguard. He also appeared in Marvel movies like Hulk and Ghost Rider. He earned a nomination for Various Awards, including Academy Awards, Golden Globes, and Primetime Emmy Awards for his work in the entertainment business.

Sam Elliott was born as Samuel Pack Elliott on 9th August 1944 in Sacramento, California, United States. Elliott is American by nationality and belongs to the White ethnicity.

Sam is the only son of Glynn Mamie, a physical training instructor and high school teacher, and Henry Nelson Elliot, who worked in the Department of the Interior. His family moved to Portland, Oregon, when he was 13 years old.

Sam graduated from David Douglas High School in 1962. After completing high school, he joined the University of Oregon, where he majored in English and psychology, however, dropped after two terms. He moved to Vancouver, Washington, and completed a two-year program at Clark College.

After completing his education at Clark College, Sam Elliott returned to the University of Oregon and continued his study, but he dropped again after his father died due to a heart attack.

The 75-year-old American actor has been working in Hollywood and television for more than five decades. He has $10 million of net worth from his work in the entertainment industry. As for his wife Katharine Ross, she has gathered $5 million of net worth. So the couple has $15 million net worth together.

The significant portion of his earning comes from his acting career in film and television. Talking about the films he has worked in, most of them went on to be a blockbuster hit. Some of them are listed below.

The actor also appeared in various television series, from which he undoubtedly collected thousands of dollars.

Talking about the millionaire's house, he has two luxurious houses; one in Malibu, California, and another in Harrisburg, Oregon. He has spent millions of dollars to acquire the properties. He also took ownership of his parents' house, where he grew up, after the death of his mother in 2012.

Samuel Elliott debuted from the television series Felony Squad in 1968, and a year later, he got his first role in the movie Butch Ca s sidy and Sundance Kid. Sam got his first major role as Pickett Smith in 1972 movie Frogs. After that, he landed major roles in Molly and Lawless John, Lifeguard, and The Legacy.

Elliott debuted as a producer from the 1987 movie, Gone to Texas. Later in 1992, he was nominated for the Golden Globe Award for Best Actor in Miniseries or Television. Similarly, Elliott later won a nomination for the Primetime Emmy Awards for his role in Buffalo Girls in 1995.

Elliott joined the cast of Marvel series for the movies Hulk and The Ghost Rider. He got many nominations, including Academy Award and Screen Actors Guild Awards, for his role in 2018 movie A Star Is Born. 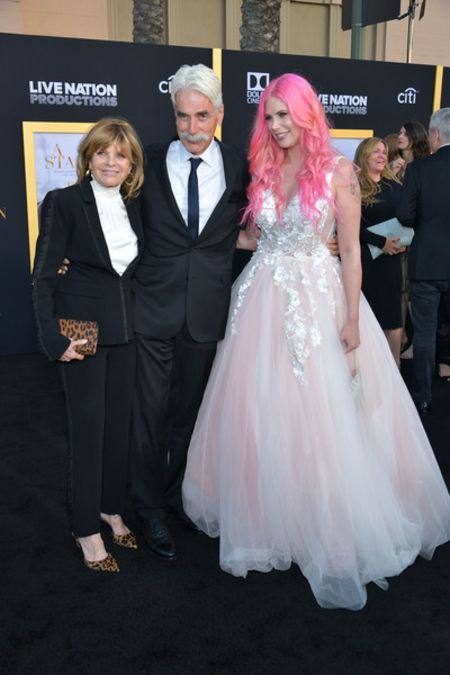 Sam Elliott at the Premier of A Star Is Born SOURCE: Getty Image

He also gave his voice for various characters in television series and films, including Barnyard, Marmaduke, The Good Dinosaur, and Rock dog. As of 2019, he voiced the character of Trusty in the movie Lady and the Tramp.

Married To Co-Star of The Legacy

Sam Elliott is a married man and has a child with her. He married The Legacy co-actress, Katharine Ross. The couple first met on the set of the movie Butch Ca s sidy and The Sundance Kid and later met in the movie, The Legacy, from which they began dating. 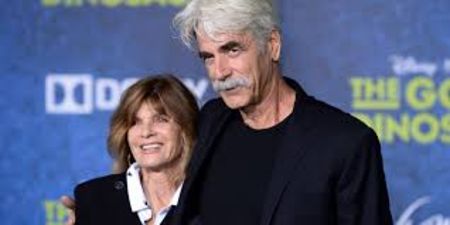 The couple dated for six years and tied the knot in 1984, and the same year, they welcomed their first child  Cleo Rose Elliott on 17th September 1984. Sam's daughter worked as a musician in Malibu, California.

The couple is living together for more than three decades without any issue or controversy about their relationship.