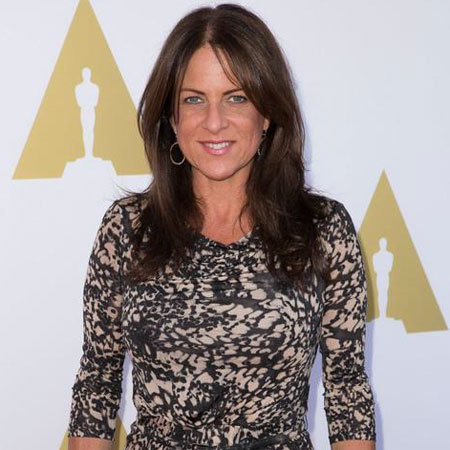 Katharine Ross is a famous American film and stage actress. She first came to prominence by portraying the character of Elaine Robinson in ‘The Graduate.’

She has featured in many all time-hit movies like Butch Cassidy and the Sundance Kid and The Stepford Wives. She was nominated for Oscar award and BAFTA Film Award in 1969.

On 29th January 1940, in Hollywood, California, in the United States, Katharine Ross was born to mother, Katharine Hall, and father, Dudley T. Ross. His father was a Navy officer. Her family later settled in Walnut Creek in California.

In the year 1957, Ross graduated from the Las Lomas High School. After completing her high school, she went to the Diablo Valley College to pursue higher studies. At the time, she also made her onscreen debut by featuring in a student film. As far As her ethnicity and nationality are concerned, Ross is a White American.

In 1962, Katharine Ross made her television debut from the American legal drama 'Sam Benedict,' after working in a few stage productions. She then appeared in other shows like The Virginian, Arrest and Trial, Gunsmoke and The Alfred Hitchcock Hour.

In 1965, Ross made her film debut from the Oscar-nominated American civil war film Shenandoah. After a year, she played the supporting role in a 1996 film, The Singing Nun. Ross gained fame after portraying the significant role of Elaine Robinson in the Oscar-winning 1967 movie ‘The Graduate.’

The film was a commercial hit which received positive reviews and grossed a tremendous box office collection of $104.9 million worldwide.Its producing cost was only $3 million. After a couple of years, Ross played one of the leads in 'Butch Cassidy and the Sundance Kid.’

After featuring in some movies in the early 1970s, Ross portrayed the lead character in the 1975 American sci-fi thriller The Stepford Wives. Besides, she has also made her remarkable appearances in several TV shows and TV movies including 'Wanted: The Sundance Woman,' (1976), 'Murder by Natural Causes' (1979), and 'The Shadow Riders' (1982) as well.

In the year 2017, Ross appeared in the movie ‘The Hero’ alongside Laura Prepon, Krysten Ritter, and Nick Offerman.

The Graduate actress, Katharine Ross has been married five times till date.Ross married her boyfriend, American actor, Joel Fabiani on February 28, 1960, after dating for a couple of years. The pair finalized their divorce in 1962.

Following the divorce, Ross married John Marion in 1963, however, the marriage lasted only for three years. After two failed marriages, Ross married Conrad L. Hall. After spending five years in the relationship, their relationship came down to divorce in 1975.

Ross’ fourth marriage was to Gaetano Lisi also ended in divorce.  After having four unsuccessful marriages, Ross eventually married Sam Elliot in the year 1984.They have a daughter, Cleo Rose Elliot who was born on September 17, 1984. The couple is currently living a happy married together.

As one of the well-paid actresses in the film industry, Katharine Ross has collected a considerable amount of money. According to Celebrity Net Worth, Ross has an estimated a net worth of $5 million in 2017. Ross has made her money through her acting career and publishing many well-known children’s books.

One of her hit movies, ‘The Graduate,' made a hefty box office collection of $104.9 million worldwide against its filming cost of $3 million. She is 5 feet and 4 inches tall.

Katharine Ross garnered several prestigious awards for her numerous vital roles in many movies. For the 1967 film, ‘The Graduate,' she received a Golden Globe Award under New Star of the Year- Actress category and the Laurel Award for the Best Female Supporting Performance.

Ross was also nominated for Oscar Award and BAFTA Film Award in 1969. She received the ‘BAFTA Award’ for ‘Best Actress’ for her characters in ‘Tell Them Willie Boy is Here’ and ‘Butch Cassidy and the Sundance Kid.'