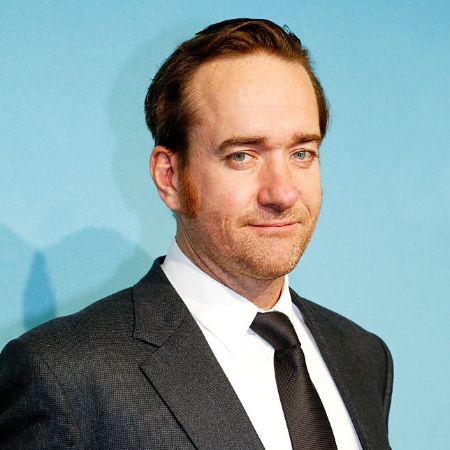 Born and raised in Norfolk, Matthew Macfadyen is an English actor. He gained fame from his roles in Spooks, Mr. Darcy, Frost/Nixon, Pride & Prejudice, and Death at a Funeral. The actor also won a British Academy Television Award for his role in Criminal Justice. He currently stars on the Netflix TV series Succession.

Matthew Macfadyen was born on 17th October 1974, in Great Yarmouth, Norfolk, England. He belongs to a mixed ethnicity and holds English citizenship.

Matthew is the son of Meinir Owen (mother), a drama teacher as well as a former actress and Martin Macfadyen (father), who worked as an oil executive. He spent his childhood, traveling various places all over the world, including Jakarta and Indonesia due to his father's job.

The actor enrolled at Oakham School in Rutland. He later graduated from the Royal Academy of Dramatic Arts in 1995.

Worked In Theater While Studying

Matthew Macfadyen started his acting career from the drama The Crimson Island in 1994 while studying at Royal Academy. His other work in theater drama includes A Midsummer Night's Dream, Much Ado About Notting, and Henry IV.

Matthew landed his first professional acting job in the television movie Wuthering Heights in 1998. Two years later, Macfadyen made his big-screen debut, playing in a 2000 feature film Maybe Baby. He shared the screen with Kate Winslet and Dougray Scoot in a movie Enigma in 2001.

In 2002, the actor was cast in a television series Spooks. He played Tom Quinn in series until 2004. He was also nominated for BIFA Award for his role in the 2004 movie In My Father's Den. Subsequently, Macfadyen appeared in many movies, including Pride & Prejudice, Grindhouse, Frost/Nixon, Robin Hood, and The Three Musketeers.

Matthew Macfadyen is an English actor who has earned good wealth from his career. According to celebrity net worth, he has an estimated net worth of $3 million, as of 2020.

Here is the list of some box office hit movies the actor appeared in,

Matthew Macfadyen married Keeley Hawes in November 2004. Matthew met his future-wife Keeley on-set of the television drama series Spooks in 2002. At that time, Keeley was already in a marital relationship with DJ Spencer McCallum. She tied the knot with Matthew the same year she divorced with her previous husband DJ, in 2004.