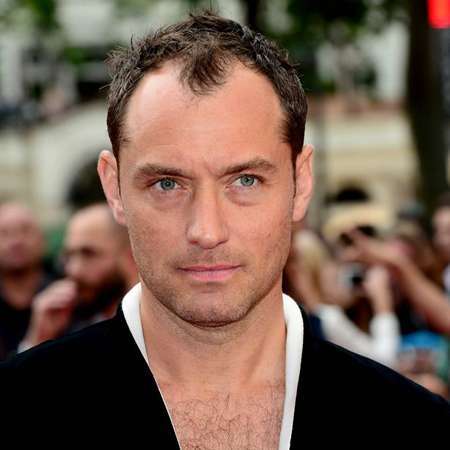 Jude Law was born as David Jude Heyworth Law on 29th December 1972 on Lewis ham, London, England. His mother, Margaret Anne and father, Peter Robert Law were both comprehensive school teachers. He spent most of his childhood in Borough of Greenwich with his elder sister Natasha who is currently an illustrator and artist. He was named after the book, Jude the Obscure and the song ‘Hey Jude’. Jude was never destined to be an actor.

Law went on to receive his education from John Ball Primary School in Black heath and Kid Brooke School, before attending Alleyn's School. He was very interested in taking up acting as his career. He thus went on to start acting with the National Youth Music Theater. In 1989he received his first role as Sam in The tailor of Glucester. He has since been seen in many movies. But his internationally acclaimed role was that of Dickie Greenleaf in The Talented Mr. Ripley. For his performance, Law garnered many awards including a BAFTA, Blockbuster Entertainment Award. He was nominated for an Academy Award, Golden Globe Award, MTV Movie Award and many more. His role as Gigolo Joe in A.I. Artificial Intelligence got him nominated in Chicago Film Critics Association Award, Golden Globe award and many more. His 2003 movie Cold Mountain as W.P. Inman got him nominated for an Academy Award, BAFTA Award, golden Globe Award, People’s Choice Award and many more. He additionally won a National Board of Review Award for his role in 2004’s Closer. He was seen in movies like The Aviator, Sky Captain and the World of tomorrow, The Holiday, Sherlock Holmes, Repo Men, Rise of the Guardians and many more. He will soon be seen in Genius s character Thomas Wolfe, Knights of the Roundtable: King Arthur as Vortigen.

Law met actress Sadie Frost in the set of Shopping and the couple went on to get married on 2nd September 1997. The couple has three children named Rafferty, Iris and Rudy. They then had a divorce on 29th October 2003. Frost is the only spouse that Law had. He then went on to date actress Sienna Miller and got engaged in 2004. However, he had an affair with his children’s nanny so the couple separated in 2006. He then had a relationship with model Samantha Burke with whom he has a child named Sophia. He then had a relationship with Catherine Harding with whom he has a child named Ada. However, the couple is no longer together. He is currently dating girlfriend Phillipa Coan. He recently gifted Coan a new Lexus.

Law is currently 43 years old. He stands tall at the height of 6 feet. Law’s career has seen many highs whereas his relationship status has seen many lows however; he has managed to balance both. Law’s estimated net worth is $45 million which shows his huge salary. Law’s bio can be found on various social media sites.