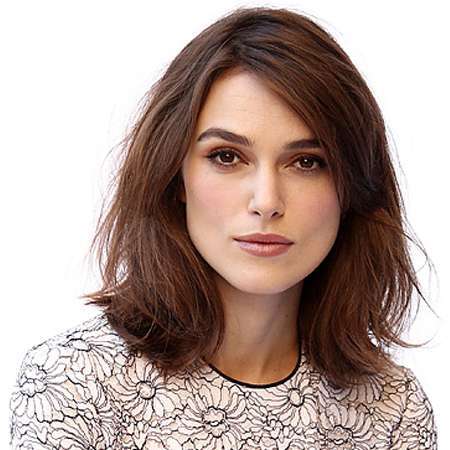 This incredible and multi-talented actress Keira Knightley also received Oscar nominations for The Imitation Game and Pride & Prejudice. Moreover, Keira was also nominated for a Golden Globe, a BAFTA Award, a SAG, and an Academy Award for Best Supporting Actress for her character in the historical drama The Imitation Game.

Daughter of Actor Will Knightly and Playwright Sharman Macdonald

Born on March 26, 1985, in Teddington, London, England, Keira Knightley is the daughter of TV actor Will Knightly and Sharman Macdonald who is a playwright. She has an older brother.

Keira Knightley attended Stanley Junior School, where she completed her early education. Later on, she received a medical treatment for dyslexia at the age of 6. Due to this, she faced some difficulties in her school days.

Keira Knightley made her debut on TV with television film Royal Celebration, which was launched in 1993. She featured as a German Princess in The Treasure Seekers, after performing in television film A Village Affair in 1995. In the same year, Keira appeared in the movie Star Wars: Episode One The Phantom Menace as Sabe.

Keira Knightley featured in the film Bend it Like Beckham, after finishing her school examination in 2001. At that time, she studied art, history, and literature at Esher College. She later took rest from her study.

Keira Knightley featured in Pure in 2002, a British movie about drug addicts. The same year, she portrayed in television mini-series Doctor Zhivago as Lara. Moreover, she portrayed the role of Guinevere, a Celtic warrior in the historical film King Arthur alongside Mads Mikkelsen and Stephen John Dillane in 2004.

Besides acting in the film, Keira Knightley also worked as the ambassador of a number of best-known brands such as Chanel perfume and Osprey jewelers. Further to add, she also appeared in 2004 fantasy swashbuckler film Pirates of the Caribbean alongside Johnny Depp, Geoffrey Rush, Orlando Bloom, and Bill Nighy.

After featuring in the film Atonement, Keira Knightley played in The Duchess, which released in 2008. She also acted in Seeking a Friend for the End of the World in 2012. In the same year, she has portrayed the lead role in Anna Karenina.

This Star Wars actress Keira Knightley was in a relationship with Del Synnott in 2001. She first met him during the filming of Princess of Thieves. However, the couple parted after dating for 2 years.

In the same year, Keira Knightley was romantically involved with her second boyfriend Jamie Dornan, a Northern Irish, model, and actor. The couple seems happy, but their relationship broke in 2005.

Rupert Friend then began dating American athlete and actress Aimee Mullins and engaged in December 2014. After multiple breakups and heartbreaks, Keira finally got married to musician James Righton on May 4, 2013, in Mazan, Vaucluse.

The couple has a daughter named Edie, who was born on May 26, 2015, in London. Later in September 2019, they welcomed another daughter whom they named Delilah.

In March 2020, Keira Knightley said in an interview with Financial Times that she has decided not to do nude scenes anymore after welcoming two children.

Estimated Net Worth of $50 million

Keira Knightley earns a tremendous amount of money from her acting career with a high paid salary. It has been found out that Keira's exact net worth is estimated to be around $50 million.

She was paid $5 million for her appearance in Pirates of the Caribbean: At World's End which made the worldwide collection of $963 million worldwide.

Keira Knightley stands at the height of 5 feet 7 inches and her weight is 54kg. She has a fit body with her body measurement of 32-23-33 inches.