Jeannie Berlin is an American actress and screenwriter. She gained fame from her role in the movie The Heartbreak Kid. Her breakout role in a super hit movie also brought her Academy Awards and Golden Globe Awards nominations. Her other known work includes Sheila Levine is Dead and Living in New York, Margaret, and Cafe Society. The actress also appeared in miniseries The Night Of in 2016.

Daughter of Actress And Inventor

Jeannie Brette May was born on 1st November 1949, in Los Angeles, California, United States. She belongs to white ethnicity and holds American citizenship.

Jeannie is the daughter of inventor Marvin May and actress/director Elaine May. She was raised in Los Angeles with her parents.

Berlin graduated from Yale School of Drama. She later joined New York University's Tisch School of the Arts and obtained a degree in acting.

Debuted At The Age Of 20

Jeannie Berlin started her acting journey appearing in the movie In Name Only in 1969. Subsequently, the actress worked in The Strawberry Statement, Getting Straight, The Baby Maker, and Two on a Bench.

In 1972, Berlin landed the lead role in a movie The Heartbreak Kid, directed by her mother Elaine. The actress got many awards nominations for her work in a movie, including Oscar Awards, and Golden Globes Awards as well.

Furthermore, Berlin's role in a 2011 film Margaret also earned her a Best Supporting Actress. Later, the actress appeared in Inherent Vice and Cafe Society. In 2016, she appeared as Helen Weiss in television miniseries The Night Of. Jeannie Berlin with Kennet Lonergan and J. Smith at the screening of Margaret SOURCE: Getty Image

In 2018, Berlin appeared as Presiden Cecily Burke in the television series The First, sharing the screen with Sean Penn, Natascha McElhone, and LisaGay Hamilton. A year after, she played a recurring role on the HBO hit TV series Succession along with Helen Hunt, Alan Ruck, Jami Gertz, and Jeremy Strong.

Jeannie would appear in a television show Hunter which is set to be aired in February 2020.

Has Net Worth Of $2 Million

Jeannie Berlin has an estimated net worth of $2 million as of 2020. Her acting career is the major driving force in her journey to $million.

On the other hand, her doting mother Elaine May has a net worth of $10 million. 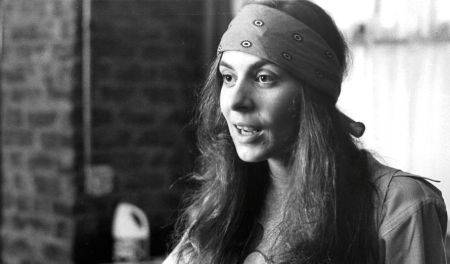 The actress appeared in many commercial hit movies. Some of them are listed below,

Jeannie Berlin is not married yet. But, the actress was in a relationship with a mysterious guy John Miller. Talking to the New York Times, Berlin revealed her romantic love story with John back in 1973,

But about my being in love with my boyfriend . . . well, I've known him about six months. He's fun to be with. We put jigsaw puzzles together, and we write together. He's helping me with my script about my grandmother's life. It's really great to find somebody that you like to do all these different things with. John is having a hard time with his own writing. Being talented is one of the last things producers care about.

Despite their loving relationship, the couple did not last long and broke up after years of dating. As of now, the actress is probably leading a single life.