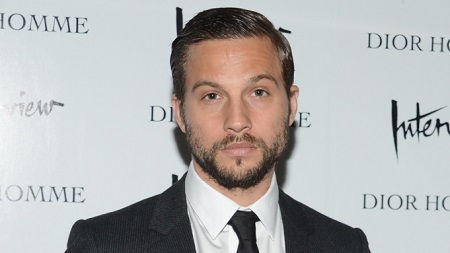 Logan Marshall-Green is an American actor who is known for his work in television series 24, Traveler, Dark Blue, Quarry, and Damnation. The actor also worked in many successful movies including Prometheus, As I Lay Dying, Marvel comics movie adaptation Spider-Man: Homecoming, and Upgrade. Many people confused him with actor Tom Hardy as they both look like a twin but they are not related.

Graduated With Acting Program At The Tisch School Of The Arts

Logan Marshall-Green was born on 1st November 1976 in Charleston, South Carolina, United States. He holds the American nationality by birth and belongs to white ethnicity.

He is one of twins children of father Russell Green and Lowry Marshall. Both his parents were teachers. He along with his twin brother Taylor Marshall-Green was raised by his mother Lowry.

Logan and his brother Taylor went to Barrington High School. Then he went for an undergraduate program at the University of Tennessee, Knoxville. He graduated with a master's in fine arts in Acting from New York University's Tisch School of the Arts.

Logan Marshall-Green debuted as an actor from the television series Law & Order: Special Victims Unit. The following year he appeared in an episode of Law & Order. He showed his acting skill in a feature film from the movie Alchemy in 2005. He got his first main role in television series Dark Blue along with Dylan McDermott and Omari Hardwick. He showcased his acting skill in movies like Prometheus, Snowden, Spider-Man Homecoming, and as the lead role in Upgrade.

As for his television appearance he appeared as the main character in series like Quarry (2016) along with Jodi Balfour and Damon Herriman. The following year he shared his screen with Killian Scott and Sarah Jones in periodic drama series Damnation.

How Much Wealth Did He collect From His Acting Career?

Logan Marshall-Green has worked really hard to earn fame and fortune from his work. He has collected $2 million net worth from his work.

The actor has not spoken about his salary and earnings from his career as an actor. The average salary of a Hollywood actor and actress is around $50,000 per annum. Here are some of his movies with its box-office collection.

The actor sometimes confused with the actor Tom Hardy. Both look like a twin when they are together. However, both of them doesn't share any blood relationship. Except they both work in Hollywood as an actor.

They even shared a red carpet at the premiere of  Prometheus in London.

Filed For Divorce With His Wife In 2019

Logan Marshall-Green dated actress Marisa Tomei for many years. He met Marisa in 2008 and since then they were in a relationship. The couple was also rumored to be engaged but they denied it. They ended their relationship in 2012. 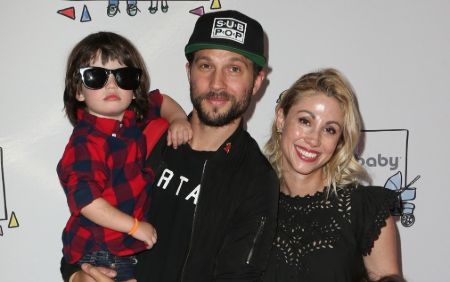 Logan Marshall-Green with his wife and children SOURCE: Pinterest

The actor wife filed for their divorce with reconcilable differences on 5th April 2019. Logan was accused of cheating by his wife; however, the court has not finalized the decision.