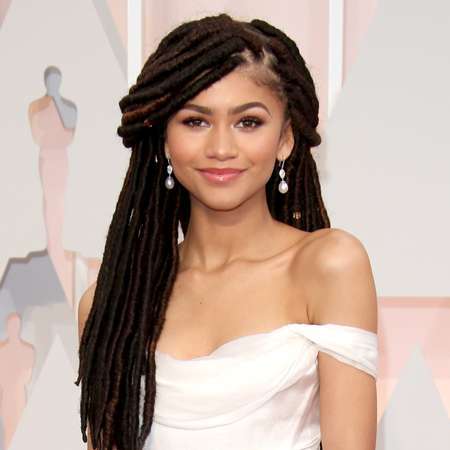 American actress and singer Zendaya is popular for her role in the Disney sitcom Shake It Up. And she garnered huge fame after her appearance in the Marvel superhero film Spider-Man: Homecoming in 2017. Zendaya participated in the sixteenth season of the dancing reality show Dancing with the Stars. She was also a producer and one of the stars casts on Disney's K.C. Undercover. Besides her acting career, she is also a singer. As a singer, she has given some hit numbers including Watch Me, Replay, and Zendaya.

Zendaya was born Zendaya Maree Stoermer Coleman on September 1, 1996, in Oakland, California, to Kazembe and Claire Stoermer. Zendaya’s mother Stoermer is a house manager. Her mother is of White ethnicity and her father is of black ethnicity. Zendaya holds an American nationality and belongs to mixed ethnicity.

Zendaya attended Oakland School for the Arts. She began her professional career working as a model for Macy’s, Mervyns, and Old Navy. Her mother was a stage manager so, as a child, Zendaya spent her childhood days hanging around the California Shakespeare Theater. She was trained in the theater's youth program.

Zendaya wanted to enter Hollywood while she was in high school. She began her journey to Hollywood working as a model with the consent of her family. In her early days, she performed in many theater dramas and plays. She also worked as a background dancer for Selena Gomez and Katy Perry’s Hot and Cold. She then released her single, Swag It Out. Then she went on to release her album named after her.

In November 2009, Zendaya auditioned for the role of CeCe Jones in Dance Dance Chicago which was later changed to Shake It Up! She received the role in the Disney series which was premiered on November 7, 2010.

Two years later, she debuted on the big screen with the film Frenemies. Her most recognized roles in the film came in 2017 with Spider-Man: Homecoming where she performed the role of Michelle "MJ" Jones. The same year, she worked as Anne Wheeler in The Greatest Showman.

In 2018, she has worked in two movies Duck Duck Goose, Smallfoot. She voiced Chi in the former whereas she voiced Meechee in Smallfoot which is at the present is in post-production.

Most of her songs went on to climb in Billboard’s hot 100. Zendaya has been seen in movies like Super buddies, Close Up, and Spiderman. She is noted for her appearance on Shake It Up as the lead character, Frenemies, the 16th season of Dancing with the Stars, Zapped, KC Undercover as a lead character, KC Cooper, and more.

She has won a Teen Choice Award and a Kids’ Choice Award for her acting skills. She has also been nominated for Young Artist Award, NAACP Image Awards, and more.

Zendaya's Salary And Net Worth

Her net worth is estimated to be around $5 million which shows that she is earning a huge salary from her singing and also her acting career.

According to some reliable net worth site, Zendaya earned a whopping $140,000 from her performance in the television shows.

Zendaya Has a long dating history. She is reluctant to speak about her personal life in front of the media. Zendaya, known best for her exceptional looks and her pitch-perfect voice has men fantasizing about her. She is mostly busy seen working. She was previously dating Adam Irigoyen in 2011. The couple was together for a very short period. After their split, Zendaya was single for two years.

Then she began having an affair with her boyfriend, Trevor Jackson. They were a cute couple and their audience loved them. However, Zendaya broke up with Trevor. In 2014, there were rumors that Zendaya was dating an actor, Spencer Boldman. She never accepted nor denied the rumor. Currently, there are rumors that Zendaya is dating Odell Beckham Jr. She is also known to have dated Leo Howard in 2013. They are frequently seen together. Zendaya is too young to get married, have a spouse and children.

As of now, the actress is dating her boyfriend Tom Holland. The couple started dating in the mid of 2017. The two are still together and sharing a loving relationship. Tom Holland is also an actor and dancer.

Zendaya stands tall at the height of 5 feet 8 inches (1.78 m) and is currently 19 years old. She weighs only 59 kgs and has a body measurement of 34-25-34 inches. She has a well-defined face and a perfect figure. Zendaya has exceptional acting and singing skill which has garnered many fans.