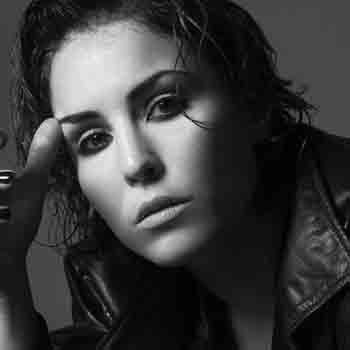 Beautiful and a very talented Swedish Actor Noomi Rapace is known in the Hollywood for her roles in Beyond as Leena in 2010, The Monitor as Anna in 2011, Sherlock Holmes: A Game of Shadows in 2011, Prometheus as Dr. Elizabeth Shaw and Dead Man Down as Beatrice in 2013. She has earned the international fame for her performance in the Swedish film adaptations of the Millennium series: The Girl with the Dragon Tattoo, The Girl who played with Fire and the Girl who Kicked the Hornet’s Nest as Lisbeth Salander. Before marriage, she was known as Noomi Noren. She has been active in the profession of acting since 1988.

Noomi Rapace was born in the year 1974 28 December from parents Nina Noren, a Swedish actress and Rogelio Duran, a Spanish Flamenco singer at Hudiksvall, Sweden. She has a sister named Saerun Noren who is a photographer.

Her parents got divorced when she was very young so she used to live with her mother and stepfather. Rapace had told that she had seen her father only occasionally before his death.

When she was five, she moved to Iceland from Sweden with her mother and stepfather and after two years in 1988, she made her film debut in the minor role in the movie In the Shadow of the Raven. The role was a non-speaking part in the movie which influenced her to be an actress in future.

When she was 15, she left the school to admit in a Stockholm theatre school to pursue her dream. Since 1996, she did not have to look back as she became one of the popular and talented actresses in Swedish movies where her performance excelled to be recognized in Hollywood and eventually act in Hollywood movies.

She has been active in several of the filmographies winning several of the awards and recognition. After appearing in the Swedish Millennium series, she has got the international recognition and thereafter she appeared in the Hollywood movies starting from Beyond in 2010.

Her recent and upcoming movies are The Drop in 2014 and Child 44 which is in post production. She has also appeared in the two music videos titled “Doom and Gloom” by the Rolling Stones and “eez-eh” by Kasabian.

Noomi Rapace's net worth is $20 million at present. She has earned a huge amount of salary from her career as an actress.

She has appeared in the movies such as Close, Stockholm, What Happened to Monday, Bright, Alien: Covenant - Prologue: The Crossing, Unlocked, and Rupture.

Due to her outstanding and excellent performances, she has been honored with the Bodil Awards and Robert Award in 2008 for Best Actress in the movie Daisy Diamond. She has also won the Nymphe d’Or and Guldbagge Awards for Best Actress for Millennium Trilogy and The Girl with Dragon Tattoo in the tear 2010.

In the same year, she also won the New York Film Critics Online Award for Breakthrough performer and Satellite Awards for Best Actress-Motion Picture Drama and in 2011 BAFTA Awards for the same movie.

She has won Sao Paulo International Film Festival Award for Best Actress for the movie beyond in 2010, Spotlight Award in Hollywood Film Festival 2010, Rome Film Festival Best Actress Awards on 2011 and Amanda Awards in 2012. Besides winning several of the awards she has been nominated for other prestigious awards at several times in her career.

Talking about the personal life of Noomi Rapace, she had dated Ola Norell and the affair turned into a marital relationship in 2001. The couple as to celebrate their togetherness as a married couple decided to choose their surname as Rapace which means “bird of prey” in French and Italian. She has a son named Lev from her husband.

They were living happily and like other popular and famous celebrities, Noomi had to get through the tragedy of divorce in 2011. After her separation, there had been a rumor that she was dating with Tom Hardy.

She had denied this rumor as Tom was back to his wife but again caught in another rumor of having a secret boyfriend. She never has talked about him or replied about questions on him but the people on the set had seen her greeting and kissing him.

As for now, Noomi is divorced and concentrating on her career. She is of course in search of a better half who can be a good father to her son as well. There are many information and articles written on her that can be found all over the internet which includes her beautiful and sexy pictures.

Also, to get information on her and know her recent activities, her fans can follow her on her Twitter account and get updated with her activities.

Noomi Rapace is a young and beautiful woman who has reached the age of 34 as of 2014. She stands the beautiful height of 5 feet and five inches tall and weighs 53 kg. She has dark brown hair color and has the beautiful curvy body measuring the body size of 34-25-34 inches giving her sexy hot body features.

She looks stunning in every one of the outfits she wears and has got maximum sex appeal that never fails to dazzle her fans.