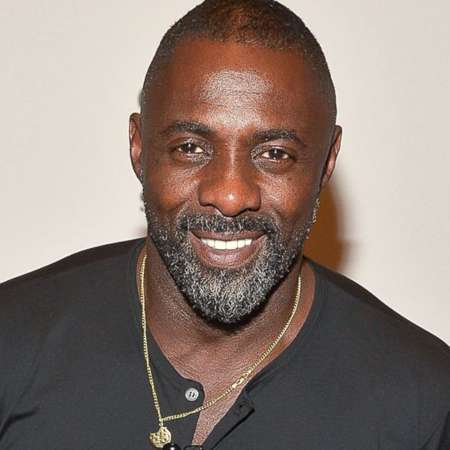 Idris Elba born Idrissa Akuna Elba is an English actor, musician, and DJ who is famously known for his role of a drug trafficker Stringer Bell on the HBO series "The Wire." He is also popular for his performance in the BBC series Luther. He also worked on the American sitcom The Office.

Idris Elba was born in Newham, London, England on 6 September 1972. He is a son of Winston Elba and, Eve Elba. His father was Sierra Leonean who worked in a Ford motor factory and his mother was a Ghanaian who had a clerical job. His parents were married in Sierra Leone and later they moved to London. He was raised in East Ham. His ethnicity is Afro- English. His nationality is English.

He joined a school in Canning Town. He was involved in acting from his school days.  the beginning of his career, he helped his uncle with his wedding DJ business. After a year, he had started his own DJ Company along with his some friends.

In 1988, he left school and he got a chance in the National Youth Music Theatre, where his roles were in Crimewatch murder reconstructions. He also worked as cold call advertising sales, tire-fitting and the night shift at Ford Dagenham to support his roles in Crimewatch reconstructions. At the age of 19, he also started working in nightclubs, under the DJ nickname Big Driis.

Amongst dozens of film and television credit, his roles in the BBC series Luther and HBO series The Wire took him to the acme of popularity. He played the role of DCI John Luther on the BBC series where he worked with Ruth Wilson, Michael Smiley, and Warren Brown and the likes.

Similarly, in the HBO series The Wire, he performed the role of Russell "Stringer" Bell where he shared the screen with the legendary actors like Dominic West, Wendell Pierce, Sonja Sohn, and others.

The 46-year-old English actor Idris Elba has soared to success with his role in the BBC drama series "Luther." Moreover, he also worked in some Hollywood blockbusters as well as television shows which have given him a very impressive net worth. According to celebrity net worth, Elba has a staggering net worth of $25 million as of 2019.

He also collected a considerable amount of money from his work in the HBO series "The Wire" where he played the role of a businessman, Russell 'Stringer' Bell.

Idris Elba is a very multi-talented guy with a charming personality. He was married to Hanne "Kim" Norgaard in 1999. He has a daughter named Isan Elba, born in 2002 with his former with his wife Kim Later in 2003, they got divorced. Isan currently resides in Atlanta, Georgia with her mother.

In 2006, he got married to his second wife Sonya Nicole Hamlin. The couple ended their relationship the same year they tied the knot. Following their divorce, the couple has been keeping their personal life and relationship status behind the media radar.

He also had affair with Naiyana Garth.  and in 2014, Elba's girlfriend Naiyana Garth gave birth to son Winston. Shortly after the pair welcomed a son, they broke up. Later, Elba started dating Sabrina Dhowre. After a few years of relationship, Elba and Dhowre got engaged on 10th February 2018 at an East London cinema during a screening of his film Yardie.