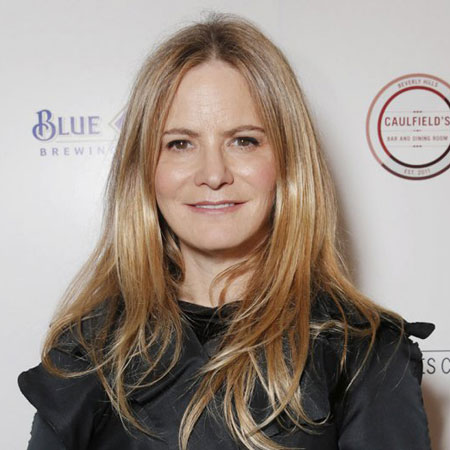 Academy Award-nominated American actress and producer, Jennifer Jason Leigh is critically acclaimed for her roles in the number of movies, TV series and Theater plays. Leigh is well recognized for her roles in the movies, Mrs. Parker and the Vicious Circle and The Hateful Eight. She is also popular for her prominent role in the TV series, Thanks of a Grateful Nation, Weeds and Atypical.

From the early age of 9, Leigh made her Hollywood debut as the main cast in 1981 from the film, Eyes of a Stranger. Her breakthrough came in 1982 when she played the role of Stacy Hamilton in Fast Times at Ridgemont High.

She worked in a number of TV series and movies for which she has been nominated for several awards including Academy Awards, Satellite Awards, Drama Desk Awards, Lucille Lortel Awards and Golden Globe Awards. As of 2018, she is working in the movies, White Boy Rick, Vox Lux and the TV series, Atypical and Patrick Melrose. Active in the industry from last 40 years, she has earned an impressive net worth.

Leigh is a divorcee. She was married to a film director, Noah Baumbach in 2005. The couple shares a child, Rohmer Emmanuel. The pair separated in 2013 citing irreconcilable differences.

Jennifer Jason Leigh was born Jennifer Leigh Morrow on 5th February 1962 in Hollywood, Los Angeles under the birth sign Aquarius. Leigh is American as per nationality and ethnicity-wise, she is Caucasian as her parents were from Austria and Russia.

Leigh is the daughter of actor, Vic Morrow and screenwriter, Barbara Turner. When she was two, her parents divorced. She has an older sister, Carrie Ann Morrow and a half-sister, Mina Badie (from her mother’s second marriage with the director, Reza Badiyi). 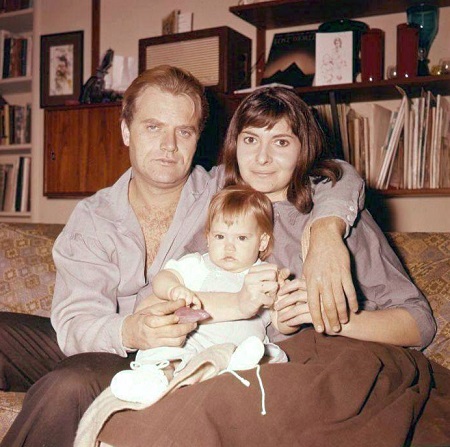 CAPTION: Jennifer with her father and mother. SOURCE: IMDb

Leigh is a high school (Palisades Charter High School) drop out. At the age of 14, she attended an acting workshop at the Stagedoor Manor Performing Arts Training Center in New York. She was taught acting by Lee Strasberg. At the early stage of her career, she changed her surname, taking the middle name, Jason in the honor of family friend actor, Jason Robards.

Leigh made her debut as the main cast in 1981 in the slasher film, Eyes of a Stranger directed by Ken Wiederhorn. The same year, she worked as Casey Powell in the TV film, The Best Girl in the World.

Back to back, she appeared in a number of movies like Wrong Is Right, Easy Money, The Hitcher, Under Cover, Miami Blues, Kansas City, In the Cut, Rag Tale, The Moment, Morgan and Good Time among others. Particularly, she is popular for:

Leigh is also popular for her roles in The Hateful Eight, Backdraft, Single White Female, and The Anniversary Party.  In 1995, she made her debut as a producer from the movie, Georgia. She also appeared as a writer for the movie, Greenberg. 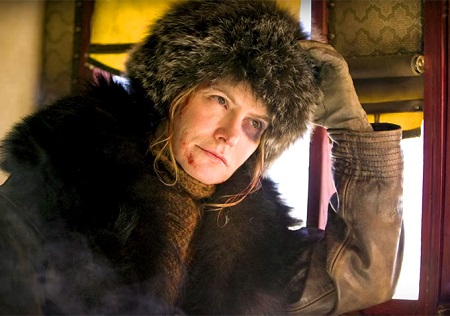 CAPTION: Jennifer in one of the scenes of movie, The Hateful Eight. SOURCE: Indie Wire

As of 2018, she worked as Dr. Ventress in Annihilation and is also working in the upcoming movies, White Biy Rick and Vox Lux.

Leigh made her TV debut in 1977 from detective TV series, Baretta. She then worked in several TV series, such as Family, The Waltons, Angel City, ABC After school Special, The Love Letter, and Tracey Takes On..., playing minor roles. 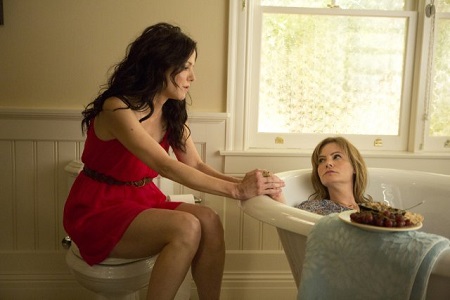 Some of her popular TV series are:

As of 2018, she is working as Elsa Garner in a coming-of-age TV series,  Atypical and Patrick Melrose.

In 1986, Leigh performed as Madge Owens in the theater play, Picnic at Ahmanson Theatre. Three years later, she acted in Sunshine at the Circle Repertory Theater. 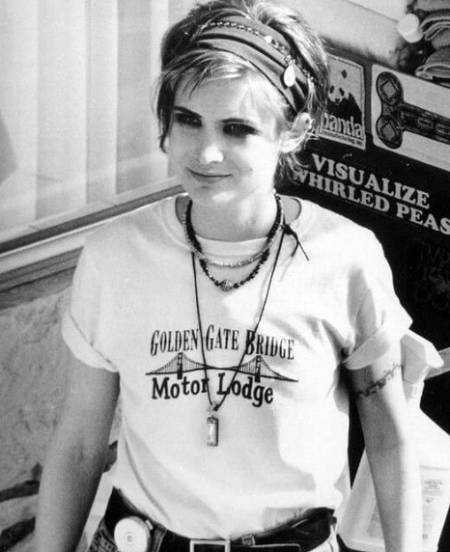 She then appeared in numbers of theatre plays, however, is popular for her acting as Beverly in Abigail's Party at Acorn Theater. For her acting in the play, she has been nominated for Drama Desk Awards and Lucille Lortel Awards.

Jennifer Jason Leigh has been nominated for several prestigious awards and won some of them as well. She has the following awards to her name:

Jennifer Jason Leigh has an estimated net worth of $5 million. Leigh worked in numbers of movies that made a good collection at the box office.

Here is the list of her commercially successful movies:

Jennifer Jason Leigh is a divorcee. Leigh married film writer and director, Noah Baumbach on 2nd September 2005. The couple met for the first time in 2001 while starring on Broadway in Proof. Eventually, the couple fell for one another and started dating. In the premiere of The Squid and the Whale, her husband told,

On 17th March 2010, the couple welcomed a child, Rohmer Emmanuel. Due to irreconcilable differences, Leigh filed for divorce in 2010 in Los Angeles Superior Court. She also filed for the custody of the child and spousal support. Later, the couple figured out and equally divided all the assets and liabilities. 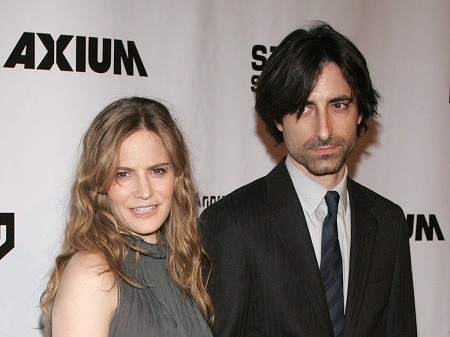 In 1989, Harper’s Bazaar selected her as one of ''America’s 10 Most Beautiful Women''. In 2000, she severed as a jury at the 57th Venice International Film Festival.

Jennifer Leigh’s Relation With Her Dad

When Leigh was two years old, her parents separated. During the time, she had not seen or talked to her father for years. At the early phase of her career, she gave up the name, Morrow which hurt her father. 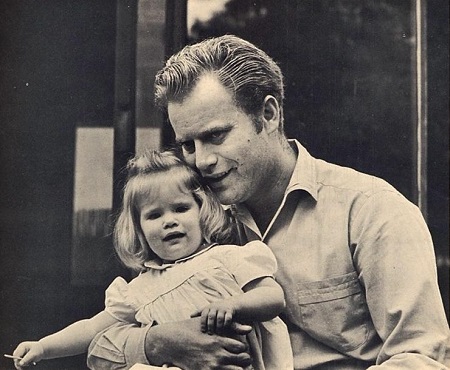 In 1982, her father, Vic Morrow was accidentally killed along with two child actors during the filming of Twilight Zone: The Movie when a helicopter stunt went wrong. After hearing about her father’s death, she recalls going into shock. She said,

‘’I went into shock for four or five hours. I didn’t know what to feel.’’

Later, Leigh along with her sister filed a wrongful death lawsuit against Steven Spielberg, Warner Bros, and John Landis. It was also rumored that she filed a $100 million lawsuit against the parties involved in her father’s death which later turned to be false. A year later, they made a settlement but the facts of the agreement were not made public.

After the death of her father, she found two wills, the first will was of $1 and second of $100. She was not expecting the will for her. She stated,

Here is the video, where Jennifer Jason Leigh talks about her life and career: