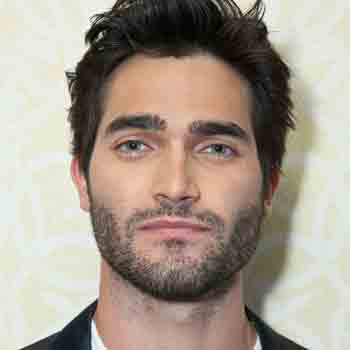 A very handsome American actor who got his break in the Hollywood movies as the Tom Hanks son in the movie Road to Perdition in the year 2002 is Tyler Lee Hoechlin. It is amongst a very few lucky people who get to debut in the movies relating with one of the most acknowledged persons in the film industry of all time.

He is also known for his performance in the series 7th heaven as Martin Brewer and in the role of Derek Hale in the MTV series Teen Wolf. He has won much popularity and fame through the television series. He has been active in the acting since 1999.

Born in the year 1987 September 11 at Corona, California, the USA to parents Lori and Don Hoechlin, Tyler has three siblings, two brothers named Tanner and Travis and one sister named Carrie. Tyler has American nationality and belongs to mixed ethnicity as his father belongs to Swiss-German ancestry and his mother has English, German, Norwegian, Scottish and Irish ancestry.

Tyler is an avid fan of baseball. He began to play baseball since he was seven years old. With the pa s sion and for his hard work in baseball, he was a U.S baseball team member at Pan-American games when he was at the age of nine.

Tyler has a lot of plans to play in the professional baseball. He had received the college scholarship to play baseball at Arizona State University in 2005. In 2007, he played in the team of the Battle Creek Bombers out of Battle Creek, Michigan as an infielder.

Later in the same year, he was transferred to UCI as a red-shirt freshman in the baseball team. In 2008, he had also played for a Collegiate Summer team, The Maxim Yankees based in Santa Clara.

Tyler is very pa s sionate about baseball. This is because, being offered the role of Emmett Cullen in the “Twilight” saga, he turned down the role to play in the college team. Besides being active in the baseball, he is also pa s sionate about acting.

Later he got the chance to appear in the movie Road to Perdition as the son of Tom Hanks, which gave him a lot of recognition and also awarded him with several of the awards including Phoenix Film Critics Society Award for Best Youth Performance, Saturn Award for Best Performance by a Younger actor, Young Artist Award for Best youth actor leading role in a motion picture drama.

Afterward, he appeared in CSI: Miami in 2007, Lincoln Heights, MY boys, and Castle in 2009. He appears in Teen Wolf currently as Derek Hale. The series has been aired since 2011. He can be seen in the Sticks in the near future as the series is being filmed.

Besides, he also had worked in Grizzly Rage, Solstice, Open Gate, Hall Pa s s, Melvin Smarty, and his current movie is Undrafted.

Tyler Hoechlin's Net Worth And Salary

Tyler Hoechlin's net worth is $2 million at present. He has earned a decent amount of salary from his career.

He went on to appear in such projects as "Family Tree", "Train Quest", "Road to Perdition", for which he won multiple acting honors – including the Saturn Award for Best Performance by a Younger Actor, "Grizzly Rage", "CSI: Miami", "Solstice", "My Boys", "Castle", "Open Gate", "Hall Pa s s", and "Melvin Smarty".

Tyler is a very attractive and handsome hunk standing the height of 6 feet. He is the man of dreams of many ladies. There is a keen speculation on his sexuality if he is gay or straight. Looking at the information, he is not gay.

He has a female partner who is his girlfriend. His girlfriend is his former best friend Britanny Snow. They remained as friends for almost ten years. They used to spend a lot of time together, talking about the past and having fun.

The friendship turned into relation and they began dating each other. The couple showed their affair recently in the public appearing together. They both are very caring to each other and these lovebirds are having a good time with each other. There is no news about their marriage yet but they may have plans for it too.

Tyler is the youth icon. He is admired by many of his fans. Seeing him shirtless, many of his female fans go crazy. Tyler is active in the social networking sites. He can be followed in his Instagram, Facebook and Twitter accounts. Besides, his biography, pictures and also articles on him can be found all over the internet including Wikipedia, IMDb, etc.