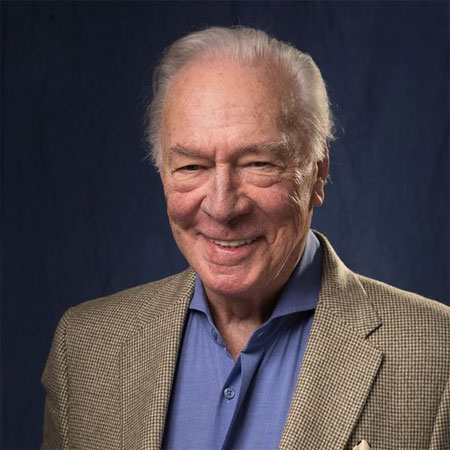 Widely recognized for his portrayal of Captain Von Trapp in the 1965 musical movie The Sound of Music, Christopher Plummer is regarded as one of the most brilliant Canadian actors of his generation. The actor won his first Academy Award at the age of 82 for his mind-blowing performance in 2010 movie Beginners.

Throughout his extensive career that spanned over six decades, Plummer won many other prestigious awards, including two Tony Awards and two Emmy Awards, among many other recognitions and accolades. He also is known for his work in Stage Struck, Cyrano, Barrymore, and Hallmark Hall of Fame among others.

Plummer’s father used to sell stock and securities while her mother was secretary to the Dean of Sciences at McGill University. His parents divorced shortly after his birth.

Plummer belongs to the reputable family as he is the great-grandson of former Canadian Prime Minister Sir John Abbott and great-great-grandson of Anglican clergyman and McGill president John Bethune. He first trained to become a concert pianist before developing a passion for theatre at an early age.

While Plummer was living on Pine Avenue, Montreal, he attended the High School of Montreal. He then went on to study at University of Western Ontario and received an honorary degree (Doctor of Laws) on June 8, 2004. He holds American nationality and ethnicity wise, he is White American.

Plummer initially performed in only one show, later he got more roles at Britain's National Theatre and Royal Shakespeare Company. He appeared on Broadway as the title character in Cyrano, for which he also won Tony Award. He appeared at the National Theatre from June 1971 to January 1972.

Plummer’s other Broadway work includes Andre Roussin’s Nina, Julius Caesar, and The Tempest among others. In 1981, he also played the title role in history play Henry V.

After landing a number of roles in Theatre plays, Plummer made his silver screen debut in 1958 appearing as a young writer in Stage Struck. The actor’s first significant success came in 1965 when he played the iconic role as Captain Von Trapp in the musical movie The Sound of Music.

Plummer received his first Emmy Award for his performance as a bank vice president in the miniseries Arthur Hailey’s the Moneychangers, in 1976. He then featured in the children’s TV series Madeline for a couple of years from 1993 to 1995. For his voice-over performance in the series, he won his second Emmy, in 1993.

Plummer earned critical acclaim following his role as journalist Mike Wallace in The Insider starring Al Pacino and Russell Crowe, in 1999. He subsequently appeared in Must Love Dogs (2005), Syriana (2005), and Spike Lee’s Inside Man (2006).

In 2009, Plummer went on to play the supporting character in the historical drama The Last station. For his incredible performance in the movie, he was nominated for Academy Award. The same year, he portrayed the title character in the Faustian fantasy The Imaginarium of Doctor Parnassus.

The following year, Plummer appeared in romantic comedy film Beginners. His portrayal of a cancer-stricken widower in the movie earned him both an Oscar and a Golden Globe Award for the best supporting actor, in 2012. He featured in a 2015 drama film Remember. In November 2017, he played the role of J. Paul Getty in crime thriller movie All the Money in the World in 2017.

In Plummer’s career spanning around seven-decade, he has won a number of accolades in Canada, the United Kingdom, the United State, and Austria. He became the first Canadian actor to win Genie Award and has received three other Genie nominations too, for Best Actor in Murder by Decree in 1980. 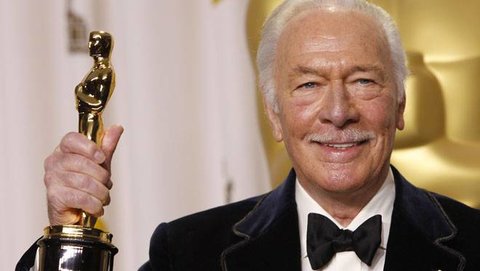 Plummer won Oscar Award for the Best Supporting Actor for his incredible performance in romantic comedy-drama film Beginners and became the oldest actor to win Academy Award. He received the Canadian Screen Award for Lifetime Achievement in 2016.

Christopher Plummer's Net Worth And Height

As of March 2018, Christopher Plummer’s estimated net worth is around $20 million, according to Celebrity Net Worth. The Canadian actor sold his former Connecticut estate for $11.2 million in January 2015. The property features 200 feet of waterfront, manicured grounds, a pool, and spa.

The same year of March Plummer listed his 15.4 acres house for $2.3 million located within Wilton’s borders. He featured in the all-time grossing film, The Sound of Music which sold 283 million admissions worldwide and grossed a total worldwide gross of $286,000,000, made with a budget of only $8.2 million.

Christopher Plummer has been married three times. He first married to actress Tammy Grimes on August 19, 1956. The couple welcomed their first child, a daughter, Amanda Plummer in 1957. Amanda is a Tony-winning actress.

Sadly, the couple divorced on 2nd September 1960. Following their divorce, the actor went on to marry journalist Patricia Lewis on May 4, 1962. Nonetheless, they couldn’t last long and separated at the beginning of 1967 without sharing any child. 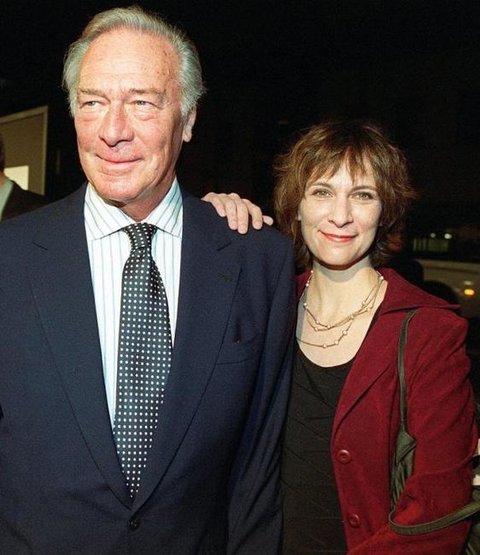 The couple is still enjoying their time together but the two doesn’t share any child in their five-decade relationship.

He can fluently speak English and French also.

He is also a hard drinker and here isa video of him talking about his drinking habit.