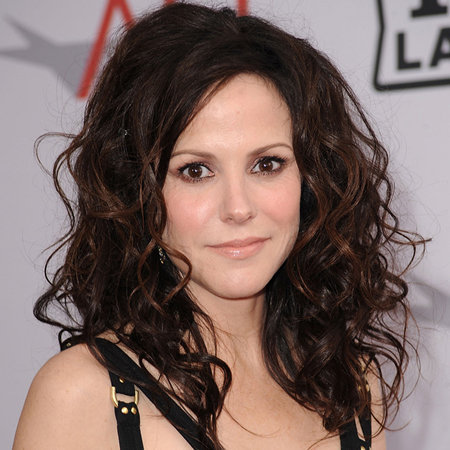 American actress and writer Mary-Louise Parker is the recipient of both Golden Globe and Primetime Emmy Awards for portraying Harper Pitt on the acclaimed HBO TV series, Angels in America in 2003. She received the Tony Award for Best Actress in a Play for her portrayal of Catherine Llewellyn in David Auburn's Proof in 2001, among other accolades. She rose to fame after her film roles in films such as  Grand Canyon (1991), Fried Green Tomatoes (1991), The Client (1994), Bullets over Broadway (1994), Boys on the Side (1995), The Portrait of a Lady (1996), and The Maker (1997).

Mary-Louise Parker is an American actress born on the 2nd of August 1964. She was born the youngest of four children to a housemaker mother, Caroline Louise, and a U.S. Army turned Judge father, John Morgan Parker.

As a nature of her daddy’s job, Mary has spent her childhood in different cities of the U.S., like Tennessee, Texas, Dakota, etc. She has also lived well outside of the states in France, Germany, and Thailand.

Although it would be great fun for many children to see a new place every time, Mary describes her childhood days as being gloomy. In an interview, she said, "My parents did everything they could; I had books, clothes, a home and a warm bed, but I was never happy."

As a child, she and her siblings grew together, although the elder ones were much older than her. She attended the Marcos de Niza High School in Tempe, Arizona, and was a successful student.

She was also brilliant in extracurriculars like sketching, dancing, and performing. Influenced by art, she wanted to become an actress, so she joined the North Carolina School of the Arts after high school.

She took part in many different roles and acted in many Off-Broadway theatres. After graduating from there in 1986, she is classmates with actor Joe Mantello. She was raised in a religious family who were Christians, but she says she is not actively involved in religion. An American by nationality, she belongs to the white ethnicity.

She started her acting career in the mid-80s when she was cast in a soap opera named Ryan’s Hope. Then she moved to New York City to try and explore more opportunities and initially took a shoe shop job to make some money.

She was cast in some small roles in different genres until she got the chance to play her first Broadway production in Craig Lucas' Prelude to a Kiss. She continued with the show that later became Off-Broadway and won the Clarence Derwent Award for her role.

Then in 1991, she got her first ever TV role in a show named Grand Canyon (1991) and immediately got a role in Fried Green Tomatoes that same year. Then she worked in The Client (1994) with Susan Sarandon and Tommy Lee Jones.

The success of her career is marked by her hectic schedule and continuous work, being featured in one show or another every year. Thus she made a reputation for herself and a major fan following worldwide.

Mary-Louise Parker's Net Worth And Salary

Mary-Louise Parker's net worth is $16 million at present. She has earned a huge salary from her career and added an incredible net worth to her life.

She received the Tony Award for Best Actress in a Play for her portrayal of Catherine Llewellyn in David Auburn's Proof in 2001, among other accolades. She has won both Golden Globe and Primetime Emmy Awards for portraying Harper Pitt on the acclaimed HBO TV series, Angels in America in 2003.

Regarding her personal life, she has been married and divorced a couple of times. She was first married to Billy Curdip in 1996, but she separated in 2003 after having a son together.

Then in 2006, she was in a relationship with Jeffery Dean Morgan, but they divorced after 2 years. She had a daughter later, which she brought up on her own.