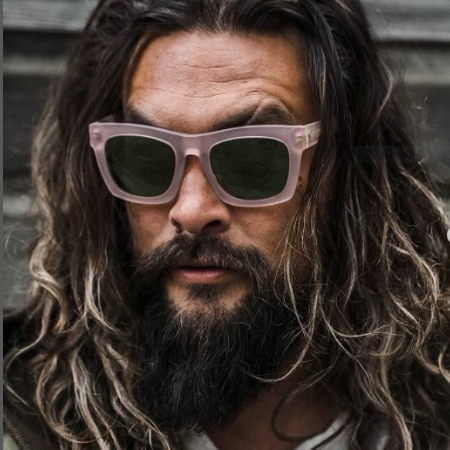 American actor and model Jason Momoa is popularly known for playing Khal Drogo in the HBO fantasy television series Game of Thrones. He is also known as Ronon Dex on the military sci-fi TV series Stargate Atlantis. He worked in several movies and TV series from where he earned a good net worth and salary. Regarding his personal life, Momoa tied the knot with his childhood crush Lisa Bonet in 2017; however, they divorced in 2022. The couple shares two children together.

Jason Momoa was born Joseph Jason Namakaeha Momoa on August 1, 1979, in Honolulu, Hawaii, the US, under the birth sign Leo. The 42 years old actor is American by nationality and belongs to Mixed ethnicity (Native Hawaiian descent and, German Irish, & Native American ancestry).

He was born as the only child of artist parents; his mother, Cony Momoa, who is a photographer and his father, Joseph Momoa, who is a painter. His father is of Native Hawaiian descent, and his mother is of German, Irish, and Native American ancestry. He has got mixed ancestry from Native America and Europe; he is an American by nationality and belongs to the White-American ethnicity.

As a child, Momoa read storybooks and practiced writing. He studied at the school in Hawaii and practiced acting in his theatre and school. Upon his high school graduation, he studied marine biology and majored in wildlife biology after transferring to Colorado State University. He also studied pastel painting and traveled to France, and worked in Paris. He also went to Tibet, where he studied the principles of Buddhism.

A Peek At His Career ( Movies and Tv Shows)

Momoa began his career as a model; he was found by designer Takeo Kobayashi, who encouraged him to build his career in modelling. In 1999, he won Hawaii's Model of the Year and later hosted Miss Teen Hawaii. At the age of 19, he did a part-time job in a surf shop.

The 42 years old media personality made his acting debut with the television film Baywatch Hawaii at the age of 19. He was a s sociated with the series from 1999 to 2000, appearing in 39 episodes. He shared the screen with David Ha s selhoff, Pamela Anderson, and Alexandra Paul. He then appeared in several TV series and TV films like Baywatch: Hawaiian Wedding, North Shore, Stargate Atlantis, and The Game, among others. His trademark appearance in the fifth season of Broken Ties in the TV series Stargate Atlantis was marked by his dreadlock hairstyle. Although his director asked him to cut it off, he kept it through the first few shots, which later became his trademark. He started his directorial career with the movie Road To Paloma, which was a drama film. In the series, he portrayed the role of Satedan, Ronon Dex. The series starred Joe Flanigan, David Hewlett, and Rachel Luttrell. His breakthrough came in 2011 in HBO's fantasy TV series, Game of Thrones.

In April 2011, HBO started airing a new fantasy series, Game of Thrones, and Jason Momoa appeared in the role of Khal Drogo, a barbarian leader of a tribe called Dothraki. However, he died in the show’s ten-episode, but his roles impressed his viewers.

Momoa grabbed a huge fan following from his role in the TV series. He shared the screen with Emilia Clarke, Kit Harington, Sophie Turner, and Peter Dinklage. His role in the series helped him to win CinemaCon Award, and he also has been nominated for Scream Awards and Screen Actors Guild Award.

Since 2016, Momoa has been working on Netflix's historical drama TV series, Frontier, where he worked with Landon Liboiron, Jessica Matten, and Allan Hawco. The actor has been nominated for Canadian Screen Award for his performance in the series. He has acted in movies and tv shows like Aquaman, Aquaman and the lost kingdom, Game of thrones, Dune, See, Baywatch, Sweet Girl, Conan the Barbarian, Braven, Fast and Furious 10, Justuce League, The Crow, The Bad Batch, Wolves, Bullet to the Head, Johnson Family Vacation, The Red Road, Road to Paloma, Once Upon a Time in Venice, and more.

Momoa made his movie debut in 2004 as Navarro in Christopher Erskin's movie, Johnson Family Vacation. In 2011, he worked as Conan, the only survivor in the sword and sorcery film Conan the Barbarian, for which he was awarded by CinemaCon Award. The movie starred Rachel Nichols, Rose McGowan, and Stephen Lang.

In 2014, Momoa made his debut as a producer and co-writer in the drama thriller movie Road to Paloma. The same year, he appeared in the horror film Debug directed by David Hewlett.

The same year, DC extended Universe signed him for the role of Aquaman in the Superhero film Batman v Superman: Dawn of Justice (2016). Aquaman is a DC superhero based on DC’s comic character of the same name, which is the king of the seven seas.

In 2017, Jason Momoa reprised the role of Aquaman in DC’s other film Justice League. He is also a star in Aquaman’s solo film, released in 2018.

Jason Momoa's Net Worth, Salary, And Major Source Of Income

Jason Momoa, the talented actor, has an estimated net worth of $14 million, according to celebrity net worth as of 2022. He surely earns a good amount from his acting career. Moreover, he worked on several movies that made an amazing box office collection. Here is the list of his hit movies:

Momoa earns a huge salary from his role in several popular TV series like Game Of Thrones and Frontier. Besides, he owns a house and has a collection of luxury cars like Audi, Jeep, and many more that are worth $thousand.

Moreover, Momoa is involved in several charitable works. He, along with Mada Abdelhamid, joined forces with Water is Life Charity. The tv actor earns good money from his social media account. He has 16.8 Million followers on his Instagram handle with an engagement rate of 1.08%. Also, his estimated earning per sponsorship post on his Instagram is $33465- $55775. No doubt, Momoa lives a luxurious life with his million-dollar net worth.

His Wife, Kids, Family, And Relationship

Momoa is a divorcee. The Game of Thrones star was married to actress Lisa Bonet. The couple was introduced for the first time in 2005 with the help of their mutual friends. They dated five years before getting engaged in 2004. Although many sources claimed that they got married in 2007, but they legally tied the knot in 2017.

Even if they are not officially married, they address each other as husband and wife. IN an interview in 2013, Momoa said,

Furthermore, in an interview on The Late Late Show, he revealed that his wife is his childhood crush, whom he saw at the age of eight on TV. At that time, he knew the 19-year-old girl was for him He explained,

Furthermore, the couple shares two children together; a daughter and a son. Their daughter, Lola Iolani Momoa who was born on 23rd July 2007 whereas their son, Nakoa-Wold Manakauapo Namakaeha Momoa was born on 15th October 2008. Momoa's mother announced the name of his son stating Nokia means ''the warrior, Mana means ''strength'', and Kaua stands for ''rain'' whereas Po for ''dark.'' However, the pair separated in early 2022 due to some personal reason. Momoa also has a step-daughter Zoe Isabella from his wife's former husband, Lenny Kravitz. Previously, Momoa got engaged to Australian actress Simmone Jade Mackinnon. He has been in a romantic relationship with Mackinnon, with whom he was from 2004 to 2006. After breaking up with her, he married his current girlfriend turned wife. Besides, the actor shares a healthy relationship with his friends.