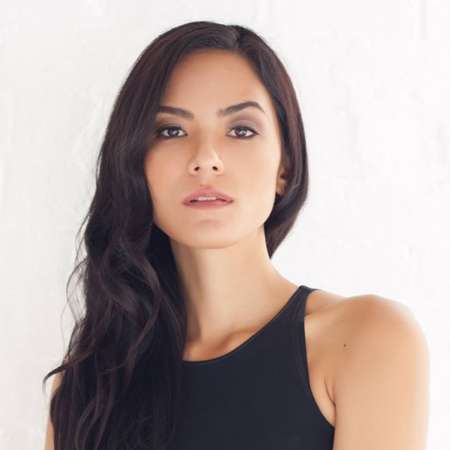 Model turned actress, Jessica Matten is best known for her work in several movies and TV series. Her movie credits Blackstone (2009) and A Red Girl's Reasoning (2012). Since 2016 she is working in the Netflix's TV series, Frontier (2016).

Matten has also a  passion for humanity who believes in the power of helping others on their own journeys in life. She runs many awareness programs like an Aboriginal wellness and fitness company, Lemone Cree.  The actress has collected a considerable amount of money from her prolific career.

Jessica Matten was born in Edmonton, Alberta, Canada. She is Candian and belongs to the Mixed ethnicity. She graduated with a BSc degree in Human Ecology from the University of Alberta.

Mum and I in probably the most ridiculous pose ever performing in Seoul, Korea's International Drum Festival Proud of my mom Theresa Ducharme who is more than just a pretty face and actually helps at least 20 peoples' lives a week. #sheinspiresme I don't see her face enough on all these political, biased, so called Indian "news" articles, but everyone she helps knows it firsthand! She's prevented suicide, helped with drug & alcohol, food addiction, helped those with diabetes, obesity and more. Www.lemoncree.com #nativenews #nativewomen

Jessica Matten started her modeling by the age of six and worked with her mother in the industry until she completed her graduation. She followed her passion and dream and went to London to chase it, where she interned at the UK version of Elle Magazine. 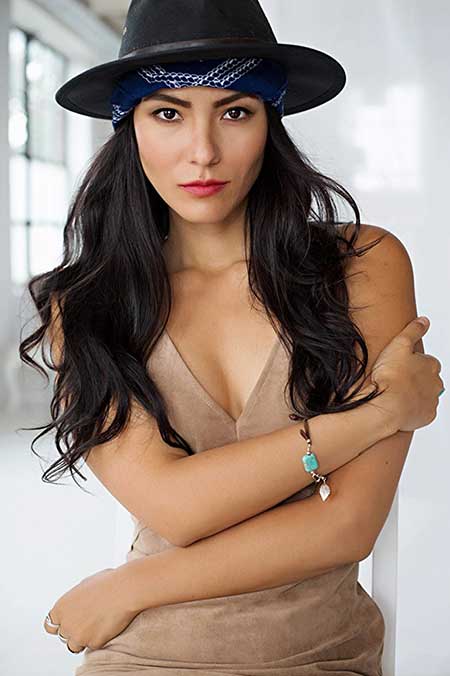 Matten is running multiple monthly articles and the magazine “Active Cree” which is distributed monthly to 60,000 people and 10 communities across the James Bay area throughout Northern Ontario. She is an occasional guest speaker to youth along with her mother across North America called: "Indigenous Women Breaking Barriers: A Mother and Daughter Story".

Jessica performed in Elle-Maija Tailfeather’s film, “A Red Girl’s Reasoning.” The film was released at various festivals in Canada and the United States. The film was nominated at the American Indian Film Institute in San Francisco in 2012.

Since 2016, Matten is portraying the character, Sokanon in Netflix's historical drama TV series, Frontier. The series starred Jason Momoa, Landon Liboiron, and Allan Hawco. Her performance was highly appreciated by a number of audiences. As of 2018, she is also working as Luna'smother, Gerrilyn Spence in CBC's TV series, Burden of Truth with Kristin Kreuk, Peter Mooney, and Alex Carter.

The actress also can be seen in the upcoming American supernatural thriller movie The Empty Man, is recently filmed at the Chain of Rocks Bridge.

Jessica Matten's Net Worth And Salary

Jessica Matten's net worth is $2 million as per some online sources, however, the amount is still under review. Matten is accumulating a good amount from her career in the entertainment industry.

According to some online sources, a TV star averagely makes a salary that ranges from $150k to $1 million. She has many upcoming projects from which we can assume to see a rise in her net worth in the coming future.

Besides acting, Jessica runs an Aboriginal wellness and fitness company with her family called Lemon Cree where they have helped thousands of Aboriginal people to achieve their fitness, wellness, and health goals. She also runs the viral campaign #N8Vgirls to help spread awareness globally on the issue of murdered and missing Indigenous women in Canada.

The talented actress, Jessica Matten is involved in several awareness programs. She is also involved in creating new opportunities in the First Nations communities. The actress is pretty secretive about her love life and relationship. Matten is not dating anyone at present officially.

But scrolling down her Instagram account, Jessica is reportedly dating Chaz Hutton for a few months now.

How do I express my love and gratitude for these two without them both wanting to spew in their own mouths and tell me to”Fuck right off, Jess” for embarrassing them? I’m so incredibly lucky to have so many beautiful humans in my life. So much in fact, I feel like I need a whole entire Instagram account just dedicated to how much I love every single one of you guys and gals. These two thugs included. Thank You for making yet another trip to Germany memorable and full of love, support and tons of laughter.

Besides, Matten is unmarried. Scrolling her Instagram posts, she posts several pictures with an actor and singer, Brendt Thomas Diabo. They also spend most of their free time together going on vacations. Due to this many of their fans speculated that they are dating. The couple, however, has not officially confirmed. So, she might be single in the present days.

The actress has also a passion for humanity. She has spent most of the time of her life promoting positive awareness and creating new opportunities in the First Nations communities across Canada. Especially, she gives her time to the Aboriginal youth. Her positive awareness helped many youths to get success in their life.

Jessica ran multiple monthly articles across the James Bay area throughout Northern Ontario. She also worked with Indigenous Women Breaking Barriers: A Mother and Daughter Story along with her mother across North America. She owns numerous acting workshops.

Matten is quite active on Instagram where she has more than 19.1k followers, as of Jan 2019. Moreover, she inked wings on her back and a love sign in her hand.

Check out the video where Jessica Matten talks about her experience of working with Momoa in Frontier: