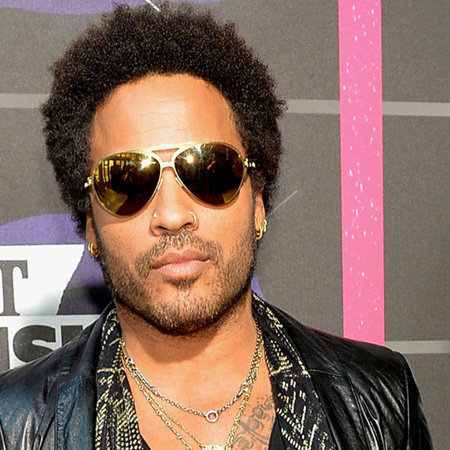 Grammy Award-winning rock musician Lenny Kravitz has released a number of evergreen songs and charts hit albums like Let Love Rule, Mama Said and Are You Gonna Go My Way. He won his first Grammy Award for his blockbuster album  Let Love Rule, was released in 1989. In addition to his successful music career, he also played his hands in the field of acting landing several marvelous performances in a number of critically acclaimed movies like The Hunger Games, The Butler, as well as Precious.

Kravitz is a married man and has also a daughter.

Lenny Kravitz was born Leonard Albert ‘Lenny’ Kravitz on 26th May 1964 in Manhattan, New York, the United States. He is the son of Roxie Roker who was an Afro-Bahamian and African –American actress and father Sy Kravitz, a Russian Jewish.

Lenny did not grow up in a religious atmosphere when he was small but gained spiritual experience when he was thirteen and started going to church growing up spending weekends on the Upper East Side of Manhattan. He attended the PS 6 Elementary School and decided to pursue a musical career at the tender age of 5.

Kravitz joined the California Boys Choir for three years at the request of his mother and also sang with the Metropolitan Opera. He attended the Beverly Hills High School. Over the course of time, Leeny learned to play guitar, bass, drum, harmonica, keyboard, percussion and sitar as well.

Thank you all for an amazing #RaiseVibration European tour run. See you again soon. #letloverule

He was later on seen in 2009 Precious as Nurse John for which he was recognized much. In 2013 he was seen as a supporting role as character Cinna in The Hunger Games: Catching Fire.

Lenny Kravitz has earned a tremendous amount of net worth from his career which as per Celebrity net worth is around $40 million, as of 2018. In the year 2012, he was also cast in the movie The Hunger Games which was turned out to be commercially profitable as it grossed more than $694.4 million on a budget of $78 million. In the movie, he featured alongside Jennifer Lawrence, Josh Hutcherson, Liam Hemsworth, and Woody Harrelson.

A singer bought a home for $9 million in Miami beach in the year 2009. And he sold a mansion in 2005 for $14.5 million. He also owns a hillside mansion in Los Angeles worth around $38 million. The newly renovated 10,700-square-foot home has five bedrooms, seven bathrooms, and a spacious great room.

Lenny Kravitz has won the Grammy Award for Best Male Rock Vocal Performance consecutively for four years from 1999 and has broken the record for the most wins in that category as well as set a record for most consecutive wins in a category by a male. He has been nominated and also been awarded many awards like American Music Awards, Screen Actors Guild Award, Radio Music Award, BRIT Award and many more.

Lenny Kravitz met actress Lisa Bonet in 1985 backstage at a New Edition concert from where they began their romantic journey. Bonet at the time worked on The Cosby Show. They eloped to marry on 16th November 1987 and later on 1st December 1988, he and his ex-wife welcomed their first daughter named Zoe Isabella Kravitz. Zoe is currently an actress, singer and a model.

After many years of loving marital relationship, Kravitz and Bonet divorced in 1993. After which, Leeny began dating his ex-girlfriend, French singer and actress Vanessa Paradis and broke up in the year 1997.  He was also involved in a relationship with model Ariana Lima and even got engaged in 2002. But they later called off their engagement.

Recently Lenny and his ex-wife Bonet also were seen in West Hollywood strolling the streets together which has aroused the suspicion of them getting back together. As of now, he is dating Victoria’s Secret model Barbara Fialho. The couple frequently spots in public places together spending quality time. They were seen photographed kissing and holding hands in Miami, Fla.

Kravitz is also quite active on social media especially on Instagram account with more than 2 million followers.