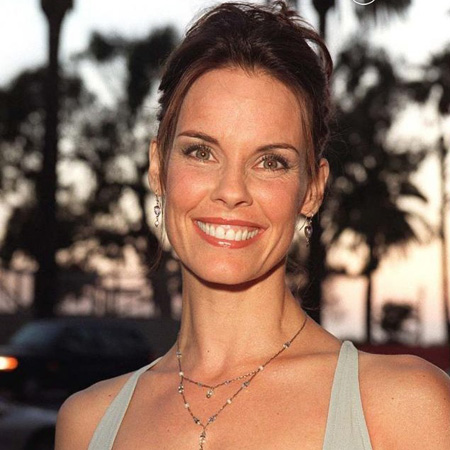 Alexandra Paul is an American activist, actress, health coach and a former model. She is best known for her role in John Carpenter’s horror movie entitled Christine. Furthermore, she appeared in several other movies including 8 Million Ways to Die, Dragnet and American Flyers.

Paul was born on July 29, 1963, in New York, U.S. She is an American by nationality and belongs to White American ethnicity.  She is the daughter Sarah Paul and Mark Paul. Her sun sign is Leo.

Paul attended Groton High School and joined Stanford College. But she didn’t continue her study as she was focused on improving her professional career.

Paul started her professional career working as a model in New York.  Later she moved to Los Angeles, as she decided to pursue her career in acting. She first appeared in the television movie, Paper Dolls and then landed her role in a horror movie named Christine.

Besides that, Paul appeared in the sports drama entitled American Flyers along with Kevin Costner. She then in the movie, 8 Million Ways to Die and Dragnet. She was also seen in the movie Death Train and Nightwatch opposite Pierce Brosnan and Christopher Lee. She has acted in fourteen films for her lifetime network.

In addition, Paul has also starred in the Fox series entitled Fire Company 132 and was seen in the episode of Melrose Place in the 8th season. She made a cameo appearance in the Borat: Cultural Learnings of America for Make Benefit Glorious Nation of Kazakhstan along with Sacha Baron Cohen.

In the year 2015, Paul won the Indie Series’ Best Supporting Actress in a comedy web series. Apart from acting she co-directed and co-wrote two documentaries named Jampacked and The Cost of Cool: Finding Happiness in a Materialistic World. Her documentary entitled The Cost of Cool won a CINE Golden Eagle Award.

Alexander Paul, 54, is a married woman. At the age of 14, she became vegetarian after she read the book named Diet for a Small Planet.

Paul married Ian Murray in 2000. She met her husband, Ian at the age of 32. She is childless by her choice. She chose since her childhood days. According to her, she was not going to have her children because there are too many children in the world.

However, her decision of not having a child has not affected her relationships and career. She is living a happy marital life with her husband.

In 2015, she became a certified health coach and formed her own wellness coaching business. Besides, she has not disclosed of having a past affair or boyfriend in her life.

Paul is an outspoken animal right, environmental, peace, and gay rights, activist. She was arrested for civil disobedience over a dozen times at the Nevada Test Site between 1987 and 2000.