Who Is Former Playmate And Vine Star Amanda Cerny Currently Dating? Details About Her Dating History 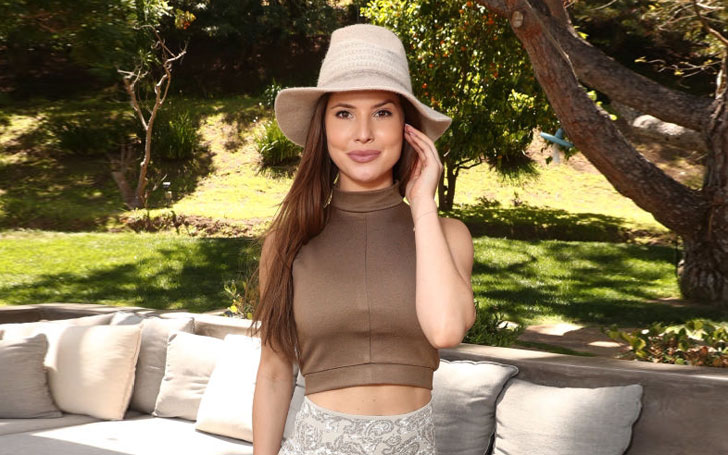 Once you start making headlines, you want to keep coming back. PlayBoy's 2015 Miss October Amanda Cerny is one of those celebrities. After gaining notoriety from Vine, she has now ventured into the world of YouTube, and she's quite popular!

After her glamorous career as a Playmate, she has now changed her genre to comedy. But the main focus today is not the shift in her genre but it's the relationship of this humorous and hot former Vine star. So, who is she dating? Let's cut to the chase and get to the point.

Who Is The Former Playmate Amanda Cerny Dating?

The 27-year-old American model and actress Cerni is currently in a happy relationship with a fitness model and athlete Johannes Bartl. Johannes Bartl is from Viena, Austria which is also a well known YouTuber and actor.

The media speculates the couple to be dating for over a year, however, they recently went public with their relationship. The lovebirds can be seen spending their quality time together whenever they get free from their hectic work schedule. They keep sharing their photos and private moments with their fans on social media.

On 26th June 2018, Cerni turned 27 and on the occasion of her 27th birthday, her boyfriend Bartl took to his Instagram wishing her a "happy birthday" saying he fell in love with her long time ago but still feels like the day he first met her.

I fell in love with you a long time ago but it still feels like the day I first met you. Happy birthday my love !

The couple has not revealed from when they started dating, however, some online tabloids have mentioned that they are in a committed relationship since early 2017.

Former Playmate Amanda Cerny is rumored to be dating fellow Vine star and YouTuber Logan Paul. The affair rumors between the couple started swirling up when the pair share many funny videos together. Their chemistry was so visible, and fans started speculating about the relationship.

Both Amanda and Logan has never confirmed or denied the relationship. Now, that the Vine is dead, both of the stars are trying out a career on YouTube.

Also Read: Amanda Cerny Single or Married, Is she dating? Who is her Boyfriend? Know about her

Amanda is used to short-term relationships, and it does look like these two are quite close. Is this relationship going to last or end? We'll know as time goes on!

Here are the five facts of Amanda Cerny you may be interested to know.

In 2015  Amanda Cerny and King Bach were reportedly dating. The couple broke up and claimed that it was a mutual decision. They seem to be still friends, as they do appear in a few videos together.

They were one of the cutest couples of 2015, however, both went separate ways in less than a year. King started dating another fellow Vine star whereas Amanda moved to date singers? She was spotted several times with the singer Justin Bieber.

The Relationship That Shocked Everyone, Amanda Cerny, And Justin Bieber!

The relationship between the former Vine star and the sensational pop star Justin Bieber was an unlikely relationship. The news came around the time when the Baby singer and Selena Gomez had just broken up.

Must Read: Justin's ex Selena and her new love Zedd

Even though the news flooded the internet and media, the relationship wasn't quite real, and it phased out soon enough, however, their breakup made quite the headlines as well!

Twenty-five years old Amanda has had experience dating way older men as well.  When Amanda dated Dane Cook, he was in his 40s.

Even with 20 years of age difference, the stand-up comedian and YouTuber looked pretty great together while they were dating, it was in the year 2011. Reportedly, their relationship was just a fling, and the pair broke up just six months into it.