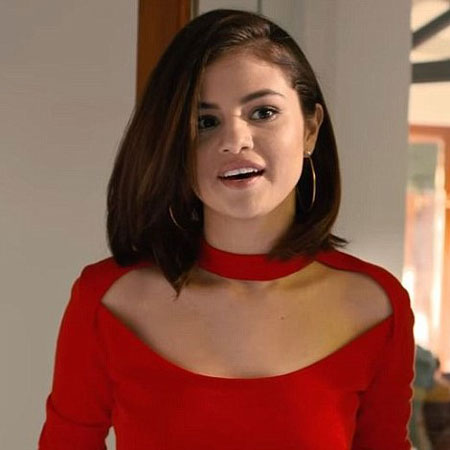 Selena Marie Gomez is an American actress and singer, widely known for her appearance as a child in the children's television series Barney & Friends and her breakout role as the leading character in the Disney Channel series Wizards of Waverly Place.

She has dated Justin Bieber for around two years. She reportedly started dating Canadian singer, The Weeknd in January 2017 and broke in October 2017.

Selena and Justin were reportedly back together in 2017 but they broke up again in March 2018.

She was named after a Tejano singer and actress Selena Quintanilla-Perez (died in 1995). She has a mixed ethnicity of Mexican and Italian and holds an American nationality.

Gomez's parents got divorced at her age of five, and she stayed with her mother. She has two siblings, her sister Gracie Elliot Teefey, born to Amanda and her second husband Brian Teefey on 12 June 2013. Her second sister Victoria Gomez, born to Ricardo and his wife Sarah on 25 June 2014.

Selena Gomez was interested in pursuing a career in the entertainment industry by watching her mother prepare for the stage production. So, she started auditioning various roles, also met Demi Lovato during an audition for Barney & Friends, as they both were selected to appear on the series in the year 2002.

Later in the year 2006, she portrayed as Gwen in The Suite Life of Zack & Cody on the Disney Channel. Achieving more work from Disney, Gomez played the evil Mikayla for the Hannah Montana series.

The following year, Gomez landed her first starring role when the channel cast her as Alex Russo in the show  Wizards of Waverly Place in 2007, the series aired until 2012.

Later in the year 2008, she made her first animated movie named Horton Hears a Who!, and also starred in the ABC Family movie Another Cinderella Story with Disney Channel actor Andrew Seeley.

Selena along with Demi Lovato starred in the Disney Channel film Princess Protection Program that was aired in 2009.

Keeping a hope to achieve a successful path in pursuing her interest in music, Selena made the pop-rock band, Selena Gomez & the Scene. They named the band 'ironic jab' for the people who called Gomez a 'wannabe scene'.

Later in Jan 2012, it was confirmed that Gomez would be taking a break from her musical career. That year Wizards of Waverly Place officially ended its run on the Disney Channel after four successful seasons.

Since then she released numerous albums with top-rated songs. Some of her all-time hit songs are, Tell me something I don't know, It ain't me, Bad Liar, and We Don't Talk Anymore, with Charlie Puth.

Besides her musical career, Gomez also worked as an executive producer for the series Thirteen Reasons Why, as she shared the first trailer for the show on 25th Jan.

Selena Gomez's net worth is $50 million at present. As a popular singer, songwriter, actress, and producer, Selena Gomez earn a huge amount of money. She has given numerous hit songs and roles in television series, and she also works as a co-producer.

Selena Gomez is an unmarried woman. She is dating her ex, Justin Bieber.  She is back with her ex-Justin Bieber after breaking up with then-boyfriend The Weeknd in October 2017.

Selena Gomez dated boyfriend The Weeknd, as they started dating from December 2016 to October 2017. They were here seen together in most of the events.

Before that, she had an affair with her ex-boyfriend Justin Bieber. They started dating in 2010 and decided to break up after six years of dating in the year 2016.

Back in 2008, Gomez was seen dating probably her first boyfriend Nick Jonas, however, their relationship could not last long and got separated in 2010.

She frequently updates her day to day lives on her Instagram with her followers. Gomez also involves in several charitable works, she is also one of the ambassadors of UNICEF.