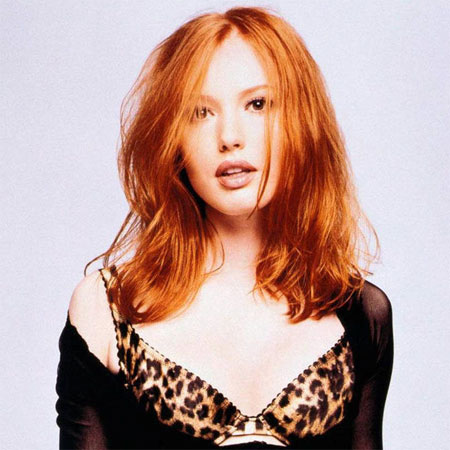 American TV and film actress, Alicia Witt started her career from a very early age. Witt is popularly known for her role in the movies Fun, Mr. Holland's Opus and Urban Legend among others. Her performance in the movies and TV series helped her to get nominated for several awards and won some of them as well.

Alicia Witt was born Alicia Roanne Witt on 21st August 1975 in Worcester, Massachusetts in the US. Witt is American as per nationality and belongs to White ethnicity.

As per her bio-data, Witt is the daughter of Diane and Robert Witt. Her mother is a junior high school reading teacher and her father is a science teacher & a photographer. Her mother has been recorded in the Guinness Book of World record for having more than 12 feet long hair. Her parents raised her with her brother, Ian Rob Witts.

first passport. i needed one to go to mexico to film #Dune. age 7. i spy a missing tooth... #fbf #flashbackfriday #firstpassport

She had been able to read college textbooks at the age of two which shows that she is a child prodigy. In 1980 she was discovered by director David Lynch after he heard her recited Shakespeare’s Romeo and Juliet on the television show That’s Incredible at the age of five.

At the age of 14, she completed her high school diploma and later did undergraduate work in piano at Boston University. After that, she moved to Hollywood and worked in several movies and TV series.

Alicia Witt made her Hollywood debut in 1984, at the age of 9, in the film Dune as Alia Atreides. After years of gap, Witt worked as Girl in Dream in Mike Figgis' mystery film, Libestraum.

At the age of 19, in 1994, Witt portrayed the character of Boonie in the independent drama film, Fun starring Renee Humphrey, William R. Moses, and Leslie Hope. Her acting was highly appreciated and has been also nominated for several awards.

The following year, she worked in Mr. Holland's Opus as a young Gertrude Lang with Richard Dreyfuss, Glenne Headly, and Jean Louisa Kelly. In 2002 she had acted in a romantic comedy film Two Weeks Notice. She then worked in several movies like Vanilla Sky, Ten Tiny Love Stories, The Twilight Zone, 88 Minutes and Six Love Stories among others.

Witt made her TV debut at the age of 15, in 1990 in ABC's mystery horror drama, Twin Peakes. Her breakthrough came in 1995 after appearing as Zoey Woodbine in CBS' sitcom, Cybil with Cybill Shepherd, Christine Baranski, and Alan Rosenberg. She was associated in the series from 1995 to 1998.

From 2007 to 2008 Witt was temporarily cast in the Law and Order: Criminal Intent as Detective. Later, she was asked to work in Law and Order: Special Victims Unit in female leading character by leaving the previous Law & Order but she refused.

Some of her other works include Motive, The Walking Dead, Supernatural, Nashville, and Disjointed among others.

Besides, in 2004 14th July, she modeled in London for the most expensive hat ever made for Christie’s auction house. Two years later, she had portrayed the piano-playing Abigail in the Royal Court Theatre. She is also involved in singing and writing songs.

Some of her other nominated awards include Independent Spirit Awards, Screen Actors Guild Awards, Saturn Awards, and EDA Awards.

Alicia Witt has an estimated net worth is $50 million according to The Richest whereas, her net worth is of $4 million as per Celebrity Net Worth.

Witt appeared in several movies that made an impressive collection at the box office. Some of them are:

Witt owns a house in California which worth in $million. According to some online sources, a TV star averagely makes a salary that ranges from $150k to $1 million.

The actress has a combination of beauty with brain, Alicia Witts had an affair with several guys in her past. In 1998, she started dating her actor boyfriend, Peter Krause but the relationship did not last long and broke up soon after a year. She then stayed focused on her career for a year rather than involving in serious relationships. 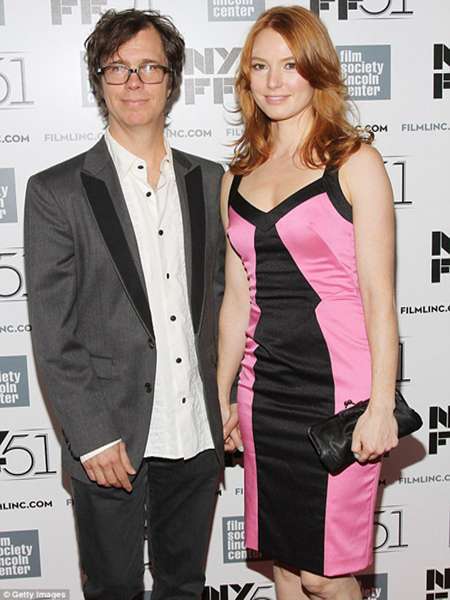 In 2001, once again she started her relationship with Nathan Foulger. As per some sources, the couple got married in 2003 but divorce in 2006 for some undisclosed reasons.

From 2012-2014, she dated a singer Ben Folds. The couple began dating a year after Foster separated from his fourth wife. Since then, Witt is single and has not found love again.