Former boy band One Direction's dashing member Zayn Malik is leading a successful solo career following his departure from the band in 2015. He released his first solo album, Mind of Mine in 2016 and has collaborated with several Hollywood artists since then.

The English singer Malik also won several awards including American Music Awards for his contribution to the Hollywood Music Industry.  More details of his collaboration with Hollywood A-listers and career as a solo artist here.

Zayn Malik's Collaboration With Hollywood A-listers Since Leaving One Direction

We all know Malik as a member of the popular English-Irish boy band One Direction along with band members; Harry Styles, Niall Horan, Liam Payne and Louis Tomlinson.

The band quickly grew popular in the UK soon after it's formation in 2010 and eventually got worldwide recognition. However, the singer shocked the fans when he broke the news of leaving the group due to stress in March 2015. 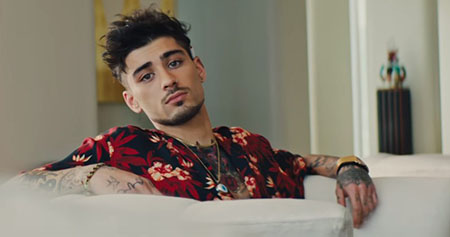 But today we are here to talk about Malik's works after the split from One Direction. After his departure from the band, Malik focused on his solo musical career releasing his first studio album Mind of Mine in March 2016.

In January 2016, Malik released the album's lead single Pillowtalk. The music video features his supermodel girlfriend, Gigi Hadid. Soon the song debuted at number one in several countries including the UK Single Chart and the US Billboard Hot 100 making him the first English artist to debut at number on the Hot 100 with a first charted single. Later in February, the Pillowtalk (Lil Wayne Remix) was released featuring rapper Lil Wayne.

Following the success, Malik and Taylor Swift collaborated on a single together named I Don't Wanna Live Forever for the soundtrack of the movie Fifty Shades Darker. The song was released in January 2017 reaching number one in several countries.

The English singer released the single Still Got Time for his second studio album in April 2017. The song features Canadian rapper, singer, and songwriter Jahron Anthony Brathwaite officially known as PARTYNEXTDOOR.  Soon after, Malik released the lead single Dusk Till Down in September 2017 featuring Sia. The music video features an English actress Jemima Kirke. Dusk Till Down is Malik's most viewed song on the YouTube so far with over 962 million (nearly a billion) views.

The talented singer Malik is one of the biggest names in the Music world. He won several awards out of numerous nominations for his spectacular singing skills. Here we have mentioned few of the awards of his solo career.

In 2015, Malik won The Asian Awards for Outstanding Contribution to Music. He won two Teen Choice Awards for Choice Music: Breakout Artist and for Choice Summer Male Star of 2016. The same year he was honored with an American Music Awards for New Artist of the Year. 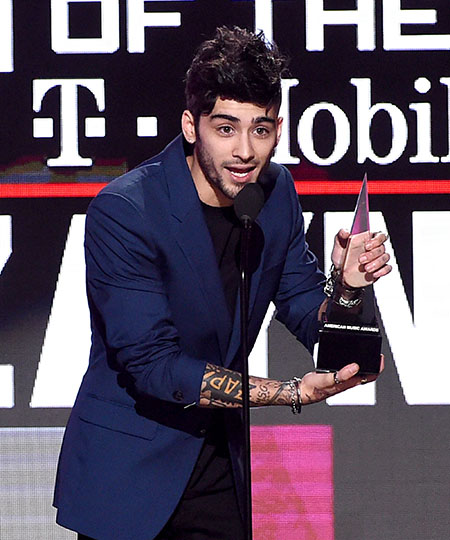 In the year 2017, Zayn received Billboard Music Awards for Top New Artist. Shortly after he was awarded MTV Video Music Awards for Best Collaboration for the single I Don't Wanna Live Forever with Taylor Swift.

Apart from this, the actor is involved in several charitable works to improve the living of disadvantaged people. Malik is an official ambassador of the British Asian Trust charity group. Before this, he contributed to African fundraising events with the British charity Comic Relief with his former band One Direction.