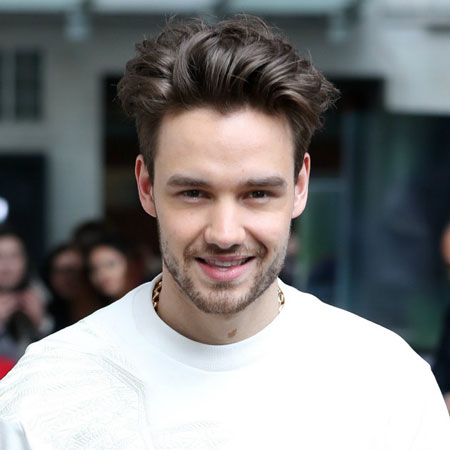 Born and raised in Wolverhampton, West Midlands, Liam James Payne is a  popular English singer and songwriter. He is well known as the former member of the boy band One Direction. After he was eliminated as a solo artist in The X Factor 2008, Payne again returned to the show in 2010 and was placed in a group along with four other contestants, Harry Styles, Zayn Malik, Niall Horan, and Louis Tomlinson, to form a boy band One Direction.

Payne has won several awards including 2015 Sexiest Man of the Year, 2016 Pop Award Songs, and various nominations. He is also well known for his collaboration with Quavo on the song Strip that Down. He is in a live-in relationship with his partner Cheryl since 2016 and is leading a happy life with a huge amount of net worth. He also a nice collection of luxury cars.

Liam James Payne was born on 29 August 1993, in Wolverhampton West Midlands, England. He was born to his father Geoff Payne, a fitter, and mother Karen, a nursery nurse. Payne also has two sisters, Ruth Payne, and Nicola Payne.

Just after three weeks of his birth, Payne began getting ill most of the time. Until he was four, Payne went for regular tests in hospitals as the doctors discovered that one of his kidneys was dysfunctional and scarred.

To help fight the pain, he was given 32 injections in his arm in the morning and evening. During his school days, he was fully involved in sports, particularly cross country running. Later he attended the Wolverhampton and Bilston Athletics Club to build a career in running. However, Payne was placed on the reserve list, after he failed to secure a spot in the English National Team for 2012 Olympic Games.

Payne also faced a lot of bullying from senior students during his secondary school, so he took lessons for boxing at his young age of twelve. He completed 11 GCSEs at St Peter's Collegiate School before attending music technology at Wolverhampton college's Paget Road Campus.

Liam Payne first stepped into the show business at the age of twelve. He served as a member of the Pink Production Theatre Company and made his appearance on the Saturday Night Fever as Tony Manero.

'' The person who has inspired me most is Pharrel Williams who I worked with a while back. I got talking to his producer recently and asked him what Pharrell was like when he was younger, and he said to me that when he was my age he couldn't press a note on a keyboard. And that was amazing to me because at 22 I thought I was too old to learn guitar,''

as he disclosed in an interview.

In 2008, Liam Payne auditioned for the fifth season of The X Factor, during the time he was only fourteen years old. However, he was eliminated at the Boot Camp stage, but Simon Cowell changed his mind and asked him to return to the judges' house stage. Again he was booted out and was asked by Cowell to come after two years.

In 2010, he returned to the show and auditioned with the song Cry me a River, Michael Buble's version, which gained him four yeses.

Payne again could not make it to Boys category at judges' houses. Other four contestants of the same age group did as well, but after a guest judge, Nicole Scherzinger's suggestion, the five boys were merged to make a boy band at the time of boot camp stage and qualified for the group's category.

The group had two weeks to practice and know each other. They performed an acoustic version of Torn at the judges' house, also their first song as a band, One Direction, successfully qualifying for the next round.

After The X Factor, One Direction including (Harry Styles, Zayn Malik, Niall Horan, and Louis Tomlinson) signed a recording contract with Simon Cowell's Syco Entertainment in 2010. The band released their debut studio album titled Up All Night in 2011.

They released their second album in 2012 titled Take Me Home, followed by their third album Midnight Memories in 2013, fourth album Four in 2014, and Made in the A.M. in 2015. One Direction is known as the only boy band who have their first five albums debut at no 1. in the 58th year history of Billboard 200 albums chart.

After the departure of Zayn Malik from the band, Liam was asked to do Malik's part.

''Liam stepped up to do the high notes. He kicks them in the bollocks every show. He doesn't hold back,''

Liam Payne started working as a producer under the monikers ''Big PAyno'' or ''Payno", collaborating up with fellow producers AfterHrs to remix various tracks including I Don't Care by Cheryl Cole in 2014.

Payne started working on future projects collaborating with Juicy J on seven tracks with more in the process, Miguel, and DJ Mustard. He has also worked in the studio with performing artist and producer Pharrell Williams.

On 22 July 2016, Liam Payne disclosed on Twitter that he signed a recording contract with Capitol Records. His first single solo Strip That Down, with Quavo and co-written by Steve Mac and Ed Sheeran, released on 19 May 2017.

The popular English singer earns a decent amount of money from his career as singer, songwriter. As of 2018, Payne's total net worth is estimated to be $69 million, only $2 million less than his former bandmate Harry Styles.

His wife Cheryl has a net worth of $40 million. The couple purchased a house together in Surrey worth £5.6 million.

While part of One Direction, the band used to sell various One Direction perfumes including, You and Eau De($23), One Direction Between Us Eau de Parfum Spray($27.98), Midnight Memories Beauty Collection($24.99), Our Moment Parfum Spray($13.89), 1D Colgate Battery Powered Toothbrush($9.22) and many more.

Payne has also designed unique luxury shoes which are made in Italy. Some of the shoes he designed include, Retro basketball($189), Fashion Low Top($204), Runner basket hybrid($244), Sporty high top($189), Fashion stars high top($264), and more.

Payne is also an ambassador for the charitable organization named Trekstock, whose goal is to encourage young adults to thrive through and beyond cancer. In 2013, Payne along with the organization held a campaign raising $784,198. The following year he raised an additional $211,237 from another campaign.

Liam Payne is currently dating Cheryl Fernandez Versini, an English dancer, singer and the judge of The X Factor. The couple began dating since 2016 and shares a son together. Their first baby was born on 22 March 2017 named Bear Payne.

Besides Paynes has been in many relationships. Payne's first girlfriend was Danielle Peazer, an English model, and professional dancer. The pair dated for two years from 2010-2012.

Later he began dated Sophia Smith in 2013, his schoolmate. They also separated after two years. Even after break up, Smith and Payne are good friends to date.

Liam Payne saved his best buddy Andy Samuel's life during an accidental fire in 2013. He also defended a waitress when few members of the Tottenham Hotspur team misbehaved with her in a club and saved famous music producer, Calvin Harris during Miley Cyrus's birthday party.