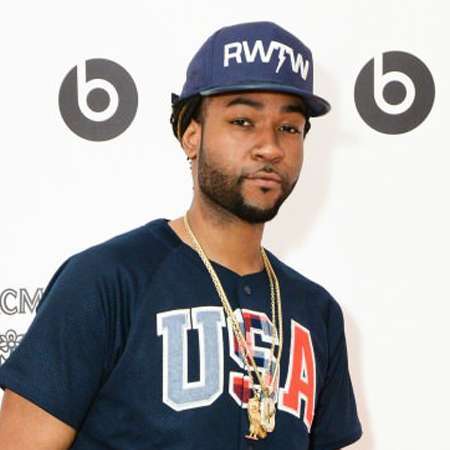 PARTYNEXTDOOR is a stylized name of PartyNextDoor. He is a Canadian emerging singer, songwriter, rapper, and record producer, born on July 3, 1993, in Mississauga, Ontario, Canada. His birth name is Jahron Anthony Brathwaite. To be precise, he got his name from FL Studio audio filter setting called 'PartyNextdoor'. He is born to his Jamaican mother and Trinidadian Father. He began his career in making music under his name Jahron B. His works includes electronic dance music and R&B.

He attended his high school at Applewood Heights Secondary School. When he was just 17 he moved to Los Angeles and got a deal as a songwriter with Warner/Chappell. Although, he decided to quite and write for himself rather than for others.

PartyNextDoor rose into fame from Drake's OVO label. He drop his first mixtape on July 3, 2013 entitled 'PARTYNEXTDOOR'. It was released on iTunes store. His album ranked sixth in Billboard Heatseekers Album and the album was sold more than 2,000 copies.

The album also numbered 34th on the Top R&B/Hip-Hop Albums chart by the week end of 20th July. PartyNextDoor also debuted his voice as background vocals on several Drake's song's such as 'Own It' and 'Come Thru' from the album 'Nothing was the Same' his third studio album.

In the same year, PartyNextDoor(PND) released his extended play 'PNDColours' and began touring around the world in cities such as North America and Europe. PND earned his name as a song writter when Rihanna released her song 'Work' from her 8th studio album on January 27, 2016. The song reached number one on the Billboard Hot 100 and stayed continuously for 9 weeks. He released 'Come and See' featuring his studio mate Drake on March 25, 2016.

PartyNextDoor is said to be currently (2016) dating with rapper Tyga's ex-girlfriend Kylie Jenner; yet aren't married. They first became in contact as a friend and later moving beyond the boundary.

Back in 2014, Kylie Jenner and her older sister Kendall both appeared in PND's 'Recognize' music video collaborating with Drake and ranked in top 10 in the US R&B. He posted a photo of his and Jenner's luxury diamond watch on his Instagram account captioned with “Diamond battle @Kyliejenner.”. It has been rumored that PND was previously related to singer Kehlanj, who allegedly attempted to suicide on March 2016.

As of 2016, his age is 22. PND is taller than you would expect, he is 6 feet 2 inches (1.86 m). Information about his exact weight is not available, however, roughly calculating he is approximately about 70 kilogram. As written in his bio this Canadian artist net worth is estimated to be $1.5 million as of 2016 and he'd probably enjoy a large amount of salary.