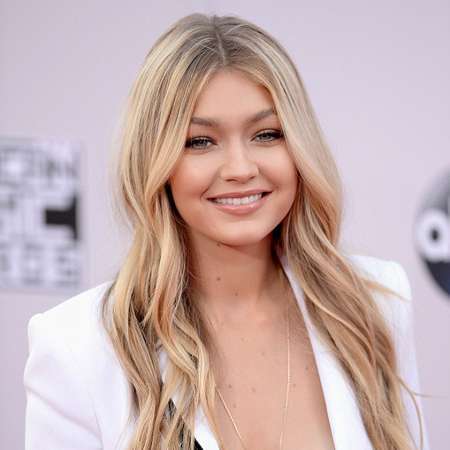 Jelena Noura Hadid, better known Gigi Hadid, is an American fashion model. IMG Models  signed her in 2013. In 2016, she became the International Model of the Year by the British Fashion Council. Gigi is one of the highest paid Victoria Secret models.

Gigi was born as Jelena Noura "Gigi" Hadid on April 23, 1995, in Los Angeles, California where she spent most of her childhood with her sister Bella and brother Anwar Hadid.

Gigi and her sister Bella Hadid have worked together as models at various occasions. Gigi’s mother Yolanda Foster is a model/actress featured in the Real Housewives of Beverly Hills. Gigi’s father, Mohamed Hadid is a real-estate developer. Her mother married music director David Foster after divorcing from Mohamed Hadid from 2011-2017. Yolonda and Foster separated in 2016 and the divorced finalized in 2017.

Hadid started her modeling career at the early age of two for Baby Guess but later stopped to focus on her studies. She attended Malibu High School, where she was captain of the varsity volleyball team as well as a competitive horseback rider.

She graduated in 2013 after which she moved to New York City to focus on her studies and also kick-start her modeling career. Gigi was accepted at The New School and she began in 2013. Keen to pursue her modeling career, Gigi eventually signed with IMG Models in 2013.

She yet again began working with Guess. She was named the face of a Guess campaign in 2012and has also been credited for doing three campaigns with Guess as an adult. Soon enough, Hadid her New York Fashion Week debut in February 2014 walking for Desigual's show.

Hadid has been the face of numerous magazine covers including Schön!, Vogue, Teen Vogue, Elle Canada as well as Harper's Bazaar Malaysia. Hadid has been noted for appearing in many music videos starting from Australian singer Cody Simpson's love interest in the video for the song Surfboard. Later, she appeared as the love interest of singer Miguel's song Simple things. Gigi starred in fashion designer Tom Ford's new Eyewear autumn/winter campaign in July 2014.

Gigi not only appears in fashion model but also appears in some TV shows and music videos. She appeared in several artists music videos including Calvin Harris, Taylor Swift, Zayn Malik and so on.

She is the amba s sador for Maybelline. Gigi is set to appear in the 2015 Pirelli calendar. She is noted to have walked for designers like Marc Jacobs, Chanel, Michael Kors, Jean Paul Gaultier and Max Mara.

Gigi Hadid is unmarried but she is in a relationship with Zayn Malik, One Direction heartthrob. The couple is dating since November 2015. They seem a perfect match for each other and appear in several events together.

She previously had an affair with singer Cody Simpson. They met when Hadid was performing on his video for song Surfboard. The couple declared their break-up in May 2015.

Gigi is currently 22 years old and is 5 feet 10 inches tall. Gigi’s blue/green eye color along with her blond hair is what makes her look sexy. She has a perfect figure with body measurements of 34-25-35 inches.

Her net current worth is estimated to be $13 million. Her topless photos were rumored to be out in the public. Gig’s diet plan and fitness exercise have been drawing a lot of attention in the social media.