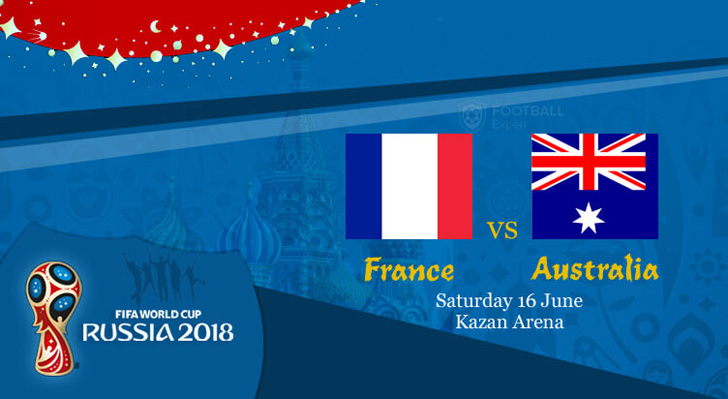 The third day of the 2018 World Cup, the first kick-off of the Group C is going to start at 11 am GMT (7 am U.S. time). In the very first game of the tournament, Les Bleus (The Blues) are going against Socceroos at Kazan stadium.

Kazan Arena is located in Kazan, Russia, with the capacity of 45,379 spectators. Completed in July 2013, the stadium has the largest outside screen in Europe.

The teams have faced each for four times in the history of football. The first match between the teams was held on May 26, 1994, in the Kirin Japan Cup. France had a 1-0 victory Over Australia in that game. 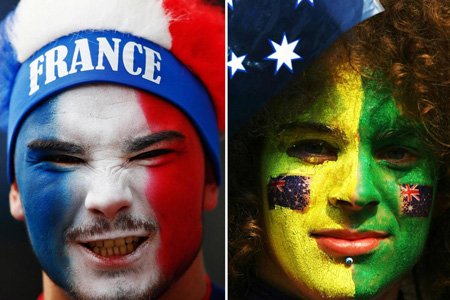 The teams had their second face-off in the 2001 FIFA Confederations Cup. The game was held on 1st June and was on the Australian side, as they had a 1-0 victory. Their third face-off in an international friendly on 11th November of the same year ended in a 1-1 draw.

The teams had their fourth face-off in an international friendly on October 11, 2013. France took a 6-0 victory over Australia in the match.

France and Australia are having their first face-off in the history of World Cup on June 16, 2018.

Ranked at 9th position in the FIFA World Ranking, France national team was formed in 1904 around the time of FIFA’s foundation on May 21, 1904. France was one of the four European teams that participated in the inaugural World Cup 1930.

Formed in early 1992, Australia is in 39th position in the FIFA World Ranking. Australia is the only national team to have been two times confederations champion, having won the OFC Nations Cup four times. The team also won the AFC Asian Cup at the 2015 event on home soil.

The team has made four FIFA appearances to date.

As per the performances, appearances, and playing skills, France has greater chances to win today's game that is going to start in few hours.