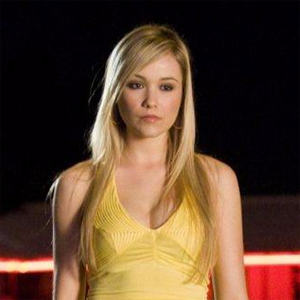 The American actress and musician Susie Abromeit received wide popularity among her fans after portraying the character of Pam on the hit Netflix series ‘Jessica Jones.’ She also made her appearances on shows like ‘Devious Maids’ and ‘Chicago Med’ respectively.

The Jessica Jones star Susie Abromeit was born on November 15, 1982, in Boston, Massachusetts, USA and grew up in Boston along with her sister Kate Merrill. Regarding her nationality and ethnicity, Abromeit is a White American. Her sister, Kate Merrill, is a two-time Emmy-winning reporter.

By the age of sixteen, Abromeit became the sixth-ranked female junior tennis player in the United States and was awarded a scholarship to study at Duke University in Durham.

While Abromeit was in University, she grew a love for music and acting and eventually decided to continue her career as an actress and singer.

Susie Abromeit began her acting career from the TV series ‘Burn Notice,’ in the year 2007. Later, she featured several important characters in TV series and films. She gained huge popularity after playing the role of Pam in the highly-anticipated Netflix original series, ‘Jessica Jones,’ in 2015.

Abromeit made her film debut, playing the lead character in the Lionsgate film, ‘Know Thy Enemy.’ After that, she also featured in several movies like ‘Beatdown,’ ‘Setup,’ and ‘Battle Los Angeles.’

Moreover, Abromeit appeared on numerous small screens shows/series including ‘Devious Maids,’ ‘One Tree Hill,’ as well as ‘The Haves and the Have Nots.’ In the year 2013, she was awarded the Best Actress award for the indie drama, ‘Diving Normal,’ in the Beverly Hills Film festival. In addition to her acting, Abromeit also plays guitar as well as writes lyrics and produces her songs.

The below-shown video shows Susie Abromeit's audition for Audition for WOLF OF WALLSTREET.

The Netflix original series, Jessica Jones' actress, Susie Abromei, 35, is not married yet. She is possibly single at present as Abromei is not dating anyone officially and doesn’t have a boyfriend.

Abromei is very secretive about her personal life as keeps every personal information far from social media and limelight. In an interview, she was quoted saying:

I like me some scruff! Yeah, I like a man with a beard, I like a manly man. I mean, he can have quirks, do some sewing or whatever. I think that’s beautiful. But then also a man who can work with his hands, who can fix anything. A man who can make me feel like a woman.

Susie Abromeit allegedly dated Bode Miller for a year. However, their relationship was supposed to be a rumor. Furthermore, Abromeit’s alleged ex-boyfriend, Miller is married to Morgan Beck since 2012.

There was also a rumor of Abromeit dating tennis star, Mardy Fish. Reportedly, their romance began in 1999. However, their affair came to an end after a year. Besides, she is an avid animal and nature lover. She has a brown colored dog and she usually posts animal pictures on her Instagram account.

To one of her hit TV series ‘Jessica Jones,' IMDb has rated 8.2 out of 10. Abromei also won the Best Actress award for the indie drama, ‘Diving Normal,' in the Beverly Hills festival in 2013.

Abromei’s Jessica Jones’ co-star, Krysten Ritter has an estimated net worth of $186 million as of 2017, according to TheRichest.  She is 5 feet 7 inches tall.