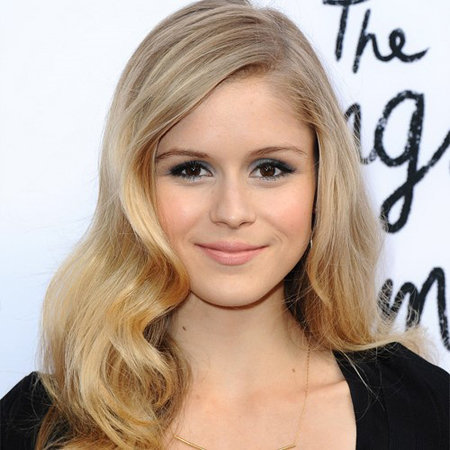 Erin Moriarty, an emerging, talented and a very beautiful American actress, is known for her roles in several movies. She currently filming Driven alongside Lee Pace, Judy Greer, Jason Sudeikis, Corey Stoll and other stars.

The twenty-three-year-old actress was born on June 24, 1994. She was born and raised in the city of New York. She is best known for her role in anthology crime drama series ‘True Detective’ as Audrey Hart. She has also appeared in several other movies and television series. Moriarty completed her high school from local high school of New York.

From an early age, acting was a passion for Moriarty. Immediately after graduation, she deferred her college acceptance to pursue her acting career. She made her debut in television by appearing in the American soap opera ‘One Life to Live (OLTL)’ as Whitney Brett in 2010.

She appeared in six of the episodes of the show. The next year, she was seen in ‘Law & Order: Special Victims Unit’ as Dru in the episode ‘Flight’.

In 2013, she was cast as a series regular in the drama series ‘Red Widow’ as Natalie Walraven. She appeared in the series in eight episodes in total. 2014 found her starring in crime drama series ‘True Detective’ as Audrey Hart, appearing in three episodes.

Finally, in 2015, she was a series regular in Melissa Rosenberg’s ‘Jessica Jones’ as Hope Schlottman. She appeared in the Marvel superhero show in seven of the episodes.

Besides television, Erin definitely hasn’t failed to shine in the movie industry. She made her film debut in 2012, by appearing in the science fiction comedy film ‘The Watch’. In the film, she played the role of Chelsea, who was the daughter of Bob McAllister (played by Vince Vaughn).

In 2013, she was cast in ‘The Kings of Summer’ as Kelly, and in 2014, she appeared in the psychological thriller film ‘After the Dark’. She played the role of Vivian in the movie

She then played in two more movies: action thriller film Blood Father with Mel Gibson as Lydia Link and drama film Captain Fantastic as Claire. She is currently busy with filming four upcoming projects; Driven, Monster Party, The Extra Ordinary Journey of the Fakir and Live Like Line.

Erin Moriarty is an unmarried woman. She is not dating anyone currently (at least publicly).  Erin is very secretive about her life. She doesn’t really share her personal life on the social media. She is possibly single right now, and is definitely unmarried, which means no affairs either.

Erin is also a very fashionable lady. Her parents are also very stylish, so they always encouraged her to explore when it came to personal style. Her personal style is fairly simple with colorful accents.

Erin Moriarty earns huge amount of money from her acting career. There is no official record of her current net worth. Her 2016 movie, Blood Father garnered $15 million in the Box office collection.