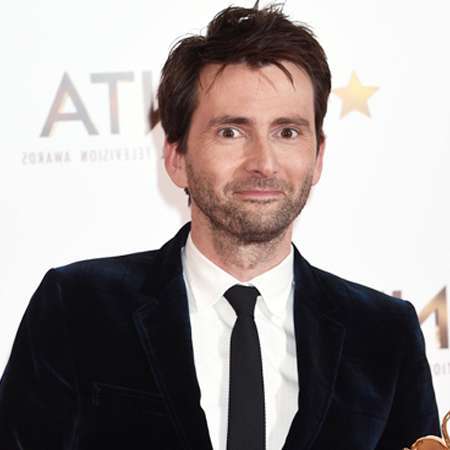 David Tennant was born on 18 April, 1971 in Bathgate, West Lothian, Scotland. His real name is David John McDonald.  He is the son of Sandy McDonald and Helen McDonald. He has two siblings: Brother Blair and Sister Karen with whom he grew up with in Ralston, Renfrewshire, where his father was the local minister. Tennant's maternal great-grandparents, William and Agnes Blair, were staunch Protestants from County Londonderry, and were among the signatories of the Ulster Covenant in 1912. William Blair was a member of the Grand Orange Lodge of Ireland. Tennant's maternal grandfather, footballer Archie McLeod, met William and Agnes's daughter Nellie while playing for Derry City.

David Tennant is a Scottish actor. He is mainly known for his role as the Tenth Doctor in the British television series ‘Doctor Who’. His major acting roles also include Alec Hardy in ‘Broadchurch’, Giacomo Casanova in ‘Casanova’, Killgrave in ‘Jessica Jones’ and Barty Crouch, Jr. in the movie ‘Harry Potter and the Goblet of Fire.’ He has also worked as a voice actor as well as in theatres, including a critically acclaimed stage production of ‘Hamlet’.

David Tennant was educated at Ralston Primary and Paisley Grammar School. He acted in school productions throughout primary and secondary school.

Tennant was a fan of Doctor Who and wanted to become an actor for the series while he was as young as three. Despite his parents wanting him to aim for more conventional work, he had made up his mindset to pursue an acting career. He made his professional acting debut when he was 16 by acting in an anti-smoking film made by the Glasgow Health Board. His major TV role was on ‘Takin’ Over the Asylum’ as the manic depressive Campbell. After that he appeared in a number of movies, TV shows as well as plays. He appeared in series such as ‘He Knew He Was Right’, ‘Blackpool’, ‘Casanova’, and ‘The Quatermass Experiment’. In film, he appeared in ‘Bright Young Things’ (2003), and later that same year appeared as Barty Crouch Jr. in “Harry Potter and the Goblet of Fire”.

In 2005, his dream of acting in Doctor Who series finally came true when he got the role of the Doctor being the Tenth Doctor in the series. After that, he appeared in a number of movies such as St Trinian's 2: The Legend of Fritton's Gold, ‘The Decoy Bride’, ‘Fright Night’, ‘What we did on our holiday’. He also lent his voice in ‘How to Train Your Dragon’.

He has also worked in videogames such as in Lego Dimensions as The Doctor and Just Cause 3 as a Propaganda Minister.

From 2005-2007, Tennant dated Sophia Myles. He married actress Georgia Moffett on 40 December, 2011. He has four children including his wife’s child from a previous relationship. He does not discuss his personal life in interview. He is also an occasional churchgoer.

David Tennant’s height is 6’1” and weight is 163lbs. His net worth is 7 million dollars. He has an estimated annual salary of 918 thousand dollars.