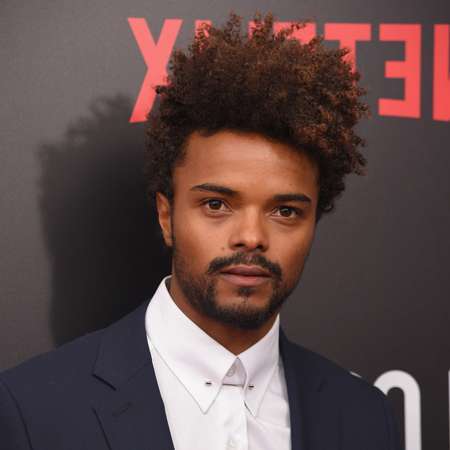 He has appeared in several films and TV series including Mr. Pip, Shelter and The Vampire Dairies. He currently appears in the Netflix series Jessica Jones, based on Marvel Comics character of the same name. He portrays Malcolm Ducasse, a drug addict neighbor of the protagonist in the “Jessica Jones.

Eka Darville was born on 11 April 1989, in Claims, Queensland, Australia. Eka Darville went to Byron Bay High School, New South Wales, Australia. He is also a musician; he’s been making music all his life. He is of Australian nationality and African ethnicity.

His father is a popular Jamaican reggae artist Ray Darwin and his mother is a Canadian and half Jamaican. She studied marine biology and lived in Australia. However, his parents are separated now.

He was interested in acting during high school and joined Victorian College of Arts. He made his career in acting starting with Sleep Over Club in 2002.

After that, he played in several movies and TV shows such as Answered by Fire, East of Everything, Blue Water High, Power Rangers RPM, The Elephant Princess, Spartacus: Blood and Sand and others.

His first role in an American series was Spartacus on “Starz”. In Jessica Jones, he plays the character Malcolm Ducasse, who was a heroin addict and one of the neighbors of Miss Jones.

At first, his character was used to reflect the soft side of Miss Jones, as she showed sympathy on him despite not having a warm heart most of the time.

In the character prep for Darville, he had to watch a bunch of YouTube videos of drug addicts in Detox. He also took part in the first season of “The Originals” and was featured in one episode in the fourth season of Vampire Diaries.

Eka Darville is a married man. He is married to his girlfriend Lila Darville for a long time, according to their Instagram. The couple also has two children together, a son and a daughter. They are living happily since their marriage without any divorce rumor.

His wife, Lila Darville, a sex and relationship coach, is helping thousands of couple to make better their physical and romantic relationship. She owns her website where she publishes articles about sex life and romantic life.

In an interview, Eka Darville revealed that as a kid, he and his friends used to play Power Rangers in a nearby sugarcane farm.

Eka Darville's net worth is 0.2 million, but it is not confirmed officially. He has amassed a huge amount of income from his career.

He currently features in the Netflix series Jessica Jones, one of the expensive shows of Netflix. According to a source, he earns $50K per episode from Jessica Jones. In 2012, his starring film, The Sapphires, earned $20,424,638 at the Box Office.