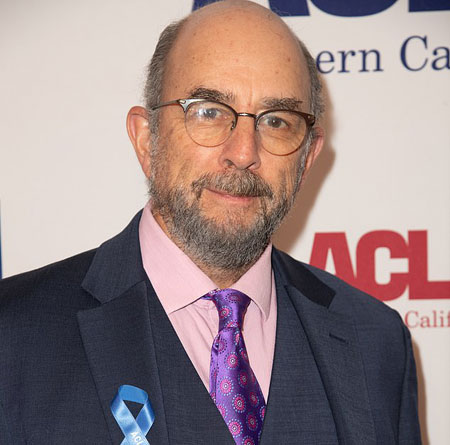 Richard Schiff was born to father Edward Schiff and mother Charlotte Schiff on May 27, 1955, in Bethesda, Maryland, America. He was born as the second of three sons of his parents. His father was a real estate lawyer, and his mother was a television and publishing executive. He has two siblings. His brother Paul Schiff is a television producer.

Schiff is American by his nationality and belongs to White ethnicity. He and his family are Jewish. Schiff is a high school drop out, but he later obtained an equivalency diploma. Then in 1973, he studied briefly at the City College of New York, however, he dropped out before graduation.

He moved to Colorado and started working in cutting firewood. He returned to New York in 1975 and again started studying acting at CCNY. There he started playing in the college's theater program.

At the beginning of his career, Schiff worked as a director and directed several off-Broadway plays including 1983's Antigone. He started working as an actor in the mid-80s and landed several roles before landing a role as White House Communications Director Toby Ziegler in the television series The West Wing.

In 1995, he portrayed a lawyer in Brad Pitt and Morgan Freeman starrer Se7en. A year later, he played the role of a corrupt probation officer in City Hall alongside Al Pacino and John Cusack. 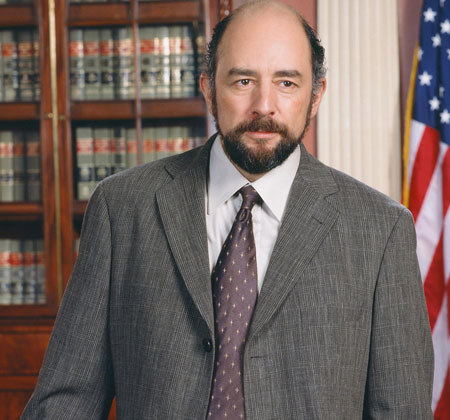 Schiff is also known for his work in the new Showtime series House of Lies along with the costars Kristen Bell and Don Cheadle. He has also been cast as a recurring actor in television series Once Upon A Time.

He portrayed George Aaronow in a Broadway revival of Glengarry Glen Ross in late 2012 and 2013. In 2015, he appeared in a Dwayne Johnson's character's boss on HBO comedy-drama Ballers. Schiff also had a regular role on TNT's crime drama Murder in the First where he played the character of David Hertzberg.

Currently, Schiff is a part of the hit ABC medical drama The Good Actor. He works as the main cast Dr. Aaron Glassman in the Freddie Highmore, Antonia Thomas, Chuku Modu, and Beau Garrett starrer television series since 2017.

The series completed its successful second season in March 2019. The third season of the show is scheduled to premiere in September 2019. The series is based on the 2013 award-winning South Korean eponymous series.

According to celebrity net worth, Richard Schiff's net worth is estimated to be around $5 million in 2019. He has earned the exquisite net worth from his decades-long career in acting and directing. Primarily, Schiff has amassed his worth from his acting career in which he is known for his appearance in The West Wing, and The Good Doctor.

Actor Schiff undoubtedly earns hundreds of thousands of dollars annually, however, his exact income and salary are not revealed yet. Meanwhile, his fellow The Good Doctor actor Freddie Highmore has a similar net worth of $4 million, and Antonia Thomas has $8 million net worth in 2019.

Actor Richard Schiff is currently 64 years old. As of 2019, he lives a happily married life with wife Sheila Kelley. He met his wife Kelley during his auditions for Antigone in 1983. After a years-long relationship, the couple tied the knot on 31st August 1996. They have welcomed a son, Gus Schiff and a daughter Ruby Schiff in their 23 years long married life. 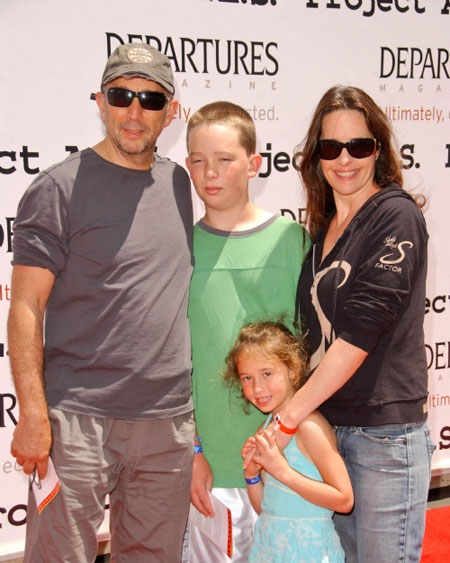 Besides, Richard is known for his political involvement as well. He is a member of the Democratic Party and supported Barack Obama in the 2008 presidential election. He had also endorsed then-Senator Joe Biden before he took his step back.