Antonia Thomas is a professional actress and singer since 2009 & saw early recognition as a reel character Alisah Daniels in Misfits (2009-11). The Bristol Old Vic Theatre School graduate then earned a stream of success in notable TV roles; portraying Evie in Lovesick (2014-18) and Dr. Claire Browne in The Good Doctor (2017-21).

Antonia Thomas was born Antonia Laura Thomas on 3rd November 1986 in London, England. She follows the Roman Catholic religion. As of early 2022, the 5 feet 1-inch tall actress is 35 years old.

An English by nationality, the Misfits actress comes from a mixed ethnic background. Thomas is the youngest daughter of three to Jamaican mother Veronica Thomas, a psychologist and an English father, David Thomas, an opera singer.

She grew up with her elder sisters: Chloe Lucy Thomas, a journalist, and Emma Jay Thomas, an actress.

Thomas graduated with a degree in Bachelor of Arts from the Bristol Old Vic Theatre School in Bristol, England in 2009, and joined the National Youth Theatre.

She is a highly-skilled painter and did a course at the Central Saint Martins College of Art & Design. She does not believe in invading only one career and has established herself in many through educating herself.

Shortly after her graduation, Antonia made her TV breakthrough in the sci-fy comedy-drama Misfits (2009-11); there she portrayed the main cast, Alisha Daniels. Not only does it earn her praise but showers her opportunities as well.

In 2012, Thomas played roles in two TV series, Stanley Park as Sadie, and The Deep as Maddy. She then appeared in 6 episodes of Homefront as Tasha Raveley and also starred in films, Eight Minutes idle as Adrienne, Spike Island as Lisa, and Rearview as Nicky.

Thomas then made her appearances in numerous TV series including Transporter: The Series (2014) as Feerara, The Musketeers (2015) as Samara Alaman, and is credited for her roles in movies like Sunshine on Leith (2013) as Yvonne, Northern Soul (2014) as Angela, and Survivor (2015) as Noami Rosenbaum.

She also starred in Coldplay's music video for the 2012 song Charlie Brown. 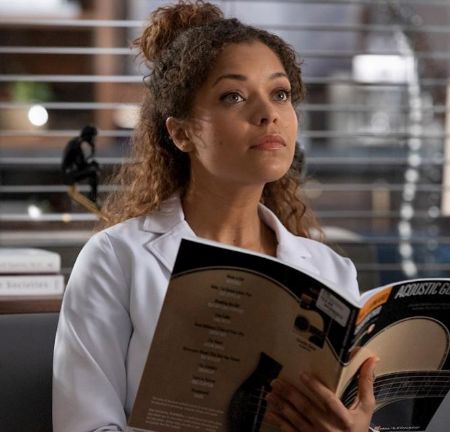 In 2017, she landed the main role of Dr. Claire Browne in The Good Doctor. There, Antonia worked until 2021, totaling 76 episodes & shared the screen with Freddie Highmore, Nicholas Gonzalez, Chuku Modu, and Beau Garrett, among others.

Since 2015, Thomas voices in the children's TV series Teletubbies. As per IMDB, she is currently working on her upcoming TV series Suspect which will be released on 19 June 2022.

As of 2022, Antonia Thomas owns an estimated net worth of $8 million. Thanks to her acting career of a decade that showered her a considerable fortune. Even though she is yet to clarify the details abot her earnings, the actress made a salary in a 6-digit figure.

Comparatively, her 'The Good Doctor's co-star Freddie Highmore also owns an $8 million net worth as per Celebrity Net Worth.

Who Is Antonia Thomas Dating?

Currently, 'The Good Doctor' actress is in an alleged relationship with photographer boyfriend Michael Shelford best known as Mortdecai. Back in 2016, during an interview with Paste magazine, Thomas confirmed having a boyfriend but didn't call out the name.

However, her cozy pictures with Shelford made many conclude he is her lover. In fact, she often shares pictures of Michael & mentioned him on her Instagram post throughout the late 2010s. But none of them confirmed if they are in a relationship officially.

Did Thomas and Shelford break up?

Even more, since 2019, Antonia seemingly has not mentioned him on IG posts or has tagged him, but also has not deleted his pictures too.

The actress Thomas has sung many songs through her incredible voice and amazing talents. She does not believe in limiting herself to only one sector.

She has sung many famous songs like Then I Met You, Make My Heart Fly, Misty Blue, Over and Done With, Over and Done, and many more.