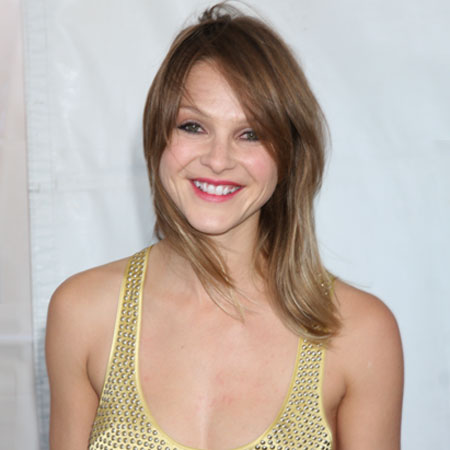 Beau Garrett is an American actress and Model. She started her career as a model in the late 1990s when she was hired by GUESS. She started her television career from an episode of the Tv series North Shore in 2004. Garrett then appeared in few TV series before landing her role in the horror film Turistas in 2006. In 2007, she portrayed the role of fictional character Capt. Raye is Marvel’s superhero film, Fantastic Four: Rise of the Silver Surfer- the sequel to Fantastic Four (2005).

Beau Garrett was born as Beau Jesse Garrett on December 28, 1982, in Los Angeles, California to  David Garrett and Randi Garrett. She was raised along with her elder sister named Autumn Garrett in Topanga, California in the Santa Monica Mountains. She is also the cousin of actor Kyle Chandler.

There would be no tribe with the matriarch. Mi madre, @flybyrandi. The OG home maker. The poet who would leave me surprise notes in my lunchbox when I was a wee lady lad. The original work out queen. The Sunday donut ambassador and the every day cook. The life of the party. The gift giver. The glue. Love you so much my crazy beautiful mother.

Garrett belongs to American nationality and regarding her ethnicity, she is a White American.

Since her childhood days, she was interested in horse riding and also joined horse boarding. At the age of 13, she was discovered by an Elite modeling agent while she was at her school and her parents also allow her in the modeling field just to pay her horse's boarding fees.

Beau Garrett's modeling career took a leap in the late 1990s when GUESS hired her. She currently works as a spokesmodel for Revlon Cosmetics brands alongside Halle Berry, Jessica Alba, Jessica Biel, and Jennifer Connelly.
She has also modeled for Double D Ranch and Cosmo Girl and has signed to Vision Management L.A.

In 2004, Beau Garrett featured as the female lead in a music video for the song “Cold” by the band Crossfade. The same year, she made her television debut from the TV series North Shore.

In 1997, she participated in the Elite Model Look and ended as one of the semi-finalists at the international finale of the contest. After that, her modeling career started.

Beau enacted in the horror film Turistas in 2006. Her acting career had begun with TV appearances in episodes of a pilot and Entourage.

She then appeared in the sequel to the hit franchise Fantastic Four’s sequel, Fantastic Four: Rise of the Silver Surfer, where she played the character of Frankie Raye along with Ioan Gruffudd, Chris Evans, and Michael Chiklis.

She enacted in the sci-fi movie Tron: Legacy alongside Oscar Wilde in 2010. The same year, she made a guest appearance in the season an episode called “Remorse of TV series House’s season 6.

Beau Garrett's Net Worth And Salary

Beau Garrett’s net worth is $11 million, according to a source. She has collected a huge amount of net worth from her acting and modeling career. Her main source of income comes from a modeling contract, brand endorsement, and films and television works. According to a reliable source, her average salary per film and television show is $200K.

Beau Garrett is unmarried and does not have children. But, she dated a few Hollywood hunk in the past. In 2007, she was in a relationship with actor Kyle Howard. The duo’s affair could not go for long last and separated in a few months.

Then, Garrett started dating actor Chris Pine in 2008. They dated almost two years and separated. After that, Garrett dated another actor Garrett Hedlund almost a year.

In 2011, Kyle Howard was in a romantic relationship with actor/director Chris Payne Gilbert. They made public their relationship in the premiere screening of the movie Commerce in July 2011.

The pair called out it quits at the end of the same year. Since then, she has not been seen publicly with a new romantic partner yet. But, her ex-boyfriend, Chris Payne Gilbert has been married to Lesly-Ann Brandt since 2015.

Garrett is a dog person who has a pet dog. And she often shares beautiful snaps with her dog on her Instagram account.