Phoebe Dynevor, an English actress saw on-screen influence from her parents- screenwriter and an actress. Turned professional since 2006, Dynevor got wide attention after portraying Siobhan Mailey in Waterloo Road (2009-10), and already seems climbing the ladder of success with a promising on-screen approach.

From 2017 to 2018, the former child prodigy appeared as the main cast  Lottie Mot in web comedy-drama Snatch, after brief TV roles in Prisoners' Wives and Dickensian. In 2020, she was in one of the lead roles Daphne Bridgerton in Bridgerton (2020).

Phoebe Harriet Dynevor was born on April 17, 1995, in Trafford, Greater Manchester, the UK. An English by nationality, Dynevor hails from a white ethnic background. As of January 2021, the 5 feet 5 inches tall actress is 25 years old.

The oldest of 3 children, Phoebe has a younger brother named Samuel and a younger sister Harriet. Her father Tim Dynevor is a screenwriter, famous as the writer of Emmerdale; while mother Sally Dynevor is an actress. Reportedly, Dynevor's grandparents were a s sociated with the TV industry as well. 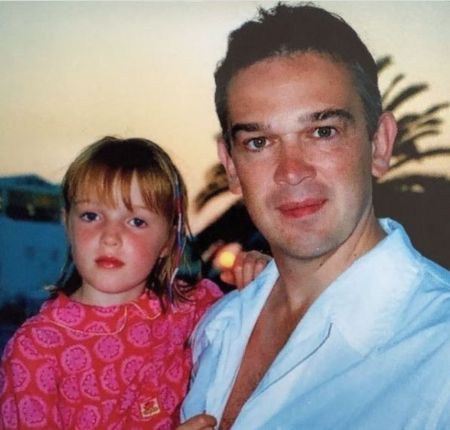 After attending Oakfield Nursery School, she went to Cheadle Hulme School in Stockport and completed her A levels. At that time, she was working as a child actress.

Acting Debut At 14 and Career Breakthrough

Then-14 years old Phoebe made her TV debut in Season 5 of Waterloo Road in 2009. There she portrayed Siobhan Mailey in 20 episodes until 2010 alongside Angela Griffin, Denise Welch, and Jason Done.

In 2017, the English actress landed as the main cast, Lottie Mott, in the web TV series Snatch, for a year until 2018 in 20 episodes. Other notable casts of the series were Luke Pasqualino, Rupert Grint, and Lucien Laviscount. 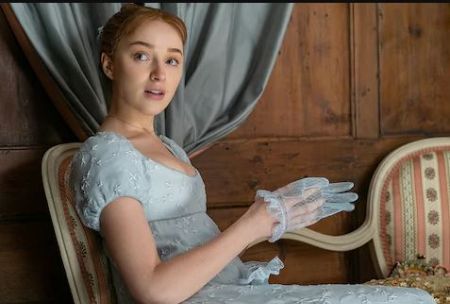 In January 2021, the series renewed for Season 2, with production resuming by Spring 2021. Reportedly, the second season based on the second book The Viscount Who Loved Me, by Julia Quinn, will revolve around the love chronicles of Jonathan Bailey's character Anthony.

Phoebe Dynevor is active in the TV industry since her teenage and records 11 acting credits in 2021. With already 14 years of career in acting, Dynevor indeed has grabbed a hefty sum. Online sources estimate that she owns a $1 million net worth in early 2021. Thanks to her notable on-screen appearances in Waterloo Road, Prisoners Wives, Dickensian, Snatch, and Bridgerton.

Allegedly, the English actress earns a salary of tens of thousand dollars per episode from TV series, though has kept the actual payroll under wraps.

Back in 2013, Dynevor was in a relationship with Simon Merrill but broke up after a year in 2014. After keeping dating highlights low-key for years, she had a short-lived romance with then-boyfriend Sean Teale in 2017.

Following her on-screen chemistry with Regé-Jean Page in Bridgerton, fans a s sumed if the duo was dating off-screen as well. However, they shut their relationship rumors stating themselves as 'good friends' only. At the moment, Phobe is not dating officially or has made any relationship hints. 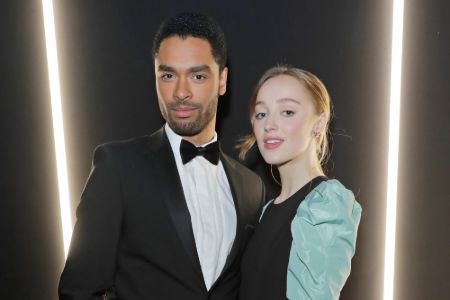 On her Instagram (@phoebedynevor) with over 1.6 million followers, Phoebe Dynevor rather posts about her professional updates than her love life. No report on her boyfriend is out and is alleged to be single meanwhile.