Jonathan Bailey is an English film, television, and theatre actor most known for playing Danny Gordon in the BBC Three sitcom Off the Hook, Flatpack in the Channel 4 sitcom Campus, Olly Stevens in the ITV serial crime-drama Broadchurch, Jack Patterson in the BBC Two comedy series W1A, and Sam in the Channel 4 comedy-drama series Crashing.

How Old is Jonathan Bailey? What is his Height?

Jonathan Bailey was born in Oxfordshire, England, on April 25, 1988, as the youngest of four siblings and the only son to his parents. As of December 2020, Jonathan Bailey is 32 years old. He has a billed height of 5 feet 11 inches (1.8 meters).

In 2018, Jonathan Bailey confirmed in a string of interviews with publications like The Times and Attitude magazine what was speculated about him for years: that he was gay.

Speaking to GuysLikeU magazine in January 2019, Bailey said the following:

“I was a ballet dancer at 11, and I was acting, so I don’t know… I was also very open with myself and at various points with my friends, so it was more that I felt I wasn’t enriched at that age – there wasn’t anything to affirm [my identity]. I was very curious and open, and that comes from having quite a supportive friendship group and family, but it would have been very different had I been someone who was openly gay, I imagine."

Jonathan Bailey began both his on-screen and on-stage acting career in the mid-nineties. On stage, Bailey has performed in plays like "Les Misérables" at the Palace Theatre in London, "King John" at the Royal Shakespeare Company, "Othello" at the Royal National Theatre, American Psycho at the Almeida Theatre, and "King Lear" at the Chichester Festival Theatre. 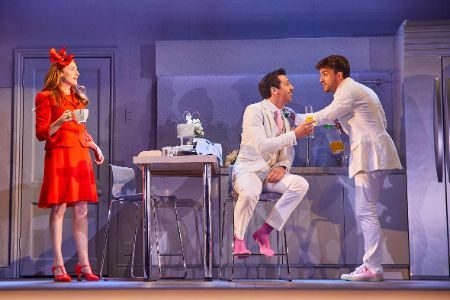 On the big screens, Bailey is known for his work in movies like Elizabeth: The Golden Age, Permanent Vacation, St. Trinian's, Testament of Youth, The Young Messiah, and The Mercy. 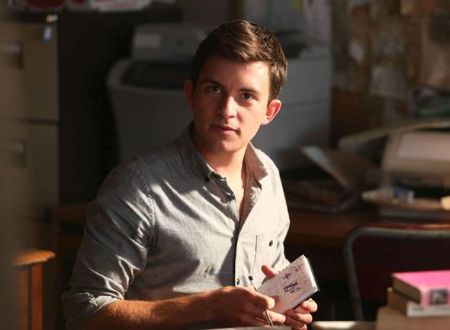 Additionally, he played Leonardo da Vinci in the CBBC historical teen drama series Leonardo, Josh in the Sky One sitcom Baddiel's Syndrome, Alfie in the BBC One comedy series Me and Mrs. Jones, and Tom Mason in the Disney Channel musical comedy Groove High.

What is Jonathan Bailey's Net Worth in 2020?

According to some online sources, Jonathan Bailey is believed to have a net worth of around $500 thousand. The 32-year-old Oxfordshire-native has been seen in several successful movies and television shows. He is most known for playing Danny Gordon in Off the Hook, Flatpack in Campus, Olly Stevens in Broadchurch, Jack Patterson in W1A, and Sam in Crashing.