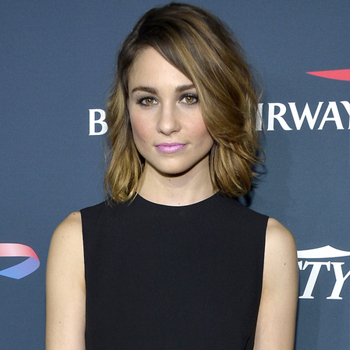 English Actress, Tuppence Middleton received a nomination for London Evening Standard Film Awards 2010 for Most Promising Newcomer. She has been portraying Riley Blue in the Netflix original series, Sense 8.

She has appeared in several of the feature films like Tormented, Chatroom, Cleanskin, Trance, and The Lady Vanishes and the television series like Bones, New Tricks, Friday Night Dinner, Sinbad, Spies of Warsaw and Black Mirror.

Early Life, Bio, and Education Of  Of Tuppence Middleton

Tuppence Middleton was born on 21 February 1987 at Bristol England from the parents Nigel and Tina Middleton.

Tuppence Middleton is mistakenly considered as if she is related to the Crown Princess of Britain Kate Middleton for her last name. However, she has no relation to her. Raised in Clevedon in Somerset, England, she has two siblings, an older sister Angel and one younger brother named Josh. She got her name after her mother’s childhood nickname given by her grandmother.

She got her education at Bristol Grammar School and has attended Arts Educational School in Chiswick, London, from where she has received an honors degree in acting. She has been famous among her friends and teachers since her school days as she was brilliant in her studies and extracurricular activities. She was found by an agent who had motivated her in the field of acting and is an actress.

Talking about the early career of Tuppence, She had been involved in school plays and also had appeared in local drama productions including a pantomime at Clevedon’s Princes Hall with her sister. She made her debut in 2008 appearing in the short film Dance Lessons where she had acted in the role of Alice. In the year 2009, she got a chance to appear in British horror/comedy called Tormented.

If you have any interest in watching me confuse and/ or bewitch the brilliant Tim Spall this Sunday, then tune into #philipkdickselectricdreams on @channel4 link to clip in bio - and here's a little interview: https://www.google.co.uk/amp/s/www.standard.co.uk/showbiz/celebrity-news/tuppence-middletonive-been-told-so-many-times-to-go-to-the-gym-it-fills-me-with-dread-a3644216.html%3famp x

Afterward, she has appeared in adverts for the chewing gum Extra and Sky TV. After her debut, she began to appear in several of the movies and television series that made her known in the British Entertainment Industry.

In 2010, she was nominated for the London Evening Standard Film Awards for the Most Promising Newcomer.

Tuppence Middleton's net worth is expected to be $4 million at present. She has earned a decent amount of salary from her career.

Tuppence is a very hardworking and dedicated actress who is always keen on learning. Her salary worth is not available but she is spending her happy and satisfied life with the salary and net worth. She is one of the popular and successful young actors in the British Entertainment that has made her way to Hollywood as well.

Tuppence Middleton has been admired by many of her fans. Despite her popularity, there is no information if she is dating anyone or has a boyfriend. However, she might have one and has kept it in disguise or she might not have as she is busy boosting her career. More of her information and pictures can be found on different internet sites like wiki, twitter, Instagram, etc. She has a very popular fan site where her pictures and photos are available.