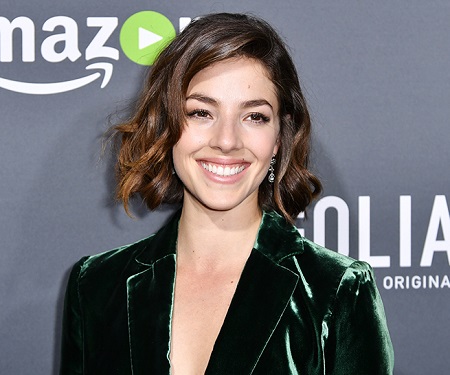 Olivia Thirlby is an actress who played Leah in the most hit 2007 comedy-drama Juno, the role she is probably better known for. She is also notable for her work in movies such as The Darkest Hour, Dredd, and more. In 2019, the actress appeared in a TV series The L Word: Generation Q and in a movie Above the Shadows.

Olivia Thirlby was born on October 6, 1986, in New York City. Her mother is an advertising executive mother while her mother is a contractor. She grew up in Manhattan's East Village with her family.

Thirlby attended Friends Seminary, an independent school in Gramercy neighborhood. She later joined the French Woods Festival of the Performing Arts in upstate New York. Furthermore, Olivia also studied at the Usdan Center for the Creative and Performing Arts.

Thirlby took tutorials at the American Globe Theatre and completed a stage combat course from the Royal Academy of Dramatic Art in London.

Olivia Thirlby, 33, made her professional debut with a role in a biographical-drama thriller United 93 in 2006. The same year, she also landed her first role in the NBC TV series Kidnapped along with Jeremy Sisto, Carmen Ejogo, and Delroy Lindo. Vanity Fair magazine also named her as a member of "Hollywood's New Wave" in June 2008.

A year after, Thirlby worked in movies like Snow Angeles, Juno, Love Comes Lately, and The Secret. Especially, the actress' performance in an acclaimed movie Juno brought her tremendous success. Her subsequent turns are New York, I Love You, Breaking Upwards, No Strings Attached, The Darkest Hour, and Dredd.

In 2019, the actress was cast in a supernatural film Above the Shadows. The same year, Olivia played Rebecca in the most hit TV series The L Word: Generation Q along with Jennifer Beals, Katherine Moennig, Leisha Hailey, Leo Sheng, Jacqueline Toboni, and Rosanny Zayas.

Olivia is also a cast member of the upcoming film You Above All.

Olivia Thirlby's estimated net worth is $2 million according to celebrity net worth in 2020. The actress has collected a major portion of her wealth from her work in many hit movies and TV shows.

In 2007, Olivia was a cast in a movie Juno which was a box office, racking up over $231 million worldwide. The movie starred Ellen Page, Michael Cera, and Jennifer Garner.

Olivia Thirlby exchanged the vows with her spouse Jacques Pienaar on 28th Dec 2014, in a beautiful wedding ceremony. Sources reported that the couple first met on the set of the 2012 film Dredd.

The two dated for a few years before they got married in 2014. They are together ever since and sharing a loving relationship together. They yet to have any child. The pair currently resides in New York City.