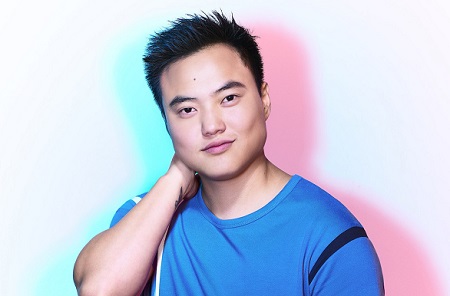 Leo Sheng is one of the promising talents in the acting world. He is famous for his first TV role as Micah Lee on the Showtime network's TV series The L Word: Generation Q. Despite being new in the industry, Sheng has quickly found his spot due to his extraordinary prowess. He was also a part of a screenplay named Adam in early 2019.

Raised By Two Mothers; Came Out As Transgender At The Age Of 12

Leo Sheng was born on May 18, 1996, in Hunan, China. As per the sources, he was adopted and raised by two mothers in Ann Arbor, Michigan. 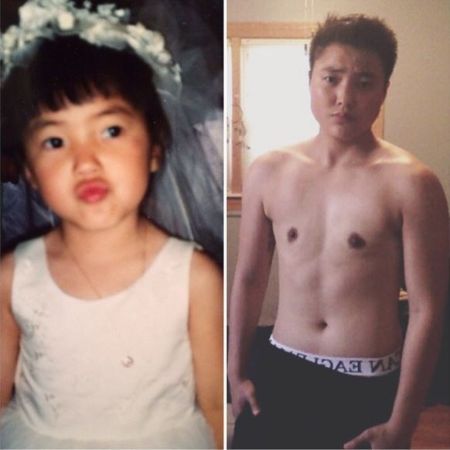 CAPTION: Leo Sheng before and after trans SOURCE: Instagram

Leo completed his Sociology degree in Bachelor in 2017. He was interested in acting since his college days and used to write scripts. A couple of his stories has been broadcasted at the Michigan Theatre so far.

He realized that he was actually trans at the age of 12. He started sharing the stories of his medical transition ever since.

Leo Sheng's first TV appearance was in the screenplay, Adam, directed and written by Ariel Schrage. In the debut acting role, he has been displayed as one of the strongest advocates for transgender people.

The series is based on the adventures of a group of friends which mostly includes lesbian. He portrayed the character of Micah Lee. He shared the screens with Katherine Moennig,  Sepideh Moafi,  Stephanie Allynne, Jennifer Beals, Leisha Hailey, Rosanny Zayas.

The Chinese actor Leo Sheng has only two acting credits under his belt. Even though he is new in acting, his career is going upward. Becoming the main cast of the show, The L Word: Generation Q, he might be getting more than $50,000 which is the average salary of an actor in the USA.

The 23 years old, Leo Sheng is currently in a relationship with a lady named Maura as per his social media. On March 2, 2018, he shared a photo of his girlfriend who is seen covering all her body to protect from sunburn. 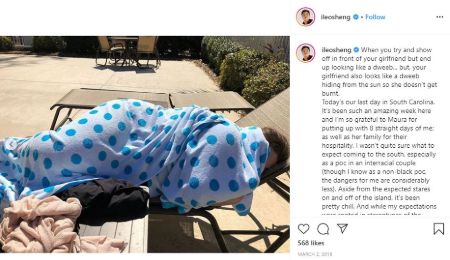 The two has never revealed when they first met and how it all started. But, as of now, they are pretty much into with each other.

Leo Sheng has tattoos on both his hands. He inked a full sleeve art on his left hand. Similarly, the rising actor also has a small art in his right hand.