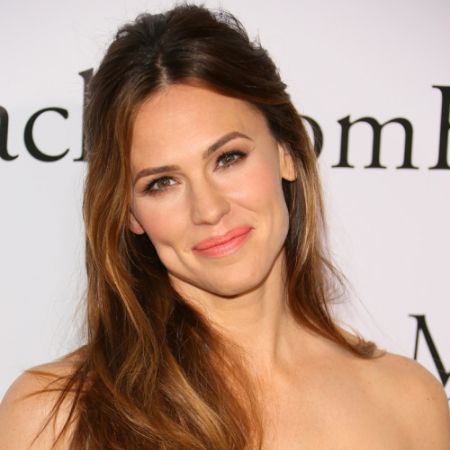 Jennifer Garner is a Golden Globe and Emmy Award-nominated actress and noted philanthropist. She has had a long and distinctive career in film and on television. She is famously known for her role as CIA officer Sydney Bristow in American espionage-thriller, Alias.

Born In A Conservative Christian Family

Her mother, Patricia Ann English, was an English language teacher at a local college, and her father, William John Garner, was a chemical engineer. She is the second of three sisters; her sisters are Susannah Kay Garner and Melissa Garner.

She was brought up in a conservative Christian household and attended church every Sunday. She went to a local high school, George Washington High School in Charleston. She enrolled at Denison University in Granville, Ohio, to study chemistry, but changed her major to theatre. She graduated in 1994 with a Bachelor in Fine Arts degree in theatre.

While still in college, Jennifer worked in summer stock theatre. Apart from acting, she became a stagehand and part of the maintenance crew. She also performed for various theatres before moving to New York in 1995.

Jennifer made her on-screen debut from the 1995 television adaptation of Danielle Steel’s romance novel, Zoya. For the next few years, Jennifer was featured in numerous television series and TV movies before she set her ways to stardom as part of the 2001 mystery-action-drama TV series, Alias.

Her portrayal of CIA officer, Sydney Bristow garnered her widespread critical acclaim. Additionally, she bagged a Golden Globe Award in 2002. Moreover, the series and Jennifer's role was nominated multiple times at the Golden Globes and the Primetime Emmys.

During its five-season run from 2001 to 2006, the series was critically and commercially successful, and Jennifer especially was singled out as being the stand-out.

Since then, Jennifer has acted in some of the most popular and critically acclaimed movies and television series. She made her feature-film debut in Steven Spielberg’s biographical crime movie, Catch Me If You Can, starring Leonardo DiCaprio. 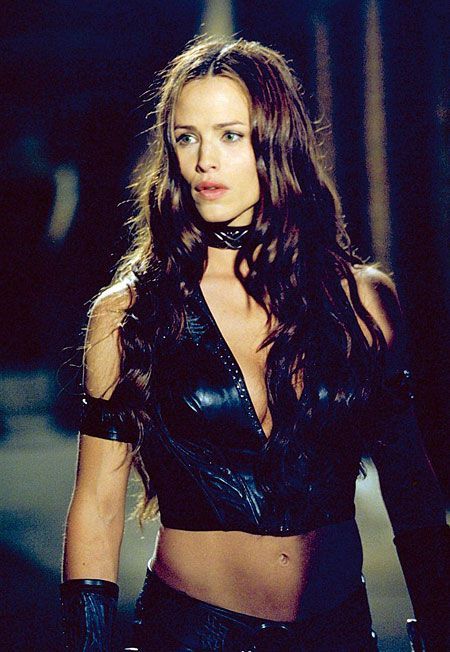 She was then cast in a co-leading role as Electra Natchios, alongside future husband, Ben Affleck in Marvel’s 2003 superhero movie, Daredevil, and star in its 2005 sequel Elektra. She also appeared as Eve in the highly-acclaimed 2013 drama, Dallas Buyers Club alongside Matthew McConaughey and Jared Leto.

Garner has been cast in some of the decades’ biggest movies and television shows since then. Her career has slowed down considerably in the last few years, however, she still makes appearances on the screens. Her most recent roles include the 2018 comedy-romance-drama, Love, Simon, and the TV series, Camping. She also has future projects currently under production like Yes Day and Fantasy Camp.

Apart from being a tenured actress, Jennifer is also a philanthropist and activist. She has been an ambassador for Save the Children since 2014 and is part of the organization’s cause to promote health, nutrition, and education for the children-at-risk and the less fortunate. She is also part of the Invest in Us campaign that promotes early childhood education and health.

As of 2019, Jennifer Garner’s net worth is around $60 million. Breaking through the industry with her standout performance in Alias, Jennifer Garner has become a mainstay of Hollywood. When she was originally cast in Alias in 2001, she was being paid $45k per episode, but following the success of the show, Jennifer’s pay was increased to $150k per episode in the series’ later run.

She was also paid handsomely for her role in the movie, 13 Going on 30. She was paid $3 million for her lead role. The movie itself made $96.5 million at the box office. She also made $7 million for her 2007 movie, The Kingdom.

In 2009, while still married to Ben Affleck, the couple purchased a mansion in the Pacific Palisades real estate in Los Angeles, reportedly worth $17,550,000. Jennifer and Ben did not agree upon a prenup prior to their marriage, so when they divorced in 2018, their assets would have to legally be split 50/50, unless negotiated otherwise.

Named frequently as one of the most beautiful women in Hollywood by such magazines as People, Maxim, FHM, and Wizard, it is no surprise that Jennifer has been involved with the who’s who of Hollywood.

She fell in love with and married her co-star Scott Foley on October 19, 2000. The pair had met on the set of Felicity in 1998 and dated soon thereafter. However, their marriage could not last and in 2003, Jennifer filed for divorce, citing irreconcilable differences, and the divorce was finalized in March 2004.

Following the breakup, she also dated her Alias co-star Michael Vartan briefly from 2003 to 2004.

Following her split with Vartan, Garner began dating Ben Affleck. The two had been acquainted on the sets of Pearl Harbor, and their friendship blossomed on the set of Daredevil. They got married on June 29, 2005, in a private ceremony at the Parrot Cay resort on the Turks and Caicos Islands in the Caribbean. 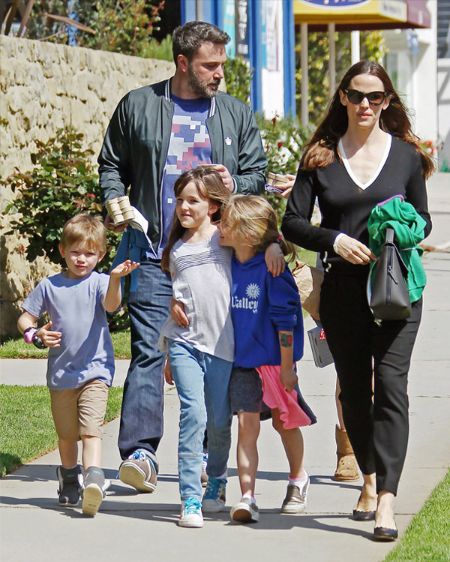 After more than ten years together, the pair announced their separation in June 2015. They remained in an amicable friendship to co-parent their still-young children. However, they stayed in separate homes.

There were rumors of reconciliation before their rocky relationship was hit with another controversy, this time in the form of an affair on the side of Ben. It was heavily rumored that Ben had been cheating on her with their children’s nanny, Christine Ouzounian. There were conflicting reports on both sides, and to make things worse, Ben was admitted into a rehab center in 2017 for his alcohol addiction.

In the end, the couple finalized their divorce in October 2018. They have shared custody of their three children. The pair is said to be on amicable terms with each other, and keep up appearances for the sake of their children.