New Couple In The Town!! Are Shawn Mendes And Camila Cabello Dating? Known About Their Past Relationships And Affairs 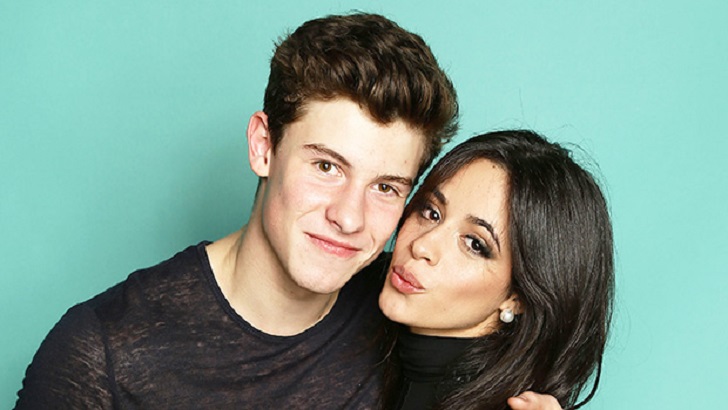 Just after a month of separating from love guru boyfriend, Matthew Hussey, it seems like American-Cuban singer-songwriter Camila Cabello has found her new boyfriend who is none other than teenage heartthrob Shawn Mendes.

After numerous romance rumors swirling around the headlines, the couple now seems to come forward to confirm their relationship. So, are they really dating? When and how did romance sparkle in between the pair?

The singers Shawn Mendes and Camila Cabello have now sealed their weeks-long speculation regarding their relationship status with a kiss. The rumored pair have been spotted kissing two days in a row which seems like confirmation on their relationship.

Recently, on 12th July, Friday, the pair was captured in Dottie’s True Café in San Francisco where they were captured locking their lips.

The source furthermore confirmed that they started kissing as he held his arm around her. The pair was chatting and looked in love.

Previously, despite all those week-long romance rumors, Shawn Mendes denied that they were a pair. When one of the fans asked him if he was seeing Camila, he denied the rumors with a head shake.

During a Q&A in LA, a fan asked @ShawnMendes if he was dating @Camila_Cabello. Mendes shook his head no. pic.twitter.com/Canynk3MvJ

Well, the Senorita singers' romance sparkled in early July when they were spotted being a little more flirty than average co-workers.

Camila Cabello And Shawn Mendes’ Past Affairs And Relationships

Before the 20 years old Canadian singer Shawn Mendes, she was in a relationship with Matthew Hussey. During an interview with Clash, Cabello revealed that she has already broken up with Matthew in June.

The couple started dating in January 2018 and was in a relationship for a year.

Back in 2015, Camila was linked with singer Michael Clifford. The couple was spotted at a dinner together. Michael even tweeted that he has a crush on her. But, after Camila’s icloud account was hacked, the pair broke up.

Similarly, Camila dated Austin Mahone in 2015, but things did not go as planned; thus, the pair broke up shortly after. He then started dating Becky G.

2015 was a rollercoaster for Camila regarding her relationship, as she was linked with Jacob Whitesides.

Regarding Shawn Mendes’ past affairs and relationships, he has always tried his best to keep his personal life away from media. Though he has not disclosed much about his relationships, one person who he definitely has dated is Hailey Baldwin.

Shawn and Hailey dated before she got engaged and later married to Justin Bieber. The pair was also spotted together on the 2018 Met Gala.

Back in 2014, Shawn tweeted that he is single and does not have a girlfriend. He also insisted that he would open up if he did have.

I don't have a girlfriend ... If i did i would tell you guys

Shawn is now linked with Camila. However, both Shawn and Camila are yet to speak up about it.