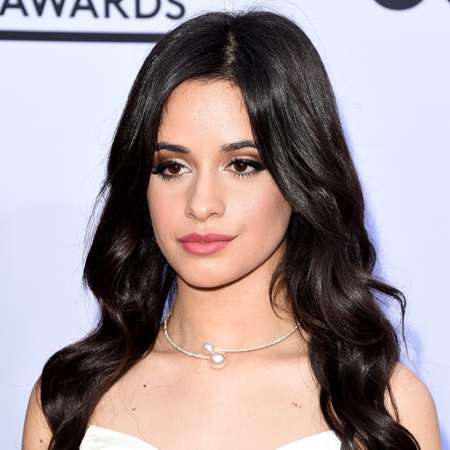 Karla Camila Cabello Estrabao, a Cuban-American singer, is known for her single Havana from the debut album Camila. She is a former member of a girl group Fifth Harmony. Camila Cabello released her debut album Camila on January 12, 2018. The album reached #1 on the US Billboard Top 200. She is the first woman in three years to hit #1 with her debut full-length album.

Camila Cabello was born on 3 March 1997, in Cojimar, Eastern Havana, Cuba. She was born to Cuban-Mexican parents. She spent her early childhood there before moving to Miami, Florida, US. Cabello and her family relocated to Miami, Florida when she was five.

Her birth name is Karla Camila Cabello Estrabao and she is often called out with her nickname as Mila, Camz, and Kaki. She is of Cuban-American nationality and mix descent (Spanish, Cuban and Mexican).

Camila Cabello attended Miami Palmetto High School but left the school in 2012 to pursue her singing career, although she later completed her high school diploma from there.

Camila Cabello auditioned for The X Factor U.S. in North Carolina in 2011.  However, she was eliminated from the audition level.
Later, she was called during the boot camp portion of the process in Miami, Florida, she was called back to the stage along with Ally Brooke, Normani Kordei, Lauren Jauregui and Dinah Jane to form the girl group which later become known as Fifth Harmony.

The Fifth Harmony finished the show in third place and eventually, they signed a joint deal with Syco Music and Epic Records. The group released the EP Better Together (2013) and two studio albums Reflection (2015) and 7/27 (2016). From 2013 to late 2016, Cabello performed in several Fifth Harmony tours.

In December 2016, she left the Fifth Harmony to start her solo career.

In November 2015, she collaborated with Canadian singer Shawn Mendes on a duet titled ‘I Know What You Did Last Summer’ which they wrote together. The song went #20 in the US and #18 in Canada Billboard chart.
Before leaving Fifth Harmony, she released her joint single ‘Bad Things’ with rapper Machine Gun Kelly, the song reached #4 on the US Billboard Hot 100.

last night i was reminded of how much i love the never be the same tour. every single show is special and feels so intimate and raw. thank you for coming, singing the songs, crying, dancing, and escaping with us! you are what makes every night so special

Havana went on to become a successful single of her career, topping the charts in countries such as the United Kingdom, Ireland and Australia.

It was later released as a remix with Daddy Yankee before releasing her album. Havana is listed in the most played songs of the Year in 2017. Havana is also one of the favorite tracks of the POTUS Donald Trump.

Camila Cabello released her debut album Camila on 12 January 2018. Her album reached #1 on the US BillBoard 200. She is the first woman in three years to hit no. 1 with her debut album and its lead single Havana also topped the charts in several countries.

Camila father was working in a private company and her mother was a lower secondary school teacher. Camila mother and father later got a divorce due to their discussions in financial capability.

Even she was planning to open her own clothing store but she changed up her mentality and later became a singer. According to her the biggest influence that she ever obtained was The X Factor and those compliments that were passed by the judges.

Camila Cabello is an unmarried woman and also seems to be singe at present. She has recently broken up with  Matthew Hussey after a year of a dating relationship. The couple met for the first time on the set of Today in Sep 2017 and started dating in Feb 2018.

Camila expressed her interest among one of the interviews she wants to start a committed relationship with her loved one and she is searching for its best time.

Previously, the singer was allegedly dating fellow singers Shawn Mendes and Austin Mahone. However, she did not reveal any of these relationships publicly.

Camila loves clicking and capturing photographs in her leisure time. She is very positive about her family and friends and loves spending time with them on her free schedule.

Camila also promised she will be flashing the name of her affair very soon as soon as she will be committed and serious about the person.

Camila Cabello learned English by watching TV and cartoons after moving to Florida from Cuba. She is a big fan of Harry Potter who spent most of her childhood by watching the Harry Potter film series. Cabello is also a bookworm and her favorite book is The Book Thief by Markus Zusak.

She is a good friend of pop star Taylor Swift who organized the 18th birthday party for Cabello. Camila also loves soccer and is a true fan of Brazil- she proudly rooted for Brazil’s national team in FIFA World Cup 2014. Camila’s great-grandfather Proculo fought with Emiliano Zapata during the Mexican revolution in the early 1900s.

Camila Cabello's Net Worth, Salary, And Major Source Of Income

Camila Cabello earns a jaw-dropping $12 million net worth as of 2019. She released her debut album Camila which went #1 on the US Billboard. It was certified as Gold album in America and Canada.

The album has sold over 119K units in the second week of January 2018. Her album is available on $9.97 for each audio cd. Her estimated earning from the debut album is $1 million.

The singer is a former member of Fifth Harmony and which was worth $5.0 million. She performed two years for the group. During her career with Fifth Harmony, she earned nearly $500K each year.

Camila Cabello has involved in various charitable works. In February 2016, she partnered with Save the Children to design a limited edition ‘Love Only’ T-shirt to help raise awareness of issues involving girls’ equal access to education, healthcare, and opportunities.

In June 2016, she helped to create the charity single Power in Me with other artists. In late 2017, Cabello joined on the song ‘Almost Like Praying with multiple Latin artists to benefit those in Puerto Rico’s Hurricane affected communities.