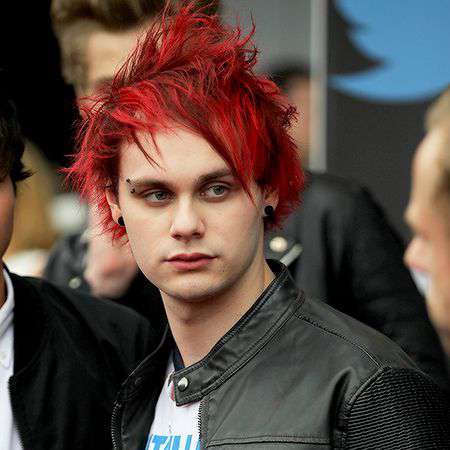 Michael Clifford is the member of one of the famous Australian rock band 5 Seconds of Summer from Sidney. He was born on 20th of November 1995, he plays guitar and live keyboards and also gives vocals as one-fourth of the Australian rock band nearby Ashton Irwin, Calum Hood, and Luke Hemmings. He is the only and proud child of Daryl and Karen. Before joining the band he was studying at Norwest Christian College where he met his future bandmates 5 Seconds of Summer. He gained much popularity over a half million YouTube views after covering Chris Brown's song 'Next to you' with his band members.

He began his music career after joining the band. In December 2011, the band added Micheal after he dropped out from the school to pursue his dreams of music. They first started posting cover songs of popular singers on YouTube. People started noticing them and their songs which lead to some publishers and labels to sign them. One direction one of the most popular band of America invited them to sing the opening act 'Take Me Home' on their world tour which became the landmark of career. It highly increased their fan base and they officially signed to Capital Records. On June 2014, they officially debut in the music world after releasing their first album then they again joined with One Direction for their 'Where We Are' tour. Some of the popular songs of the band are She Looks So Perfect, Good Girls, What I Like About You, Wherever You Are etc.

About his personal life, it is said that his parents didn't want to name him Michael Clifford instead they intended
to name him after Cliff Richard and Mickey Mouse, but the registrar had a terrible instance of pink eye and coincidentally spelt his name wrong on the birth testament. Subsequently, Mikey Gordon Clifford was born. He once dated Geordie Gray which helped the girl to gain fame. She is now an Instagram star all thanks to her relationship with 5SOS star. They are no longer together but still remain friends. He is now single but definitely, we can call him a ladies’ man because of his link-ups with many beautiful girls including Kinga Piasecki, Alexis Chiusano, Avery and much more in the past. He is not married yet and has no intention to do it sooner. He is famous among the youngster not only because he is a singer but also because of his choice in coloring his hair over the past few years he has dyed his hair green, grey, purple, pink and much more. Some of the personal facts about Michael are his middle name is Gordan and a big fan of gaming. He is not just Australian but also Scottish, German, English, and Irish. He loves to eat and play games.

He is a handsome man with a height of 6 feet 1 inches and weight of 176 pounds. The color of his eyes is green and has a great psychic. Even at this young age he has an estimated Net Worth of $10 million. He frequently communicates with his fans through different social media. His Instagram name is michaelgclifford and a Snapchat user is michaelgcliffor and can also be followed in his Twitter account @Michael5SOS.

Guitarist She Looks So Perfect