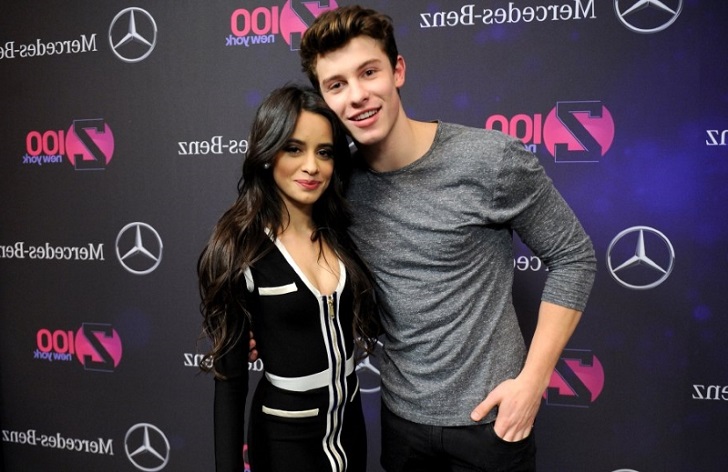 New couple alert! Singers Camila Cabello and Shawn Mendes have sealed the weeks-long speculation about their relationship with a kiss. The alleged lovebirds were spotted kissing two days in a row.

The singer duo reportedly went to Dottie's True Cafe in San Francisco Friday morning, 12th July where they were spotted locking their lips.

A source told US Weekly,

Then after, they started kissing. He had his arm around her a lot of the meal, and they were chatting-not too much laughing, but they looked in love. They were there around 10:30 a.m. and not too many people noticed who they were.

Pop Crave shared a video clip on Twitter that shows the Havana singer getting cozy with the Mendes and finally making out. Here is the clip.

Despite their PDA, the Canadian singer denied the fact that he is seeing Cabello. In a video posted by Pop Crave, a fan asked him if he was seeing the former Fifth Harmony singer which he denied with a shake of his head.

Cabello and Mendes sparked dating rumors in early July when they were seen acting a little more flirty than average coworkers.

Meanwhile, Cabello recently revealed her break up with Matthew Hussey during an interview with Clash magazine. There she said,

I've fallen in love and I've experienced life. I feel so much more alive now, an I don't feel scared anymore.

Meanwhile, Cabello told of her and Mendes' special connection in a recently released interview with Clash. There she said Mendes was one of her few friends whom she can trust.